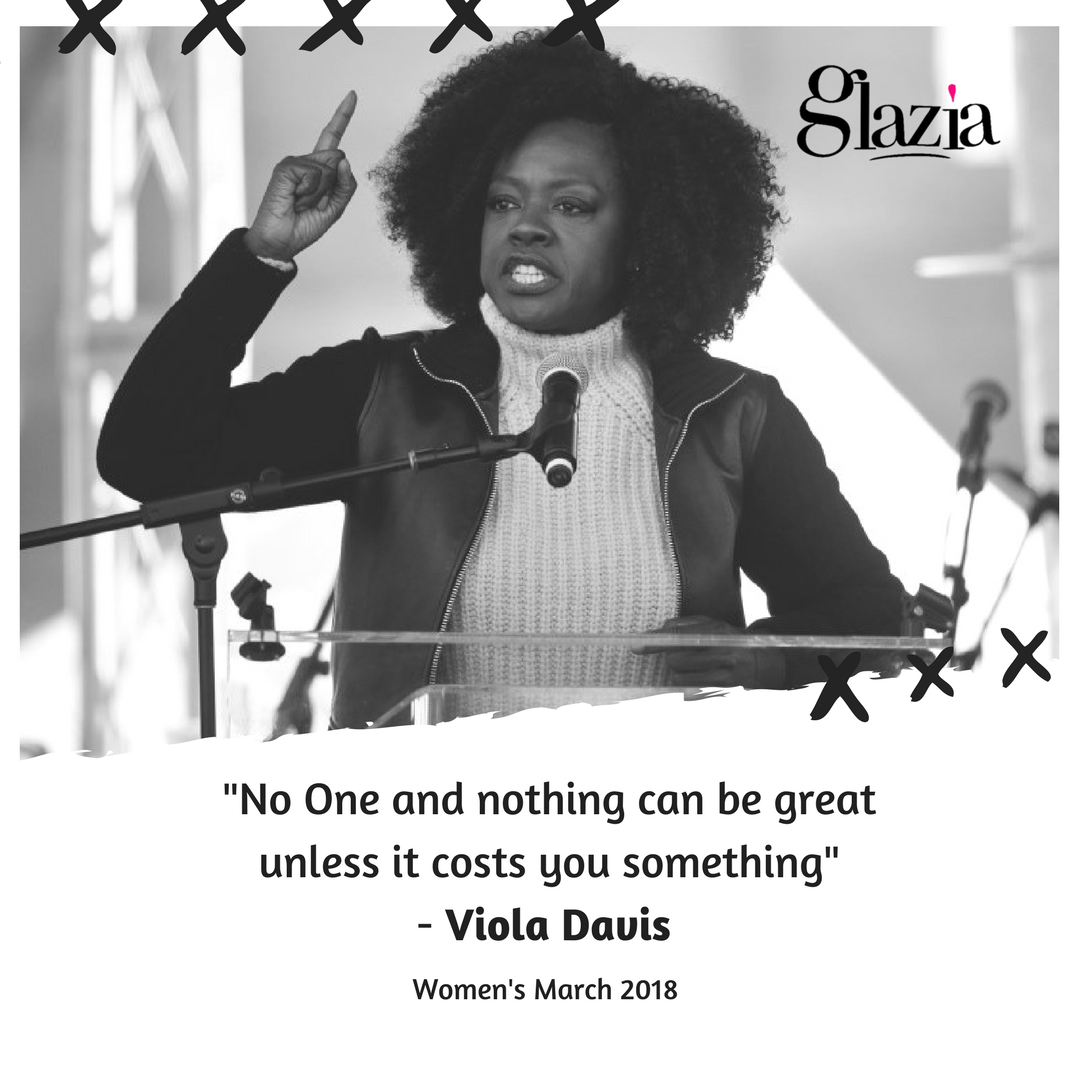 Viola Davis was one of the women who spoke at the Time’s Up + Women’s March protests held on the 20th of January and also to continue on the 21st of January.

The award winning actress gave a powerful and very emotional speech in Los Angeles. “I am speaking today not just for the ‘Me Toos, because I was a ‘Me Too,’ but when I raise my hand, I am aware of all the women who are still in silence,” she said.

The Women’s March 2018 comes a year after millions of women around the world took to the streets to protest President Donald Trump’s inauguration. With more purpose and drive this time, the movement seeks to gather momentum leading into the 2018 midterm elections

It is estimated by the Mayor’s office that over 200,000 people came out to protest in New York. Other cities where marches held include Chicago, Philadelphia, Michigan, Washington and more.

Others who spoke at the various Marches include – Natalie Portman, Halsley, Jane Fonda, Lupita Nyong’o, Eva Longoria, Scarlett Johansson and Adam Scott, to mention but a few.

Time’s Up is a movement that should reflect all around the world, standing in solidarity  and unity with the oppressed everywhere as we join our voices to protest and win against harassment, abuse, unequal pay and more.

SAG AWARDS: The Complete List of Winners and Major Highlights From The Historic Night!

5 Must-Dos For The New Year!

5 Beauty Trends to Anticipate In 2021

5 Hairstyles to Rock This New Year