Sports
2 weeks ago
by glaziang
0 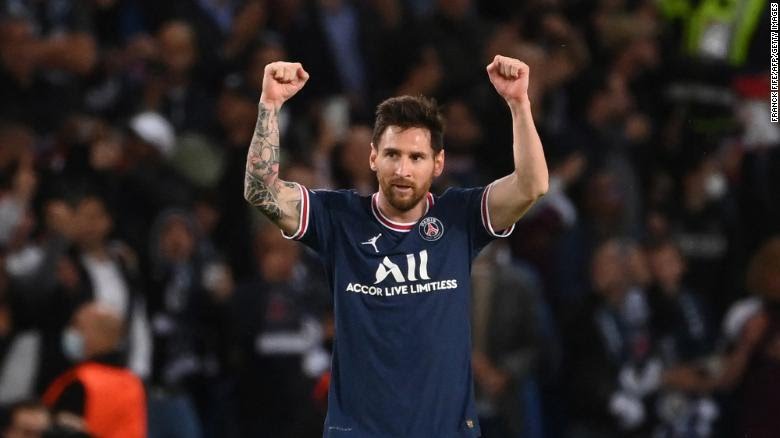 Lionel Messi’s wait for his first goal in his new club ended on Tuesday night as two of Europe’s super clubs clashed on Tuesday night. One of Boxing’s greatest names has called time on his career. Another boxing superstar is preparing to reclaim his belt.

Here are the biggest sports’ updates so far.

Lionel Messi scored his first goal for Paris Saint-Germain on Tuesday night in a 2-0 victory over Manchester City in the Champions League.

The Argentine star curled home a sublime left-footed effort from the edge of the box in the 74th minute to give the French giants a two-goal advantage.

Midfielder Idrissa Gueye had given PSG an early lead, only for Manchester City coming close to equalizing as Raheem Sterling and Bernado Silva both hit the bar in short succession.

But Messi’s goal — coming in his fourth appearance since leaving Barcelona — wrapped up the group stage victory in Paris.

After the game, Manchester City manager Pep Guardiola — who coached Messi during their time together at Barcelona where they won two Champions League titles — praised the PSG star, calling the 34-year-old “unstoppable.”

Manny Pacquiao announced his retirement on Wednesday after a legendary 26-year career in the ring.

“It is difficult for me to accept that my time as a boxer is over. Today, I am announcing my retirement,” Pacquiao said in a video entitled “Goodbye boxing” that was posted on his official Facebook page. “Wow… I never thought that this day would come. As I hang up my boxing gloves, I would like to thank the whole world especially the Filipino people, for supporting Manny Pacquiao.

“I just heard the final bell. Tapos na ang boksing {boxing is done}. Maraming, maraming salamat po [thank you very much}. God is good all the time. I was given the opportunity of representing the Philippines, bringing fame and honor to my country every time I entered the ring. I am grateful for all my accomplishments and the opportunity to inspire the fans.”

The Ukrainian stunned Britain’s Joshua on Saturday, winning by unanimous decision to take the WBA, IBF and WBO heavyweight belts.

“The rematch was written in our contract,” Krassyuk said on Tuesday.

“When we were talking to Oleksandr about the rematch, he wasn’t upset. On the contrary, he was happy.

5 Phones That Ruled The Tech World 5 Years Ago

Mid-Week Sports Update You Should Know this Year.