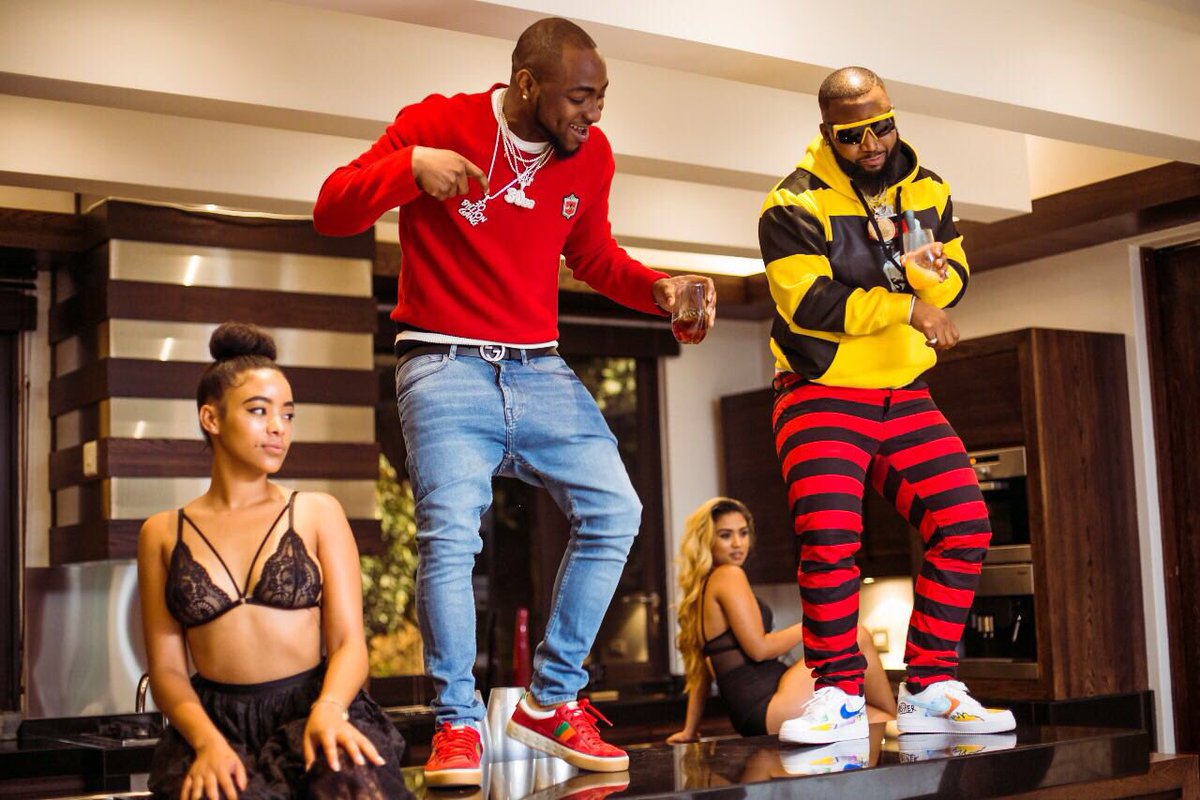 The new Cassper Nyovest and Davido song, Check On You is finally here! When two of Africa’s biggest music stars come together to record a song, there is huge anticipation and not only do we get to listen to the song, we can enjoy the video too! Gotta say the Glazia TGIF turn up begins and Check On You is on our replay list.

The song was recorded in Davido’s house earlier in January whilst Nyovest was in Nigeria to attend the Soundcity MVP Awards festival, where he won the award for the Best Hip-Hop artist in Africa and both artistes did not hesitate to tease fans with the song. The expectation was off the roof with this song and it is only expected as these are two guys who are known for back to back hits.

Produced by Fresh VDM, (behind hit songs like Davido’s ‘FIA, ‘Ada’ by DJ ECool, ft Davido; and the latest, ‘Mind’ by DMW stars), the song is a fuse between House Music and Hip-Hop.  Not the first time these two are coming together on a track, – they were both featured on Nasty C’s “Juice Back” in 2015 – Davido and Nyovest clearly had fun making the song and the video and it has such a feel good vibe.

In his typical larger than life fashion, Davido has declared the song “African Anthem” but is it? Time, airplay and the numbers will tell if this is another hit from these unrepentant hit makers. See the video below and tell us if you will be vibing to this song non-stop.

Coming To America! Damilola Elliott Set for US Photography Tour This April

OSCARS 2018 - All the Winners, The Highlights and So Much More!