Sports
3 weeks ago
by glaziang
0 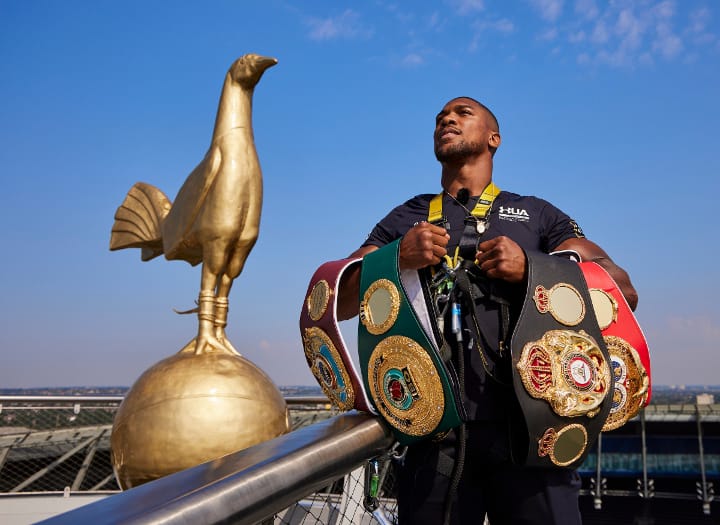 The Carabao Cup is up for grabs and English clubs are fighting to qualify for the next round. Anthony Joshua is leaving no stone unturned as he bids to defend his heavyweight belt. Golf’s Ryder cup is set for a very competitive tourney this year.

Here are the top stories rocking the world of sports

The first night of the Carabao Cup third round delivered plenty of twists and turns. With the Premier League’s European qualifiers entering at this stage, there is often an upset or two on the cards as managers shuffle their packs, but the clubs involved in continental competition all came through unscathed on a goal-filled evening.

Manchester City put six past Wycombe Wanderers. Goals from Mahrez and a rocket from Foden put the tie beyond all doubt before the half-time whistle.

Second-half efforts from Ferran Torres and Mahrez again, plus a memorable moment for Cole Palmer, took the hosts to six.

Norwich were dumped out by Liverpool. Jurgen Klopp handed a start to Kaide Gordon, who became Liverpool’s fifth-youngest debutant at just 16 years, 11 months and 13 days old.

Takumi Minamino gave the Reds a perfect start after just four minutes but Norwich were gifted a way back into the match shortly before the break.

After being awarded a penalty, Christos Tzolis stepped up but saw his spot-kick saved by the legs of Caoimhin Kelleher.

Divock Origi doubled the visitors’ advantage in the 50th minute before Minamino got his second with 10 minutes remaining.

World number three Justin Thomas has played down the United States’ favouritism at the upcoming Ryder Cup despite boasting eight of the current top 10 players in the world.

The US are seeking to reclaim the Ryder Cup at Whistling Straits starting on Friday, with Europe having won seven of the past nine events. Europe has also won four of the past five Ryder Cups.

Europe only has one player currently ranked inside the top 10, being 2021 U.S. Open champion and world number one Jon Rahm.

“You can dive as deep as you want into the pairings, into who’s sitting, who’s playing, but at the end of the day whatever team plays the best is going to win,” Thomas said.

Anthony Joshua insists he has no specific game plan for his fight with Oleksandr Usyk, other than to win.

Usyk, who has 13 knockouts from his 18 professional victories, has only previously fought twice against a heavyweight.

While the Ukrainian has insisted the pressure is all on Joshua, the reigning IBF, WBA and WBO heavyweight champion says he has no particular strategy heading into the bout.

“I’m in there with the ultimate aim of winning. My goal is to either hurt you or beat you until I get the win,” Joshua told Sky Sports.