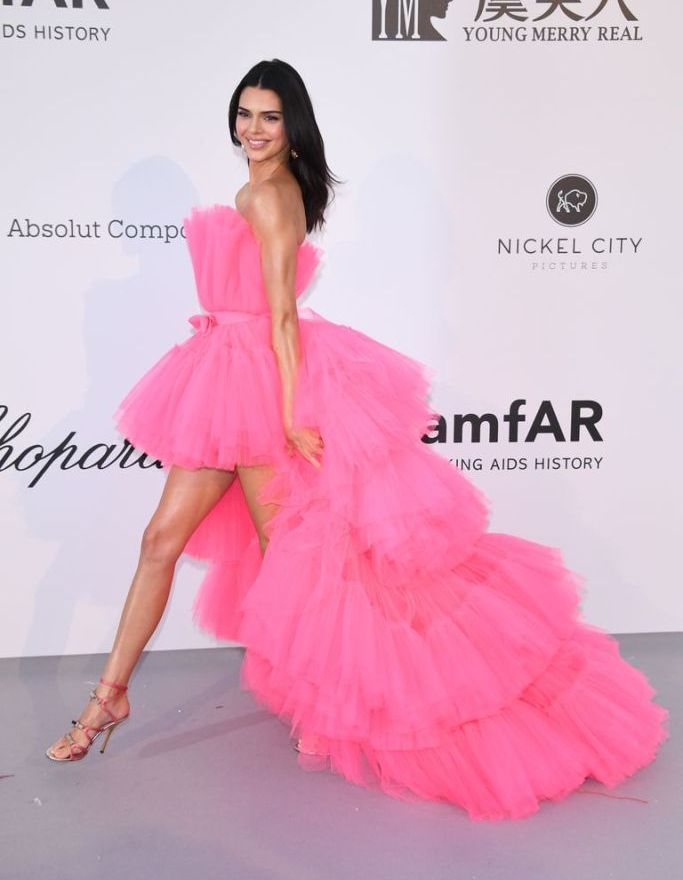 For 72 years, the who is who in Hollywood gather in French Riveria for the prestigious Cannes Film Festival for the sole purpose of celebrating the very best of cinema. At this reputable event, three things are definitely guaranteed- sunshine, stars and endless elegant outfits and this year’s edition was no different. From red carpet debuts by Selena Gomez and Margot Robbie to the youngest Cannes juror and red carpet fave, Elle Fanning, check out our favourite looks:

The How to Get Away with Murder star attended the screening of A Hidden Life (UneVie Cachée) looking like a princess in her coral coloured Zac Posen ball gown. The gown was embellished with intricate beading and a deep plunging neckline with bat-wing sleeves.
Julianne Moore

The star shimmered under the Riviera sun dressed in a short mint green ruffled Valentino dress, which she accessorized with simple nude heels and cluster earrings. She was at the event to promote her new short film (which she stars in) The Staggering Girl. 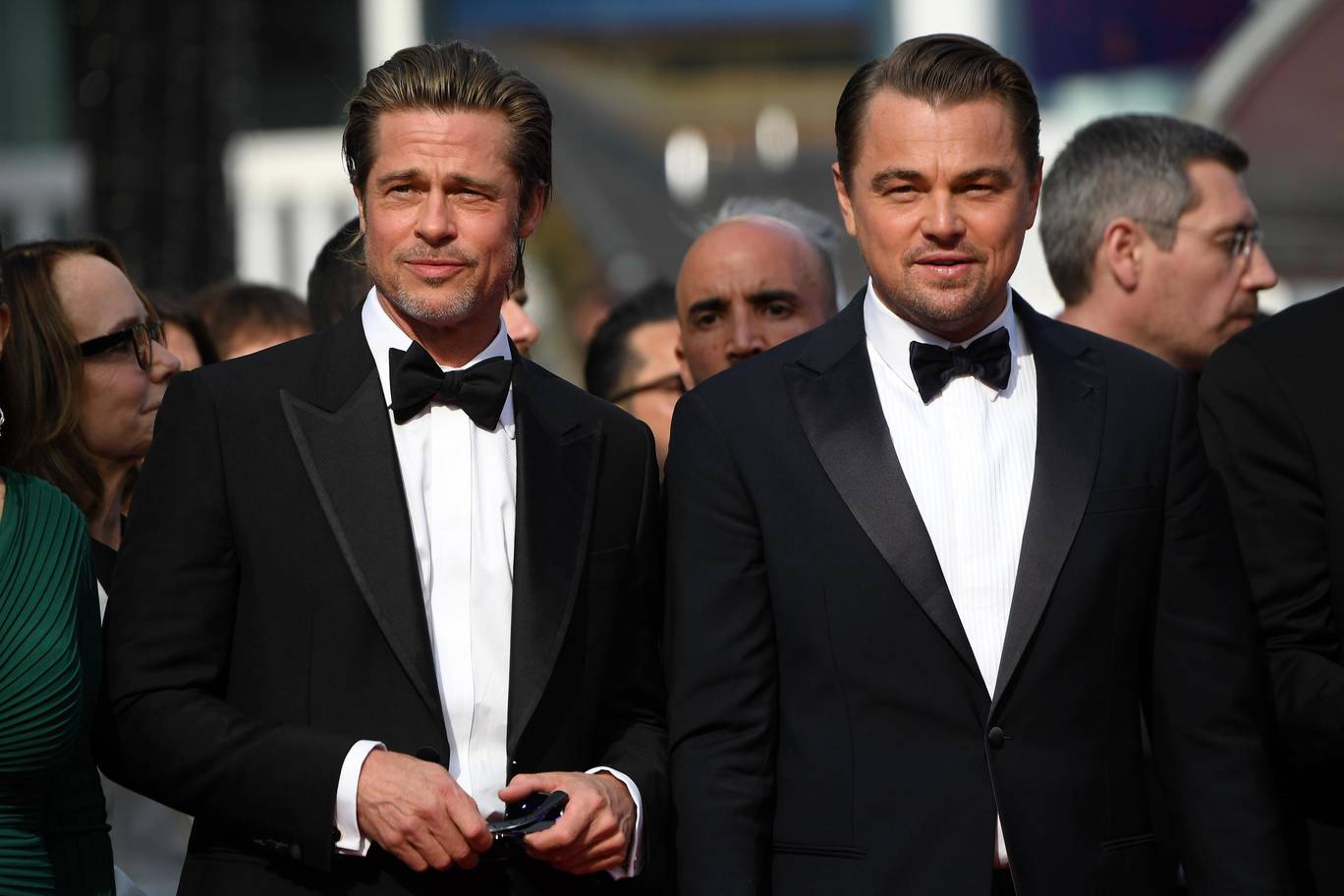 Let’s set the record straight, if these two had worn sack clothes, they would have still made it to the list. 2 times the hottie, two times the superstar, two times the tuxedo! It just couldn’t get better than Brad Pitt and Leonardo Dicaprio at the premiere of their Quentin Tarantino movie, Once Upon a Time in Hollywood. We hear the movie got a standing ovation and an applause that almost didn’t end.

Kendall Jenner turned heads at the amfAR gala in a hot pink creation from the latest H&M + Giambattista Valli creation. The stunning gown featured a tulle fabrication that could be taken off or worn in all its flowy glory. The design is a typical sample of Valli’s signature aesthetic and Kendall Jenner rocked it like the super model she is. 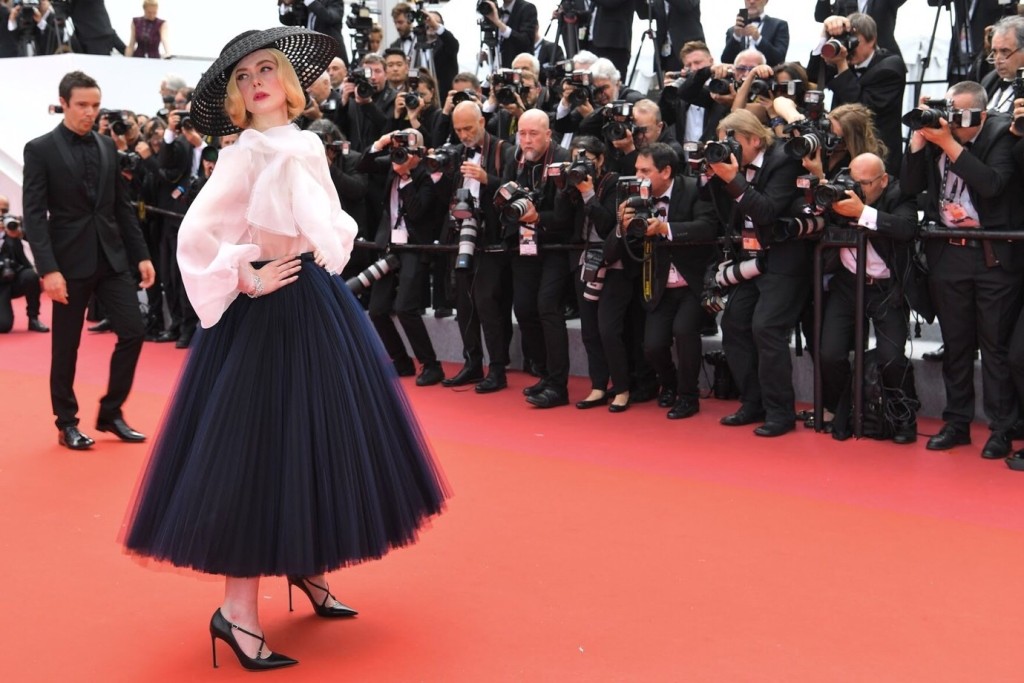 As a member of the festival’s jury- the youngest too – Elle is expected to show up for all the premieres at Cannes 2019 and girl, is she showing up and showing out? She turned heads in different outfits but the most iconic so far is this custom-couture Dior ensemble inspired by a photographer from 1947. The actress paired a full tulle skirt with an organza blouse and a wide-brim hat to the premiere of Quentin Tarantino’s Once Upon a Time In Hollywood . She looked like an old Hollywood movie star with the pose to match.

The second dress literally took her breath away as the actress is reported to have actually passed out from her corset being too tight on her vintage Prada prom dress, which she wore to the Chopard Trophy Dinner.

Winnie Harlow opted for an alligator-inspired Ralph & Russo couture dress as she attends the screening of “Oh Mercy! (Roubaix, uneLumiere)” . The sheer outfit came with a green and black sequined embellishment with Boucheron jewellery.

One of Hollywood’s favorite couple, Priyanka Chopra and Nick Jonas know how to work a red carpet. Priyanka stepped on the tapis rouge carpet looking belle in this lavish ruffled gown by Georges Hobeika alongside beau Nick  Jonas at the premiere of Les Plus Belles AnneesD’Une Vie. Hubby Nick accessorized his all-white- ensemble with black brogues and Chopard jewels.

The Once Upon a Time in Hollywood actress wore a super-pretty off-the-shoulder white sundress with her hair styled in sweet, loose plaits. She looked simple and absolutely beautiful… Just the way one should look at the French Riviera.

The Australian model came through Cannes 2019 stunning at the Once Upon a Time in Hollywood screening. She stood tall and proud in an embroidered off-the-shoulder Vivienne Westwood mini-dress with a dramatic train.

Queen of Cannes 2019? Aishwarya is not new to slaying on the Cannes red carpet. She shone bright in a daring metallic gold gown by Jean Louis Sabaji. The sparkling outfit hugged her in all the right places and showed off her perfectly toned hourglass figure. The sweetheart neckline and long train at the back added a perfect touch to the look.

The Victoria Secret Angel literally shut down the red carpet in this jaw dropping metallic gown that showed of her curves and incredible legs.The gown had tiny leotard covered in sparkling metallic shards sewn onto the bodice.

The supermodel arrived in a glittering halter neck gown with a whooping thigh high slit by Michael Kors. She accessorized with matching blue Chopard earrings and Christian Louboutin shoes.

The pop star arrived at the Cannes 2019 in grand fashion, wearing three wildly different outfits within the festival’s first two days.On Tuesday, she wore a white two-piece design by Louis Vuitton for a screening of her new film “The Dead Don’t Die.“She later changed into an off-the-shoulder mini-dress by Louis Vuitton for the Gala Dinner. On Wednesday, she opted for a navy-blue two-piece by Chanel during a photo call for her new film.

Westeros what? Whilst the world was grumbling about the GOT finale, the former Game of Thrones star was busy at Cannes 2019, looking dapper in a black bowtie at the Chopard Love Night.

The Cannes 2019 ends Saturday 25 May, what are your favourite looks at this year’s film festival? Hit us up with your answers in the comment box.

Read This Before You Buy that Skincare Product

The Best Looks From the 2018 Victoria’s Secret Fashion Show

FAMILY AT THE CENTER! Kardashian-Jenner Girls Are Latest to Feature in Calvin Klein’s #MyCalvins Campaign

12 Questions: This or That With Sariah