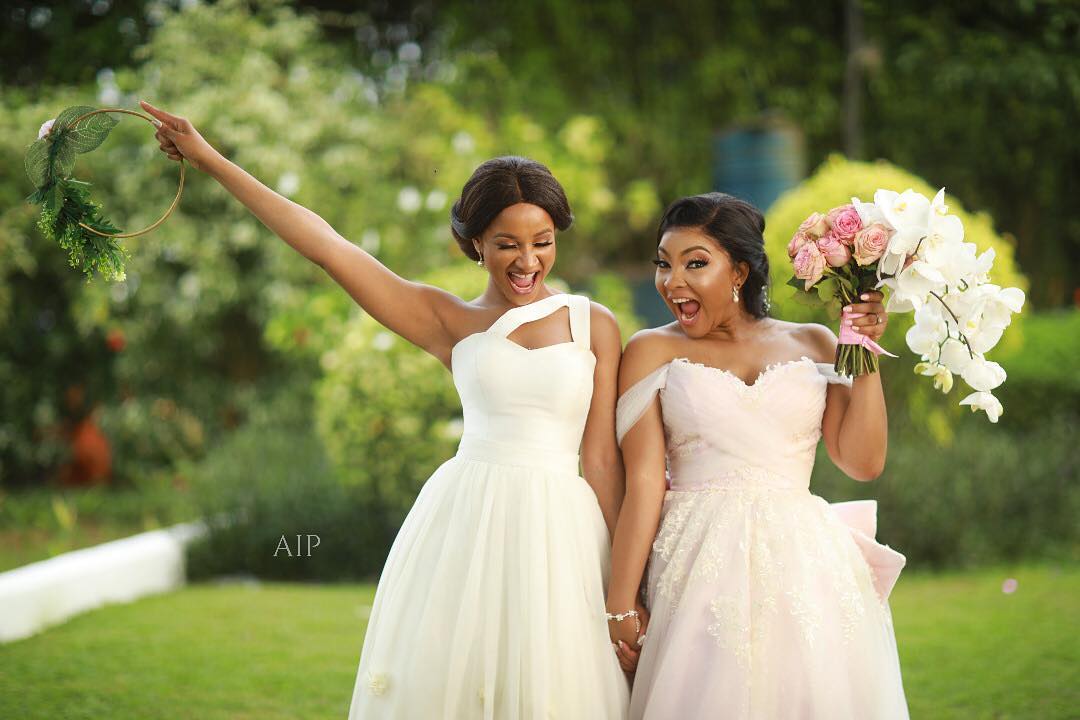 The importance of friendship cannot be over emphasized and despite the rate of controversies in the industry, some celebrities have shown us that nothing can come between genuine friendship. A friend would either help you achieve your goals or derail you from it and we guess these guys are all out to support and love each other through thick and thin.

So while some celebs focus only on working relationships, these ones have become known for maintaining enviable close relationships with their BFFs, not just in business but in companionship and support.

Not only do these four musketeers feature in the hit movie wives on strike which was produced and directed by their very own, Omoni Oboli but they also enjoy vacations with each other. In December, there was a little snafu about Omoni Oboli not attending the premiere of Uche Jombo’s movie but that’s in the past now, okurrrr?!

This duo is everything! Banky W and Captain Tunde Demuren are the real best friend goals! They have been best friends for 24 years – since they were 13years old. They created the now defunct Empire Mates Entertainment (EME) record label together and have been there for each other through thick and thin.  According to Banky W, Demuren has had a crucial role in almost everything he’s accomplished in his adult life and from all we’ve seen, it’s vice versa.

Not only can these powerhouse vocalists sing a roof down, they both go way back and would totally melt your heart with their fun personalities. They recently started a media company together and are releasing their very first film this March. Talk about girl power!

It’s really beautiful when friendship graduates to become a family bond. Not only are these actors BFFs but their wives are as well. Will their children become BFFs?

How cool is it that Adesua Etomi and her husband, Banky W are on the same list with their respective BFFs? Linda Ejiofor and Adesua Etomi are like twins, they’re are practically inseparable. This double dose of cuteness play together, slay together, and according to them, they pray together too! They both served as maid of honor at each other’s wedding, one year apart… How sweet?

Which of these best friends would you say are  the ultimate BFF goals?

Chimamanda Hosts Lupita Nyong’o at a Lavish Reception in Lagos

2Baba’s New Song ft Waje – The Beginning of a Turnaround?

The Glazia List | From Toke Makinwa to Tobi Bakre,Top 10 Style Stars of 2019 So Far…

WHO WORE IT BEST? Cardi B vs Ifu Ennada and More Fashion FaceOffs