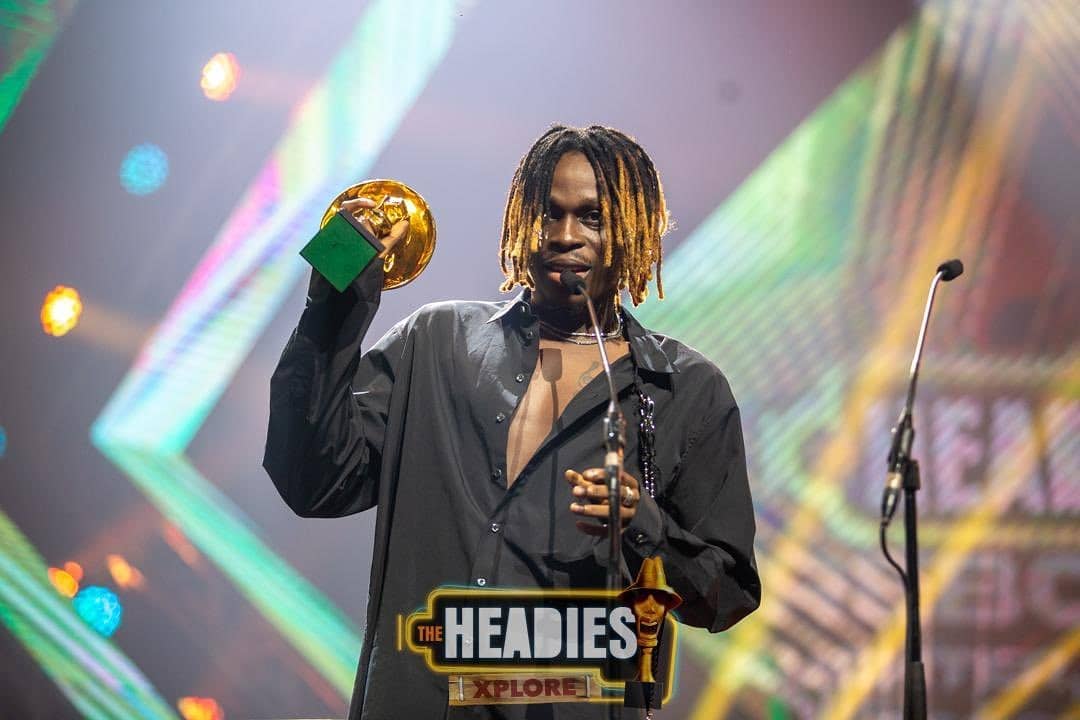 Wizkid won Artiste of the year and Viewers Choice Award amongst other Big artiste like Davido, Burna Boy and Tiwa Savage.

The award show was held mostly offline to keep with Covid 19 restrictions for Lagos, but a lot of people were able to follow the proceedings on YouTube and other streaming platforms. Comedian and MC Bovi Ugboma and actress Nancy Isime were the host for this year’s edition. Bovi came on stage dressed in a bloody Nigerian flag t-shirt, to pay tribute to the #EndSars protesters and everyone loved it. He then said;

At this point, he got a resounding round of applause and Twitter has been trending on this patriotic note. While some are happy with this, others are against it. They are saying it is against the law and he went too far. what do you think?

King Sunny Ade was also inducted into the Headies Hall of Fame.

The performances at the headies are also worthy of note. Laycon command thrilled the crowd and even added an additional verse to the award winning “Nobody” song win which he was featured. Falz who won an award for best Rap record for BOP Daddy gave an amazing performance highlighting the #EndSars protests well.

Best Recording of The Year

Best Music Video of The Year

Producer of The Year

Praiz – Under The Sky

Rookie of The Year

Ladipoe and Simi – Know you

Songwriter of the Year

Lyricist on The Roll

Song of The Year

Artiste of The Year

Today is World Thinking Day! Here's All We Know & How You can Celebrate it.

Neo Gave Vee an Epic Birthday, and We’ve Got All The Details!