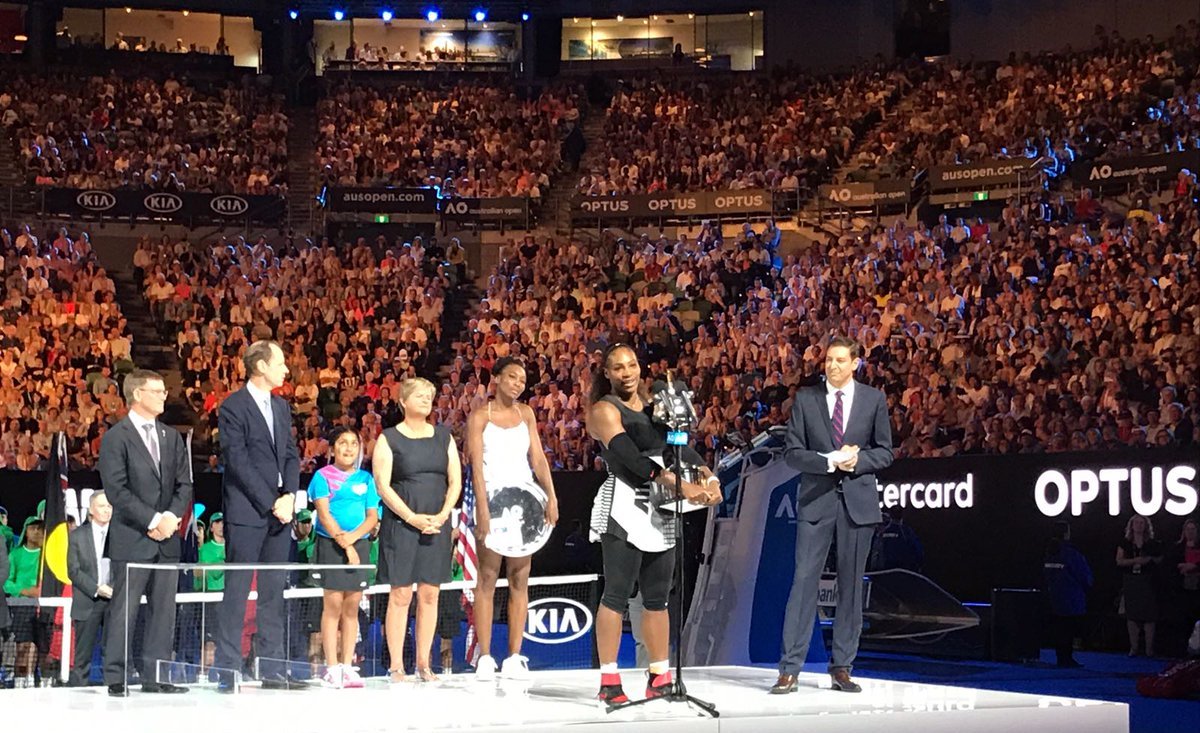 “My sister Venus is the only reason why I am standing here today”. “There’s no way I would be at No.23 without her. Without her, the ‘Williams Sisters’ wouldn’t exist.” a very gracious Serena Williams said in her speech.

With the victory, Serena moves back to world No.1, deposing Angelique Kerber, who beat her in last year’s Melbourne Park decider. Serena has now won 23 of 29 major singles. Her 23rd title also passes Steffi Graf’s 22 as the most successful women’s player in the Open era; only Margaret Court, with 24 titles across the amateur and Open eras, has more.

It cannot be ruled out that Serena would make it beyond 24 titles and hold the record for both the amateur and the open eras.

“I Want them, But I don’t Need Them” Serena Williams on Tennis Titles, Prestige & Money After Having Her Baby.