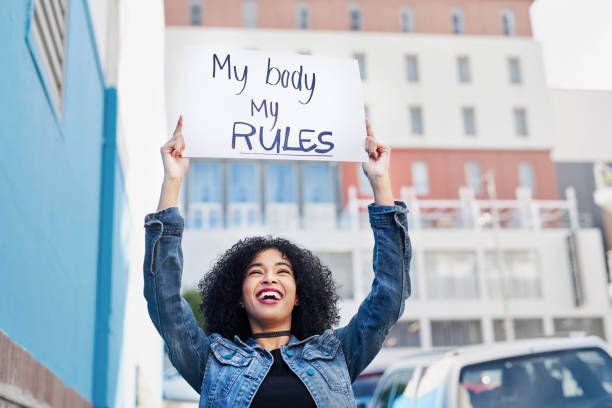 If you were active on Twitter over last weekend, you must have come across tweets mentioning words associated with reproduction; such as pregnancy, pro-choice, pro-life, abortion and Roe v Wade. Although this trend started from the United States, it has spread and almost everyone has an opinion on it.

The origin of the tweets is a case which happened in the 19th century, 1970s precisely. Norman McCorvey, known as Jane Roe, was a pregnant woman who lived in Texas where abortion was illegal. She was with her third child and was planning to abort, and thus filed a suit against the district attorney, Henry Wade.

The case Roe v. Wade unveiled controversies in the law and lasted from 1970 to 1973 when the Supreme Court finally ruled in favour of Roe as one of the fundamental rights (right to privacy) covered what a woman did to her body.

Shortly after that, in 1992, another major abortion case rose in Pennsylvania. Planned Parenthood v. Casey. At the time, there were four provisions for if women were to abort;

The case ended on a partial note. All the above-mentioned provisions were maintained, except the provision of spousal consent as it could expose women to domestic abuse.

However, a change of events occurred this year, nearly thirty years later. In June 2022, the case of Roe v. Wade was overruled, causing an uproar in the modern society. It was overruled during the case of Dobbs v. Jackson Women’s Health Organization.

What this simply means is, “The Constitution does not confer a right to abortion. Roe and Casey are overruled, and the authority to regulate abortion is returned to the people and their elected representatives.”

According to statistics, the rate of abortion was lower when it was legal than when it was illegal. Currently, the internet is divided into sets of people all over the world —the Pro choice individuals and the Pro life individuals.

On the other hand, pro life people believe that all babies should make it out alive, whether it suits the mother’s plans or not. They are of the opinion that reproduction should not be stifled and policies should be made to ensure a pregnant woman is given no other choice than to keep a baby.

Pro life individuals are mostly Christians who use the bible as backup but according to statistics, 54% of women who have has abortions in the United States are Christians.

In Nigeria, abortions are also illegal but there are pro choice individuals who wish things were different. This is majorly because women do unimaginable things to get rid of unwanted pregnancies. For example, in Nigerian boarding schools, it is rumored that young girls use cloth hangars to extract fetuses from their wombs.