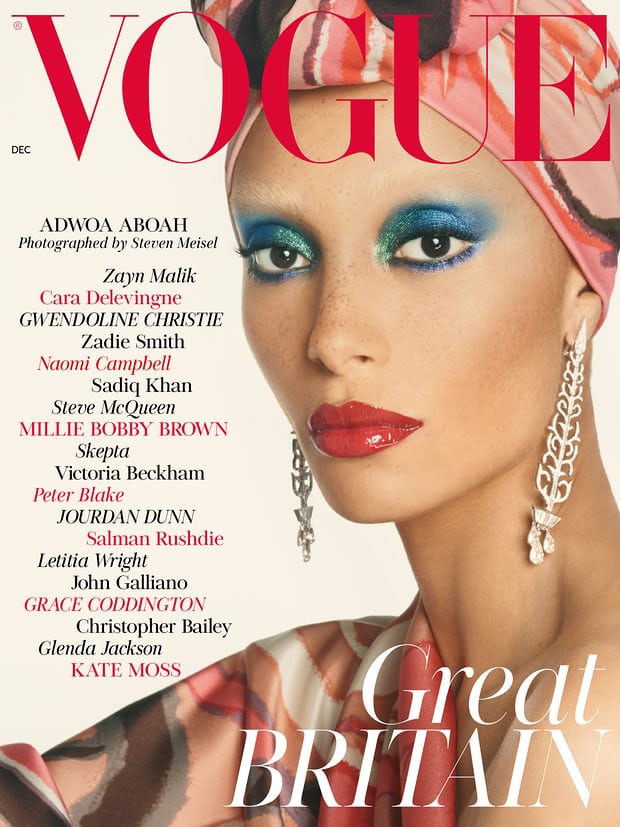 Since it was announced in August that Edward Enninful will take over the reins of British Vogue as editor-in-chief, there have been speculations and excitement as to what he would bring to the fashion table. With his very first cover starring model Adwoa Aboah , Enninful has given a hint of what to expect from his leadership at the power-house publication.  Aboah who is of British and Ghanaian descent, is also and activist and the founder of feminist platform for young women, Gurl Talks. 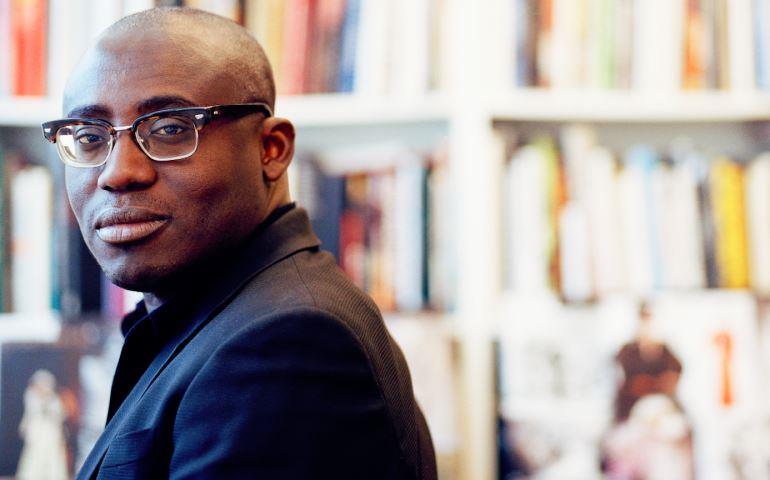 The cover-line of the December issue pays homage to Great Britain and her people; celebrating Britain’s top guns in Politics, Fashion, Entertainment and Arts. From Salman Rushdie to Victoria Beckham, Naomi Campbell, Kate Moss, Zadie Smith, Skepta, Millie Bobby Brown and more, the cover made a bold statement of embracing diversity and ethnicity.

Naomi Campbell who was announced as a contributing editor for the magazine, has been very vocal about the new direction for British Vogue and couldn’t contain her excitement about the December cover. “This is an iconic day, one we must all remember a day of CHANGE IN MOST POSITIVE WAY !!!” the supermodel wrote on her Instagram page.

For Enninful, who spoke to the BBC, “It is about diversity – showing different women, different body shapes, different races, different classes [and] tackling gender. “I wanted to create a magazine that was open and friendly; a bit like a shop you are not scared to walk into.” he said

With a strategic hashtag calling it the #NewVogue, it is clear that Enninful’s British Vogue is not here for business as usual and is ready to have strong viewpoints. The new cover hits stands on Friday, December 10th.

Romance & Finance: Your Honey and Your Money