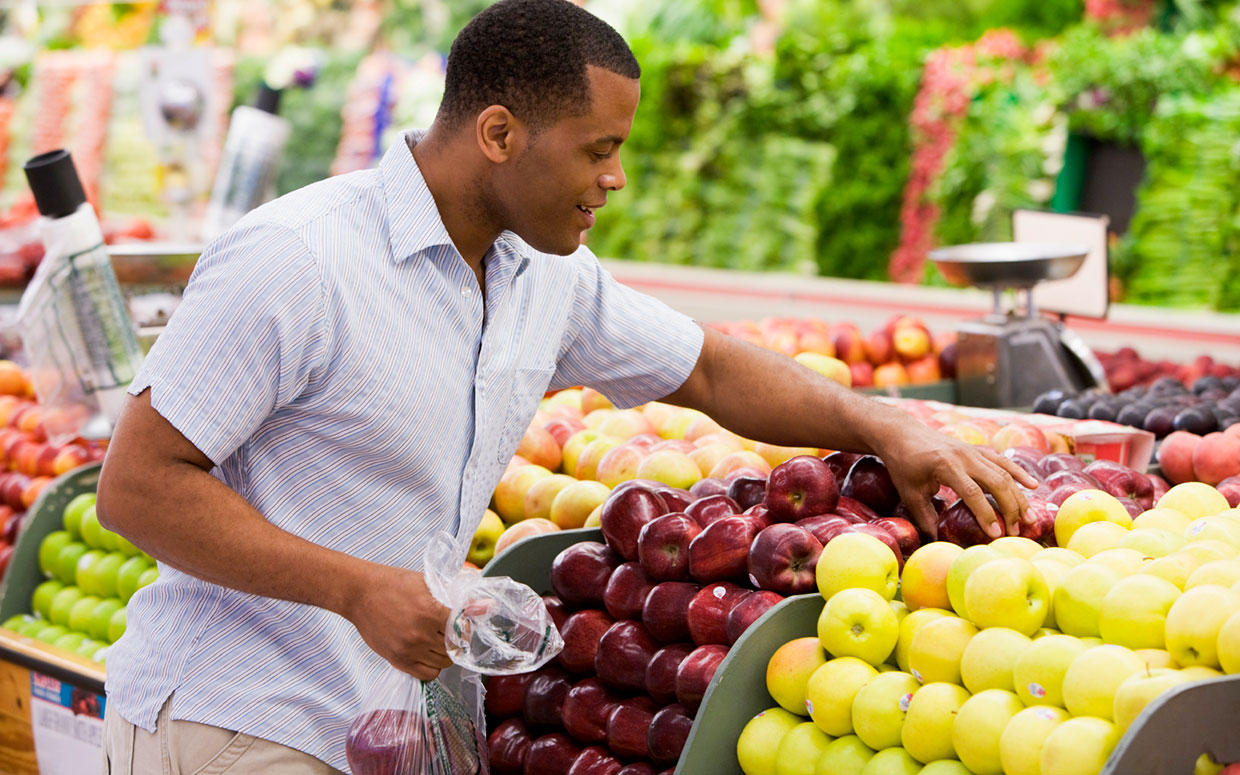 Zaz had always preferred early Saturday morning shopping, before the weekend shoppers came in and flooded the store with their overflowing trolleys (Even with the recession). The long queues at the till which still ended with her giving her money away always annoyed her; if they were giving out cash, that would be a different story.

So, there she was in the store wearing her over-worn sweat pants, t-shirt and damp hair, (Another upside to early shopping; you had an excuse to wear whatever you liked) trying to decide which air freshener to buy when he stood beside her and said something cheesy she can’t even remember. Zaz was about to turn with a look on her face that pretty much said ‘really?’ but  she could hear all the voices in her head saying ‘you have to be friendly’,  so instead she turned and smiled, and oh boy! That was all the encouragement ‘Mr Saturday Morning pick up’ needed.  He didn’t seem to mind that she looked like a mess and soon they were walking the aisles together, picking up items and having idle conversation like two old friends.

‘What’s your name?’ Zaz asked. He seemed nice enough so she had to upgrade him in her mind from ‘Mr Saturday Morning Pick Up’.

‘Mustapha Ke!’, Zaz went on in her mind. ‘Was this the Hausa man her brother had seen in his dream that made him insist that she shouldn’t bring a Hausa man home. He had called her on a Sunday morning with nothing better to say but to read out a list of all the unacceptable qualities he wasn’t going to accept in any man she brought home and apparently, a Hausa man was one of them. Zaz had found that particular conversation hilarious for the simple reason that he believed that his opinion and list actually counted. For a few minutes, she had actually contemplated pretending to be dating a Hausa man just for the pleasure of irritating him *hahahahaha*.  Well maybe this was her chance after all.

They paid for their individual items and as they walked out of the store, Mustapha asked, ‘are you driving?’

‘No, I will just get a taxi from outside’ she responded

‘Oh no, let me give you a ride please, where are you going?’ He countered

Zaz hesitated for a minute. Nice or not nice, she had all but known him for 5 minutes. What if he ended up being a ritualist and his ploy was to cosy up to unsuspecting females in the store on Saturday morning.

‘I will just drop you off, I promise’, he said sensing her reservation.

‘Okay, I am not going far off anyways’. He popped the boot and helped her store away her bags. As she entered the car, the first thing she noticed was the car seat.

WATCH OUT! Mr ‘Saturday Morning Pick Up’ May Just Be Married

Ehen! Zaz went on in her mind, all these men sef! It wasn’t like he had out-rightly toasted her but the very idea that he felt so comfortable mingling with an apparent single woman and sending out false signals when he was obviously married just didn’t seem right at all.

‘Emmm, yes I do’, he said, ‘but my family lives in Kaduna’, he quickly added

‘Is that so…’ Zaz responded. Was his family living in another city supposed to make some significant difference to her? Zaz asked herself in her mind. Abuja men sha! Oh well! What was her own in the matter; at least he was saving her the cab fare.

Mr ‘My family lives in Kaduna’ drove her home which was actually out of his way. According to him, he usually went to Kaduna for the weekend but didn’t make it down that week.

‘So what are you doing later today, maybe we can hang out?’ he asked.

See this one o! You and who? Zaz responded again in her mind. But her polite self said aloud, ‘my weekend is pretty choked up’.

She didn’t have any important plan beyond cooking and binge watching all her favourite TV series she had recorded during the week but there was no way she was going anywhere with Mr ‘My family lives in Kaduna’.

‘Haba! Not even for one hour, maybe? He pressed with a pleading voice that was supposed to get her to say yes, but only succeeded in irritating her.

‘I am afraid I can’t. Like I said my weekend is pretty choked up but thank you for the ride’, she replied firmly with no room for an argument. As he pulled up in front of her gate, she couldn’t help herself and quickly added, ‘maybe you should drive to Kaduna after all since you seem to have so much time on your hands?’

He murmured some incoherent answer that Zaz didn’t even bother to listen to as she got off the car and packed her bags. She stood not so close to his car, holding her bags and loudly said ‘thank you for the ride, Mustapha. I really appreciate. Do have a lovely weekend’. She quickly turned and walked away before he could ask for her number or anything like that.

‘Devil get behind me!’ she said aloud and entered into her house. Messing with her brother would just have to wait until some other time.

The Chronicles of Zaz – is a column where Zaz shares her single still story; dealing with family, friends, lovers (Actual, Assumed and Potential lovers) and society. But most importantly, as she walks the path to finding the 110% kind of love and marriage (fingers crossed).

PROFILING THE CITY | In Nairobi, Kenya With Metezy