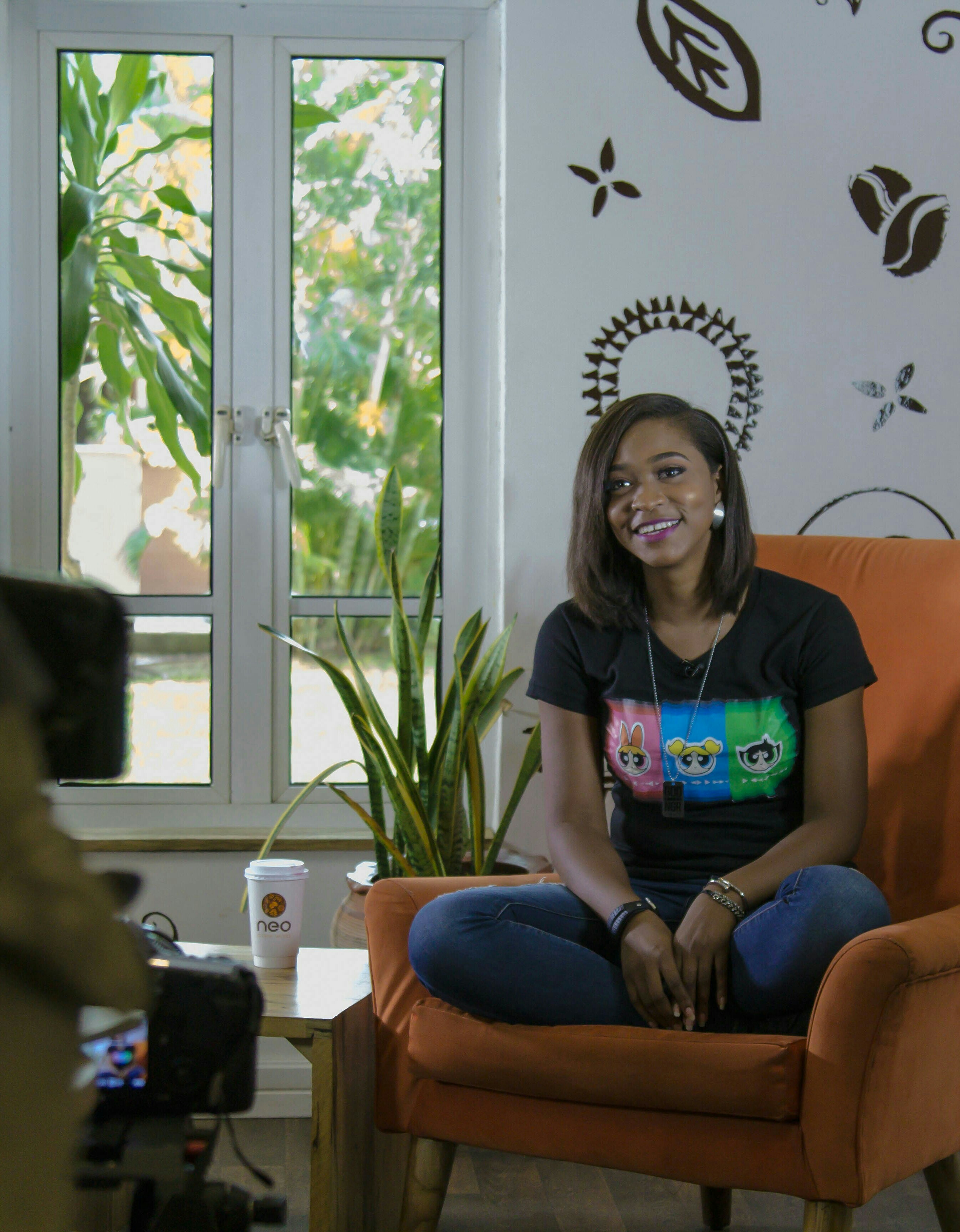 Delphine Okobah aka the Multilayered Media Mogul (MMM lol – TV/Red Carpet Host, Event Compere and Graphic Designer) has launched her Youtube Channel, The Delphinator TV! I caught up with the talented media personality for a few minutes to chat about her new venture and the inspiration behind it.

On why she decided to start this YouTube Channel which she reveals has been in the works for a while, she said: “I went to the cinema and I sat behind for a few minutes after the movie had ended like a child still expecting to be served. It was a beautiful movie but for some reason I felt like I had been suddenly dropped from the top of a five storey without warning. The couple right in front of me shared an almost similar wave of emotion as they complained sadly walking off…” Have you experienced such lately? Perhaps a movie was incredibly fun and you couldn’t wait to share reviews, agree or disagree with one another on the plot, script or directing of a movie? Delphine asked me keenly.

When she saw my very enthusiastic nod, she interjected excitedly, “Then you should totally subscribe to The Delphinator TV!”

So, describe The Delphinator TV

I share fun and quirky insights on anything and everything interesting on TV, giving viewers unparalleled reviews on feature films, short films, documentaries and the most random videos before or after they hit the big and small screens. My ultimate goal for this witty and fun channel is to promote the African film industry!

There’s so much information out there, why should anyone watch your show?

Hmm, Aside from the entertainment, you could win early bird tickets to new movies by simply subscribing to the YouTube channel!

Let’s build a community of movie enthusiasts, reviewing and sharing our stories, one video at a time. Oh, and I am also social, follow me on Twitter, Instagram and Behance @TheDelphinator

The Delphinator has shared her premiere episode, watch it below

Mariah Carey and that NYE Debacle - A True Case of Laziness