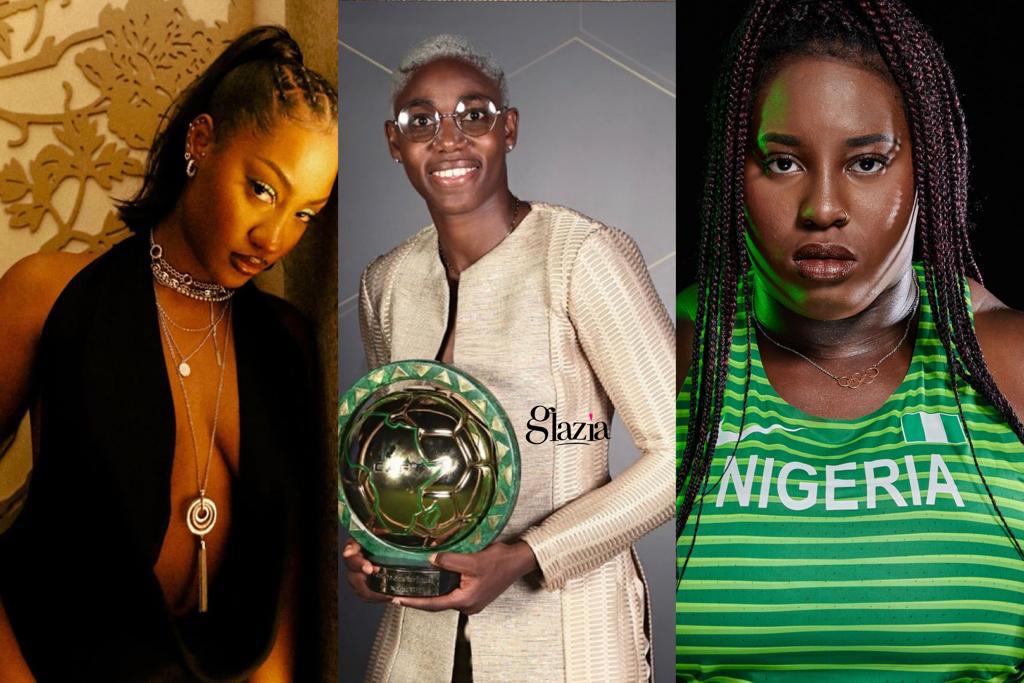 March is women’s month, set apart to appreciate and celebrate women; but since March, Nigerian women have been bagging extraordinary achievements. From sports to music, there has been an awe-inspiring record of women doing greatly.

Despite the current situation in the country, the hustle spirit of Nigerian women has been rewarded greatly, especially since July. These women have broken records in their respective fields and yet again put Nigeria on a global map.

These 10 Nigerian women have done phenomenally well, and we are giving them their flowers. See them all;

27-year-old Temilade Openiyi, known as Tems, is an RnB singer and grammy nominee who made it to the limelight with her song, Try me in 2019. Since then, Tems has shown how hard work and persistence truly do the magic with her releases, recognitions and recently received awards.

In 2020, Tems was featured in Wizkid’s Essence; which is the first Nigerian song in history to chart on the Billboard Hot 100 and the Billboard Global 200. Following closely, this year, Tems’ achievements progressed interestingly. She won the MTV Music Awards for Best Collaboration for Essence. She won BET Awards for Best International Act and Best Collaboration (Essence).

Also, in the just-released trailer for Black Panther 2; Tems is credited for her cover of Bob Marley’s No woman, No cry. The theme song for the hit movie set to hit cinemas soonest.

Super Falcon striker Asisat Oshoala continued her winning streak and broke a record in July; when she won the Confederation of African Football (CAF) Women’s Player of the Year for the fifth time.

Prior to this, Oshoala had won four gold medals; in 2014 where she was named the best player at the 2014 FIFA U-20 Women’s World Cup tournament. In 2016, 2017, and 2019 respectively. She plays as a striker for Primera División club FC Barcelona Femení and the Nigerian women’s national team.

Olarinoye, 23, won Nigeria’s first gold medal—55kg event —in the games while Lawal, 25, bagged the second gold medal in the women’s 59 kg event and Yusuf, 19, and Liadi, 19, won a bronze and silver medals in the 64kg and 76kg categories respectively.

Athletes Tobi Amusan and Ese Brume were our Women of the Week (WOTW) last week.

Amusan, 25, is a track-and-field Athlete and sprinter while Brume, 26, is a long jump medalist. Both are on a global scale for winning gold and silver medals. One at the 100metres hurdles and the other, long jump respectively at the recently concluded World Athletics Championships.

Amusan set a world record by racing within 12.06 seconds in the final round while Brume became the first Nigerian to win medals at two World Athletics Championships. Read more about Tobi and Ese here.

Chioma Chukwujindu “CiCi” Onyekwere is a track-and-field Athlete and discus thrower who became a Commonwealth Champion this month. She won a gold medal, setting a record as the first Nigerian to win it in her category. This sparked a great cheer as Onyekwere is also a full-time automotive engineer.

Obiageri Amaechi who also played discus throw at the Commonwealth games won a bronze medal with a 56.99 following Onyekwere’s 61.70 closely. Obiageri is also a published poet.

Cause and Effect: Overpopulation in Nigeria!