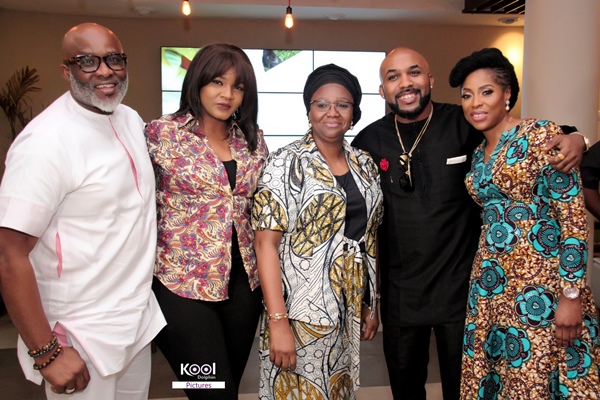 Just when you thought you’d seen all that there is to see from The Wedding Party movie, we bring you some exclusive photos. Earlier this week, EbonyLife TV hosted Professor Wole Soyinka and former First Lady of Lagos State, her excellency, Mrs Abimbola Fashola at the exclusive private screening of The Wedding Party at the IMAX cinema, Lekki, Lagos and we were in on all the fun!  Some members of The Wedding Party cast and crew, other special guests such as star actress, Omotola Jalade-Ekeinde, Ifeoma Williams and more, were also at the event. 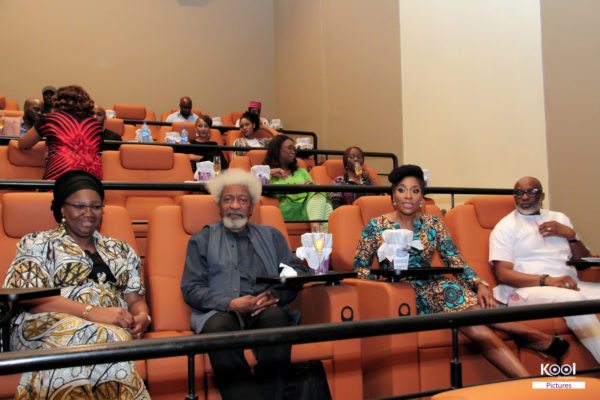 According to reports, The Wedding Party raked in N305million in 3 weeks at the cinemas, shattering entertainer, Ayo Makun’s 30 days in Atlanta record of N70m after 7 weeks and a Total is N137m many weeks after. With this, The Wedding Party now holds the record for the highest grossing Nollywood film ever! With the sucess of The Wedding Party, it is safe to say that EbonyLife TV’s foray into film making has been a good move, considering the big numbers it’s 2015 release, Fifty delivered.
Like CEO of EbonyLife TV, Mo Abudu would say, if you can think it, you can be it. Excited for the Nigerian Film industry and all the great possibilities to come. Congratulations to director, Kemi Adetiba and the entire ELFIKE Film Collective (EbonyLife Films, FilmOne Distribution, Inkblot Productions and Koga Studios).
Seen the movie yet? What was your favorite moment?
Photo Credits: GLAZIA and KOOL
Previous Article