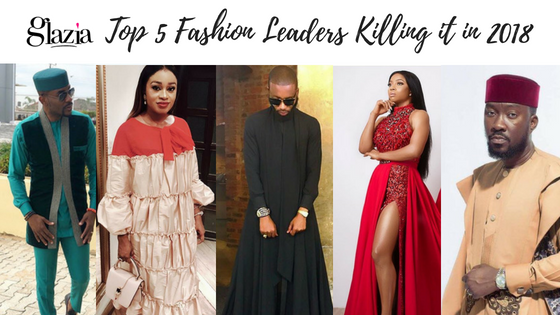 Like Marc Jacobs said, clothes mean nothing until someone lives in them. And as with all things in life, in the business of living in clothes, some people lead and others follow. No doubt, some celebrities have been making clothes look amazing with their brilliant style all through the year and we are here to recognize them for standing out in the fashion scene. So, from fashion designers to stylists and their muses, here are the top five fashion leaders who have been killing it so far in 2018. We have listed them in alphabetical order.

Ebuka Obi-Uchendu is a trained lawyer and media personality. Ebuka has been a fashion slayer but his reputation went off the roof after he became the talk of the town wearing that famous agbada at Banky W and Adesua’s wedding and he’s maintained the momentum so far in 2018.

As host of the Big Brother Naija  season 3, aside from the suspense the show provided, people tuned in just the see what Ebuka would be wearing each Sunday and boy did he live up to expectations with outfits from Mai Atafo, Ugo Monye, Vanskere and D29 Concepts.

Every outfit was a hit back to back and Ebuka has arguably become the fashion standard by which other men are judged. For someone who styles himself, Ebuka isn’t doing badly at all and could very well include fashion stylist to his portfolio.

Lanre Da Silva Ajayi is a fashion creative designer for her self-named fashion label, Lanre Dasilva Ajayi.  Launched in 2005, LDA’s eponymous brand includes ready-to wear, lace and African patterns, jewelry and hairpieces. Her elegant and bespoke outfits have been seen on celebrities such as Tiwa Savage, Rita Dominic, Mo Abudu  and many more. When Africa’s richest man, Aliko Dangote’s daughter, Fatima Aliko Dangote was going to get married, LDA was called upon to make the pre-wedding and traditional engagement outfits for the bride.

At the Arise Fashion Week, the queen of the catwalk, Naomi Campbell strutted down the runway wearing Lanre Da Silva Ajayi’s creation. Veteran supermodels, Oluchi and Ojy Okpe also walked the LDA fashion show; further cementing Da Silva Ajayi’s fashion leader status. Aside from her designs, she gives back by sharing insights at talks, fashion workshops and conferences etc. This May, Lanre Da Silva Ajayi was one of the designers showcased at the maiden edition of the Nigerian Creative Arts Exchange in Paris.

Jerimiah Ogbodo, popularly known as Swanky Jerry is a multiple award winning Nigerian fashion stylist and designer. Known for his flamboyant style, Swanky Jerry has worked with major celebrities in Nigeria and beyond including D’banj, Tiwa Savage, Tonto Dikeh and more. He recently made waves for styling Big brother Naija season 3 duo, Alex and Tobi for the Headies Awards with the Tobi and Alex ending up the most talked about attendees at the awards.

Swanky Jerry was the lucky stylist chosen to style Aliko Dangote’s daughter and son in-law for their wedding which was termed Nigeria’s biggest wedding of the year.  Swanky Jerry was also the stylist behind the DJs outfits for the unveiling of DJ Spinall, DJ Obi, DJ Cuppy and DJ Exclusive as Pepsi’s ambassadors for their “Refresh the Mix” campaign. Swanky Jerry has proven to not just be a great stylist but an influential one too with his partnership with MTN to discover the next fashion superstar. No doubt, Mr Ogbodo has been on top of his game this year.

Nigerian media personality, Toke Makinwa is one of the fashion leaders breezing through 2018 in style. Toke Makinwa who is a television host, vlogger and author has been at the fore front of Nigerian fashion and she shows this at the many events she attends nationwide. The style star has no difficulties displaying her fashion looks on her pages, to the delight of her huge social media followers, setting the tone for what to wear.

Toke also flagged off her own handbag collection and has been teasing her followers with new sets of designs soon to be released from her handbag line.

You may not have seen his face but unless you are living under a rock, you most definitely have encountered his designs. Ugochukwu Monye is the creative director of contemporary men’s fashion brand, Ugo Monye.  The designer has been at the top of his game but attention on him and his unique agabada designs (The Reale Collection) skyrocketed after media personality, Ebuka Obi-Uchendu was pictured wearing the outfit which became the most talked about piece of clothing in Nigeria in recent times. He has also styled a good number of celebrities such as Jidenna, Richard Mofe Damijo, Dr SID, Alex Ekubo, Uti Nwachukwu to name a few. 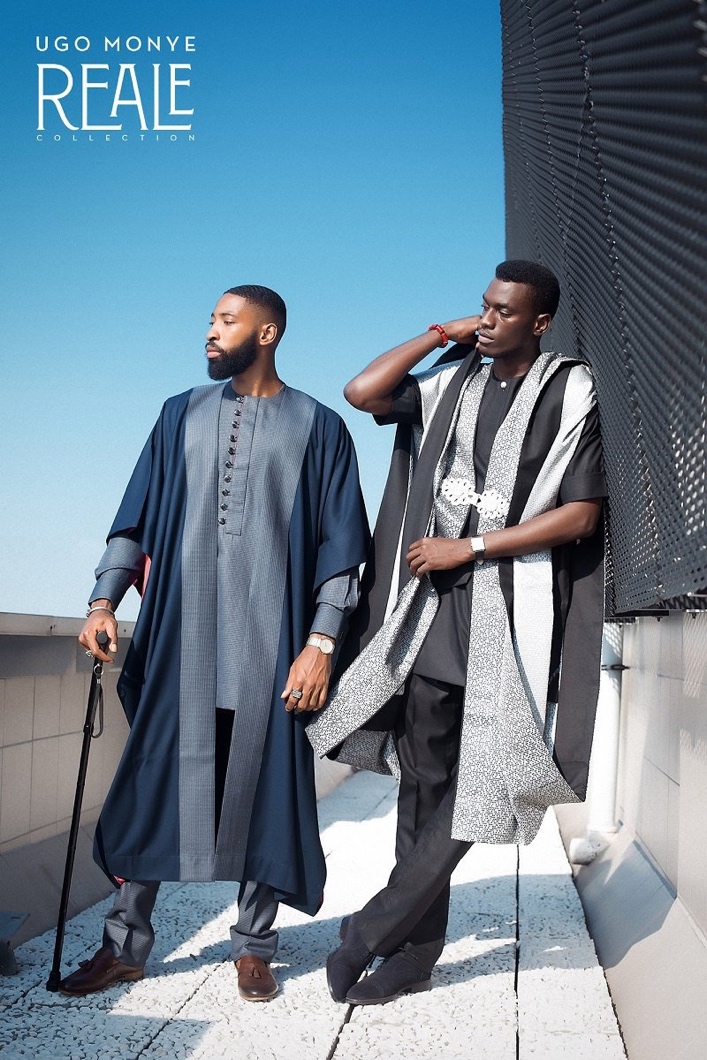 From January to April of 2018, Ugo Monye’s brand received major eyeballs from people all over the African continent with his well-made fashion adverts aired at the Big Brother Nigeria season 3. Aside from celebrities, you will find royalties across Africa and people from corporate Nigeria strutting their stuff in Ugo Monye’s designs.

LIVING | An Economic Letter from Korea

The Lagos Edition of Africa Communications Week was a Blast! See Photos and More

The Return of the Pony FT Mercy Eke, BamBam, Toke Makinwa and More