Entertainment
4 weeks ago
by glaziang
0 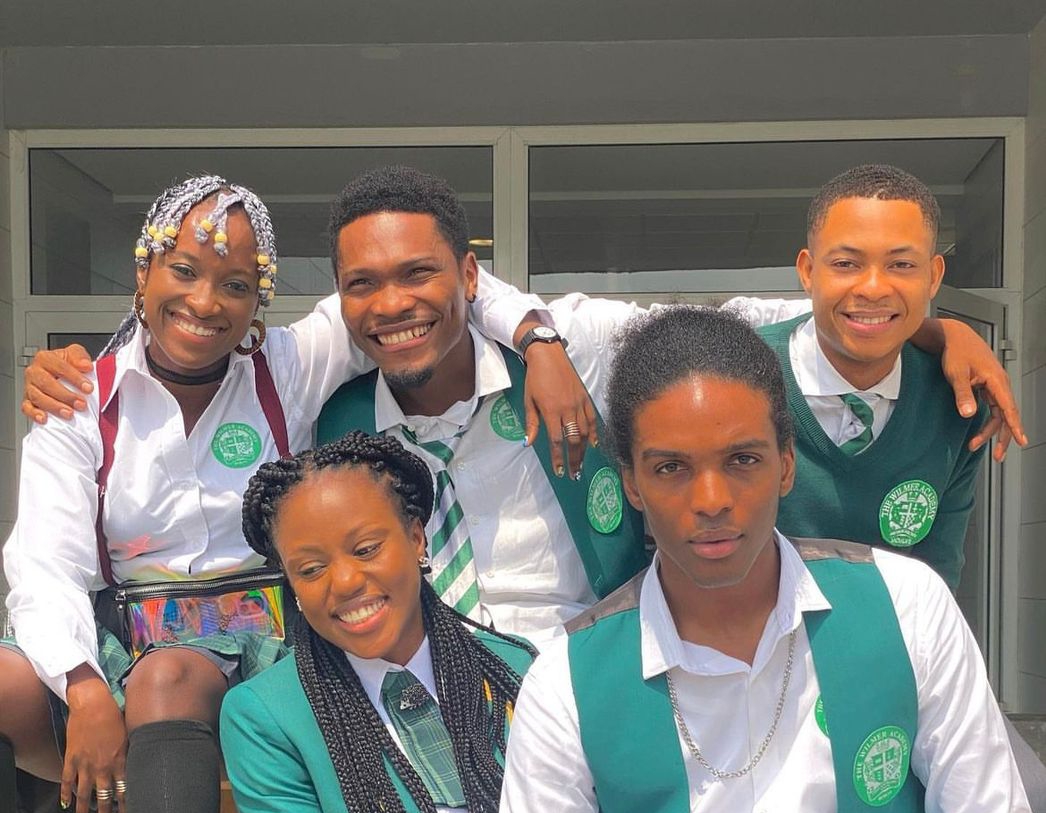 This year, like 2020, witnessed an influx of movies. From Nollywood giving us brilliantly-produced ones to Hollywood outshining itself again, it has been a great year at the box office.

So, in our fashion, we have made a list of 13 top movies we enjoyed this year and in no particular order

House of the Dragon

The anticipation of this movie was a long one. When the teasers finally ended and HOTD was released, all fans of Game of Thrones couldn’t hold their excitement. But an amusing thing followed. GOT and HOTD fans separated. And like for any other masterpiece, the comparisons started. Written by George R.R. Martin, HOTD won the hearts of many, including those who didn’t watch GOT.

Plot: House of the Dragon is a prequel set about 100 years after the Seven Kingdoms are united by the Targaryen Conquest, nearly 200 years before the events of Game of Thrones

Once in a while, the Korean movie industry releases something for everyone. So, whether you’re a k-drama fan or not, the movie would catch your attention. Classic examples are, All of us are dead and Squid game. This year, they gave us Alchemy of souls.

What would you do if you found out it was possible to shift your soul into any person of your choice? Whatever your answer is, you’d be more intrigued when you watch this movie

Plot: Written by the Hong sisters, it depicts the stories of young mages dealing with heaven and earth.

Dahmer makes it to the top of our list of movies that give us the chills. Highly sensitive and triggering, this documentary would poke all of the anger and sympathy in you. You’d also find yourself wishing a lot of ‘what if’ on Dahmer’s victims.

Plot: Dahmer is about the life of serial killer Jeffrey Dahmer and how he became one of the most notorious serial killers in America.

Also triggering, this movie highlights the reality of rape victims. The struggle of whether to share their stories or not, the unbelieving looks and shuns they face when they eventually do, the question of whether NO was said or not, the trauma they have to live with, and so on. There’s a lot to learn from this movie which is also based on a true-life story.

Plot: A writer’s perfectly crafted New York City life starts to unravel when a true-crime documentary forces her to confront her harrowing high school history and question the choices she made as a teenager.

Still in the vein of true stories, From Scratch would leave you crying uncontrollably. It features the story of a couple who go through a hard time from the start of their marriage to the end. One thing we particularly love about it, is the pace. It draws and takes you on a journey slowly but gently. You should watch to understand the true meaning of marriage is not a bed of roses.

Plot: From Scratch tells a familiar fish-out-of-water romance in a unique way, while exploring how relationships can change over time.

Nollywood upped their game this year and this Kunle Afolayan piece is a testament. It was exciting to see the streets of Nigerian Twitter gist about characters from Anikulapo. Also, the Yoruba tradition, customs and values were displayed in full form.

Plot: Anikulapo tells the story of Saro, a man seeking greener pasture, but unfolding events and his affair with the king’s wife, he encounters his untimely death and with Akala, a mystical bird believed to give and take life.

Memes poured in when this movie was released. Twitter Nigeria went agog with hashtags and reviews. It was a great day in the history of Nollywood, majorly because Blood Sisters is a crime thriller, a genre so new and untapped in Nigeria.

Plot: Bound by a dangerous secret, friends Sarah and Kemi are forced to go on the run after a wealthy groom disappears during his engagement party.

If a movie can trend on the final day of the FIFA World cup, you just know it is that good. Think of Blood and Water but with a Nigerian touch and you have Far From Home. There is also something distinct about its portrayal of Nigeria. The relatability is top-notch. Although mixed with elitism, you can feel the Nigerian-ness in every part of it, including the soundtrack.

Plot: From the stables of Inkblot Productions, Far From Home tells the story of a financially struggling teen who finds himself in the world of luxury after a prestigious scholarship sends him to an exclusive school for the one per cent.

If you thought season one of The White Lotus was good, wait till you see its second part. Jennifer Coolidge made a second appearance and stars like Aubrey Plaza, Meghann Fahy and F. Murray were brought in as well. The second season is funnier, more interesting and creepier.

Plot: Set in Sicily, it follows the guests and employees of the fictional White Lotus resort chain, whose stay is affected by their various psychosocial dysfunction

An anonymous described Wednesday as the “appetizer before Stranger Things 5” However, this person was proven wrong when Wednesday surpassed the statistics of Stranger Things, raking up to 1.02 billion hours of watch barely twenty days after its release. It is also more interesting than the other Adidas family adaptations, as this time it features Wednesday Addams with psychic ability and a stone-cold heart.

Plot: Wednesday is an American coming-of-age supernatural mystery comedy horror about a young girl whose cold, emotionless personality and her defiant nature make it difficult for her to connect with her schoolmates and cause her to run afoul of the school’s principal.

Everything, Everywhere, All At Once

It was also interesting to see the Chinese wow us this year with science fiction. From the first few scenes, we watch a typical Chinese family live their normal lives but we can tell something is different. Succeeding scenes take us on more exhilarating paths.

Plot: Everything, Everywhere, All At Once centres on a Chinese-American immigrant who, while being audited by the IRS, discovers that she must connect with parallel universe versions of herself to prevent a powerful being from destroying the multiverse.

Women warriors going through relatable life challenges was definitely something we enjoyed this year. And Viola Davis being at the forefront simply made us clutch our popcorns tighter.

Plot: The Woman King is a 2022 American alternate history epic film about the Agojie, the all-female warrior unit that protected the West African kingdom of Dahomey during the 17th to 19th centuries.

After its African premiere which was hosted in Lagos, the Black Panther 2 stole a place in everyone’s heart, especially because it is a tribute to one of the best movie legends to have graced the earth, Chadwick Boseman. It makes our list for efforts, storyline and of course, for being one of Marvel’s masterpieces.

Plot: The leaders of Wakanda fight to protect their nation in the wake of King T’Challa‘s death.