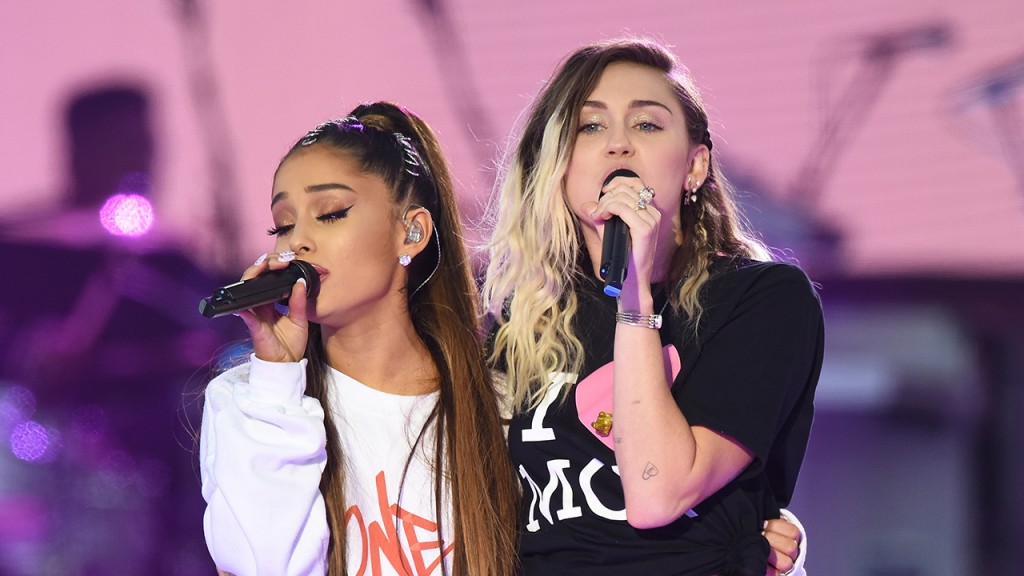 The One Love Manchester Concert hosted by Ariana Grande on Sunday night sent a major message of Love, Hope, Courage and Togetherness to the world.

All the stars from Justin Bieber, Katy Perry, to Coldplay, Miley Cyrus, Marcus Mumford, Take That, Robbie Williams, The Black Eyed Peas, Pharrell Williams, Imogen Heap, Liam Gallagher, Niall Horan, and Little Mix showed up in support of Grande and the people of Manchester to sing songs that were not just appropriate for the moment but very thoughtful whilst sharing words that warmed the soul. If you ever doubted the power of music, Sunday Night at the Old Trafford Ground in Manchester will make you believe.

The decision to continue with the concert as planned, one night after the London Bridge Attack was a great one for the UK. What better way to conquer fear and send a message to the terrorists and their masters than to throw a bigger concert (estimated 60,000 people in attendance and millions watching from all around the world) with some of the biggest artistes on earth in Manchester where the attack happened? One of the most heartwarming things was seeing concert goers who were at the Manchester Arena concert bombing less than two weeks ago attend the One Love Manchester concert. The victims and their loved ones were so brave and had only positivity to share.

All the artistes sent messages of love, encouraging the crowd and everyone watching from home to embrace love. Some of the artistes stood out as they went very poetic, sending strong messages of hope to the people. Artistes like the headliner herself, Ariana Grande kept reassuring the strong crowd throughout the night.

Katy Perry’s performance was defiance itself. During the performance of her hit song, “Roar”, Perry took off  her white fur coat to reveal a collage shirt worn beneath her white dress. The shirt had images of the 22 victims of the horrific Manchester bombing at the neck and back.

Robbie Williams changed the lyrics of his 1998 single “Strong” for the One Love Manchester charity concert. The crowd singing along and screaming “Manchester we’re strong / we’re still singing our song” was such a beautiful thing to watch.

Justin Bieber gave a mellow but very solid show, taking time to remember the victims and their families and ending his set with a message of hope which became a major highlight for the show

Like Ariana Grande’s manager, Scooter Braun, mentioned on Sunday, the event was a “statement that hatred and fear will never win.” Hopefully, the terrorists were watching from their hiding places like the cowards that they are and will be touched by the show of love and unity.  It is reported that the concert raised $2.6 million in donations over a three-hour period ( between the concert’s start at 7 p.m. and its close at 10 p.m.) for a special fund to help victims of the terrorist attack at Ariana Grande’s May 22 show, contributing to the $12.9 million raised so far, organizers said.

All net ticket proceeds from the benefit show will also go to the fund,  dedicated to aiding families and victims of the April attack. Watch the complete One Love Manchester Concert here