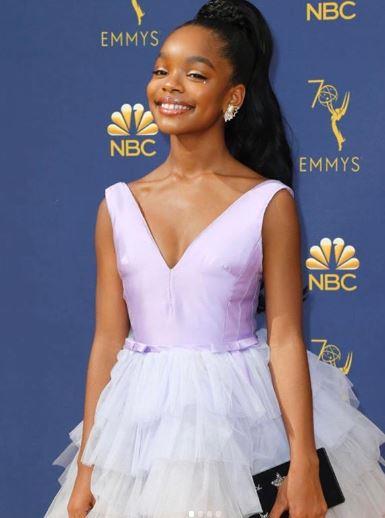 What’s not to love about Marsai Martin? This young star has proven to be the complete definition of black girl magic. From her brilliance to her gorgeous looks, her amazing personality and more, this young basket of talent has always wanted to be a legend and we dare say at 14-years old, she’s almost there! As with many people around the world, Masai has earned a soft spot in our hearts and here are ten of so many reasons why we adore her.

Here is a sneak peak of the highly anticipated Little, which we can’t stop gushing over and can’t wait to see! So tell us, what do you like most about Marsai Martin?

Looks of the Week: Top 10 Most Fashionable Social Media Posts

LOOKS OF THE WEEK: Most Fashionable Social Media Posts

From Tyler Perry’s A Fall from Grace to Paramount’s LoveBirds,Here Are Top 10 Movies To Look Forward To 2020