Professor Dame Elizabeth Anionwu DBE FRCN is our #WCW. Not only was Dame Anionwu honored with a Lifetime Achievement Award at the Pride of Britain Awards on Monday, legendary artist, Janet Jackson made a surprise appearance to present her with the award!

“Still in shock! Just presented with #prideofbritain Lifetime Achievement Award by @JanetJackson! Thank you Janet + to whoever chose me, @PrideOfBritain, @DailyMirror & @ITV. Last but not least, to my wonderful daughter @AzukaOforka & gorgeous granddaughter for all their love” – an excited Anionwu shared on Twitter. 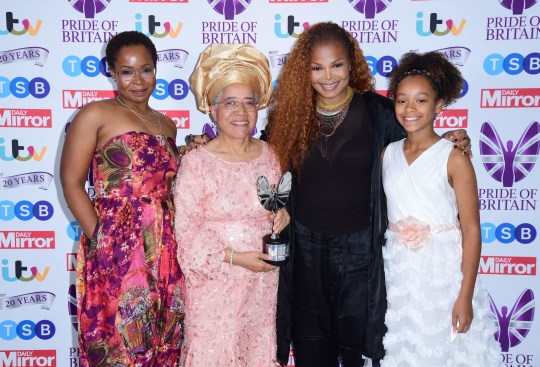 Dame Elizabeth Anionwu is a British-born nurse, health expert, tutor, lecturer and Emeritus Professor of Nursing at University of West London. She is of Irish and Nigerian descent (born to an Irish mother and Nigerian father). She was the UK’s first sickle cell/thalassaemia nurse specialist and helped to establish the Brent Sickle Cell & Thalassaemia Counselling centre in the UK.  She received the coveted award in recognition of her passion for nursing and dedication to reducing health inequalities.

“It was wonderful to have a group of friends with me, but of course the big shock was Janet Jackson showing up to present the award.” she told the Nursing Times. “What a night, and what an honour for nursing. It boosts morale to see that you can be recognised. I still can’t believe it to be honest.”

The Return of the Pony FT Mercy Eke, BamBam, Toke Makinwa and More