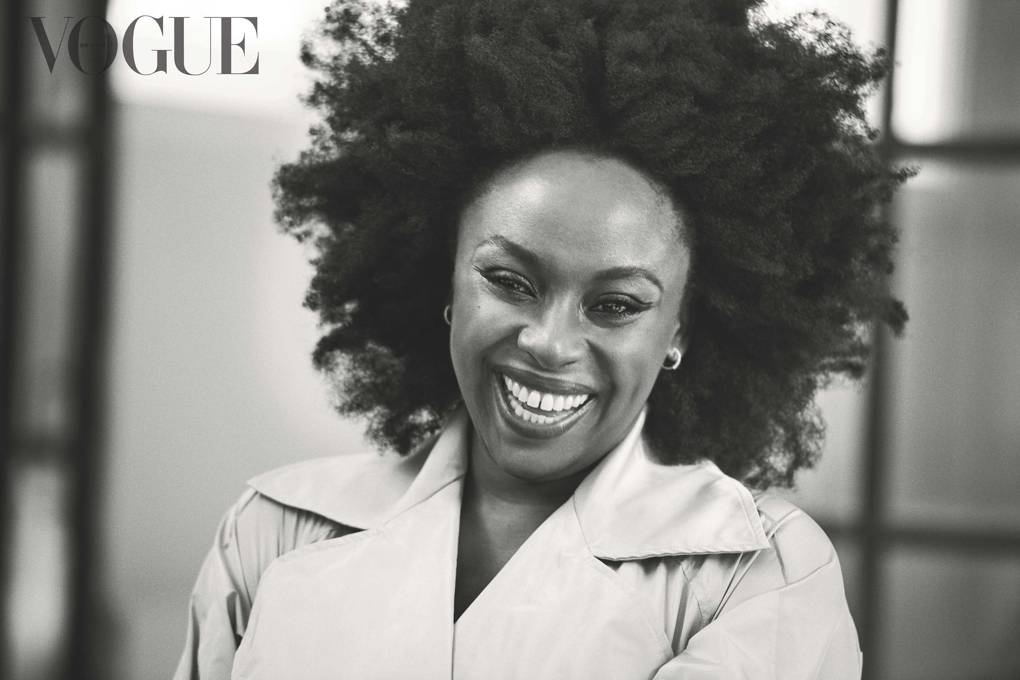 Chimamanda Adichie has been featured on the cover of the highly coveted September 2019 issue of British Vogue alongside 14 other women, personally chosen by The Duchess of Sussex – Meghan Markle, and British Vogue’s editor-in-chief Edward Enninful.

The British Vogue issue was guest-edited by Meghan Markle alongside the magazine’s Edward Enninful for seven months to create an issue that highlights the power of the collective titled Forces For Change.

Forces For Change features 15 “world-leading women who are reshaping public life for global good”. Alongside Adichie, others featured in this landmark issue include South Sudanese-Australian supermodel – Adut Akech, Latino Actress and Producer – Salma Hayek, American super model and philanthropist – Christy Turlington, British fashion model – Adwoa Aboah, transgender activist and actress – Laverne Cox, 19-year old activist and actor – Yara Shahidii, among others who continue to encourage and empower not just women but the world at large in various ramifications. An exclusive interview between The Duchess and former First Lady of the United States Michelle Obama, a candid conversation between The Duke of Sussex, Prince Harry and Dr Jane Goodall and other inspirational articles are also highlights of the September issue, centered on world change. 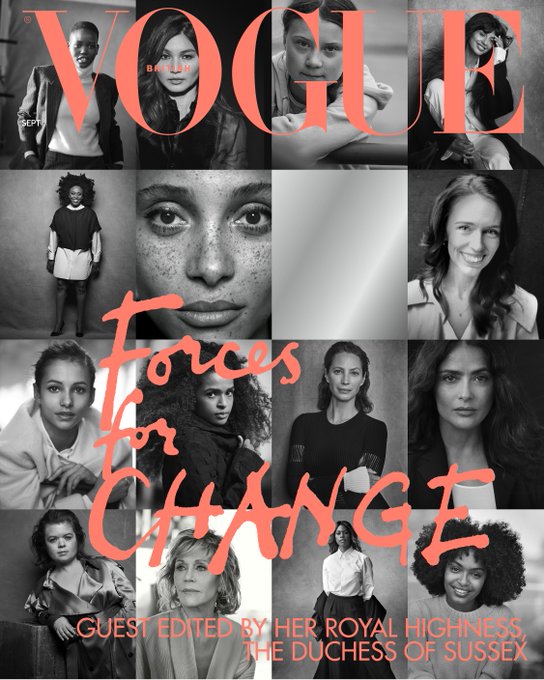 One of the slots on the magazine cover – which, in print, appears as a mirror – is intended by The Duchess to show how every reader is also a part of this collective moment of change. The Duchess of Sussex who became the first guest editor of the September issue in the magazine’s 103-year history, reveals that “guest editing the September issue of British Vogue has been rewarding, educational and inspiring. To deep dive into this process, working quietly behind the scenes for so many months, I am happy to now be able to share what we have created,” she said.

From speaking at some of the most prestigious institutions in the world, to giving earthshaking TED talks, empowering women all over the world, bagging international awards and representing African trends at international events, Chimamanda Adiche continues to prove that she is not just a novelist. She is a force to be reckoned with, a true force of change.