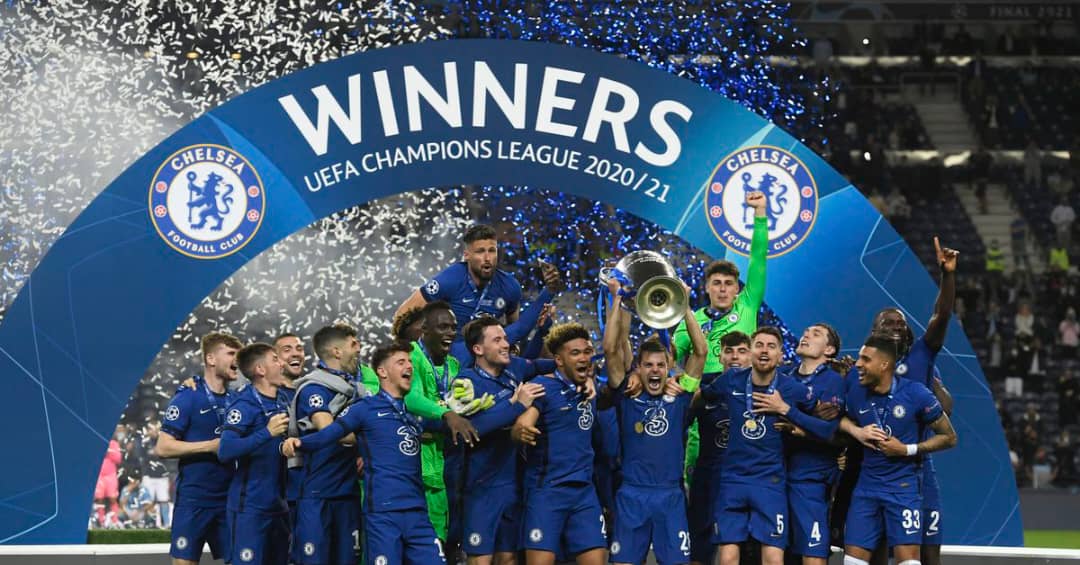 Chelsea won the Champions League for the second time with a fully deserved victory over Manchester City in an all-Premier League confrontation in Porto. Chelsea’s victory was a fitting end to the European football season. Spanish club Villarreal had also gone on to win the Europa League.

Thomas Tuchel got the better of his Manchester City counterpart Pep Guardiola for the third time since succeeding sacked Frank Lampard in January to bring European club football’s biggest prize back to Stamford Bridge for the first time since 2012.

Kai Havertz, blossoming after a slow start to his Chelsea career, got the winner three minutes before half-time when he collected a defence-splitting pass from Mason Mount to round City goalkeeper Ederson and score.It leaves City still searching for the Champions League, the trophy that has always eluded them, and Guardiola cannot escape scrutiny for his part in this defeat after taking a tactical gamble which backfired.

The first 21 penalties were successfully converted before De Gea had his attempt palmed away by Rulli as United lost for the sixth time in seven shootouts, handing Emery a record fourth Europa League crown.

Villarreal defeated Manchester United 11-10 on penalties to win their first major trophy after a 1-1 draw in the Europa League final as goalkeeper David de Gea missed the decisive spot-kick in a remarkable shootout.