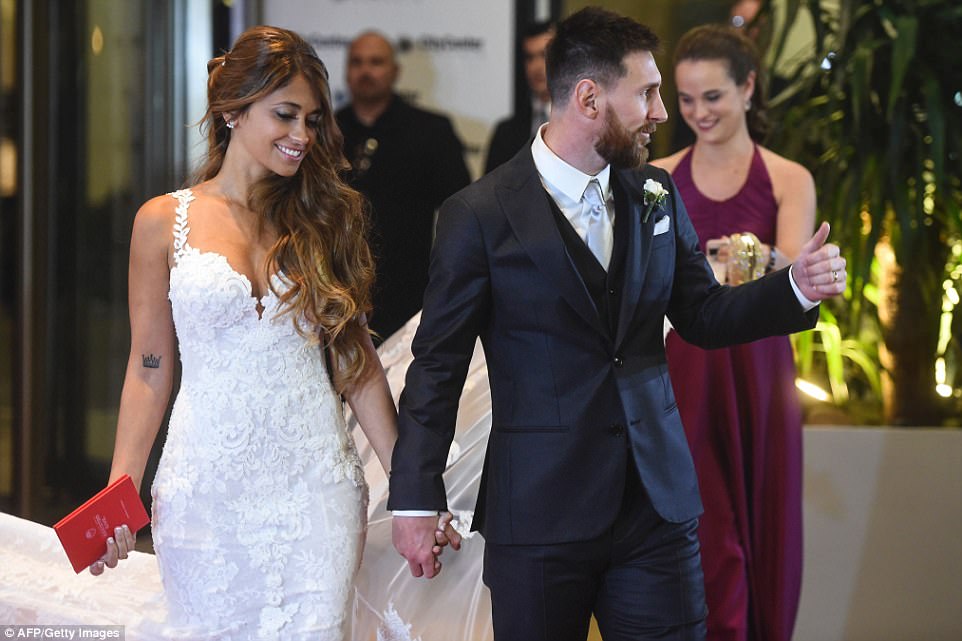 Lionel Messi’s and his childhood sweetheart Antonella Roccuzzo, got married at a luxury hotel in the city of Rosario (the town where they both grew up) in Argentina on the 30th of June. 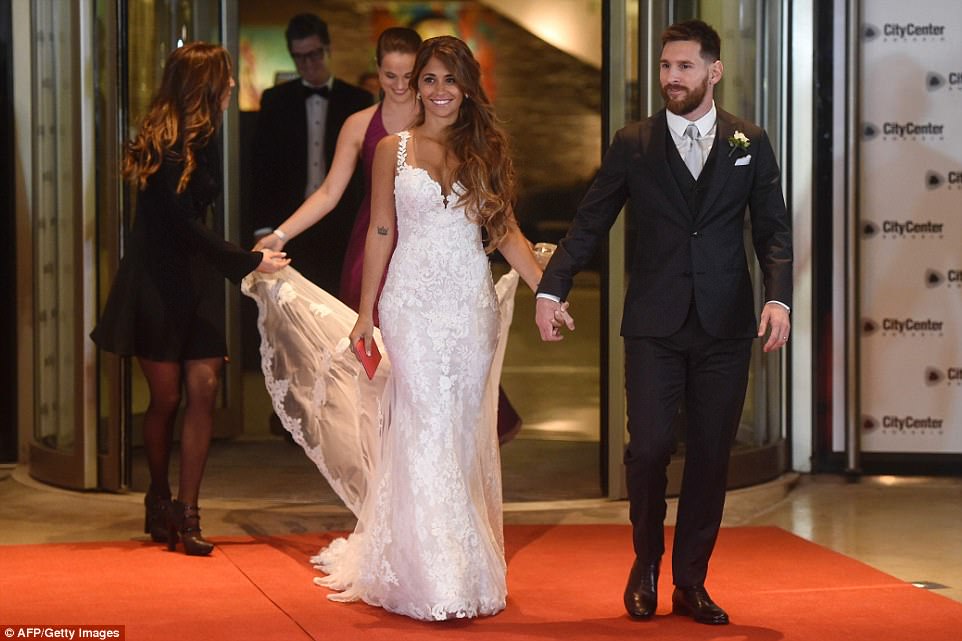 The couple who met when Messi was 5-years old, spared no expense at their wedding which turned out to be everything we expected it to be and more.

From the heavy security presence, 150 accredited press, superstar guests, to the bride’s dress flown from Spain accompanied by two bodyguards, the wedding turned out to be what the Argentines are calling “The Wedding of The Century” 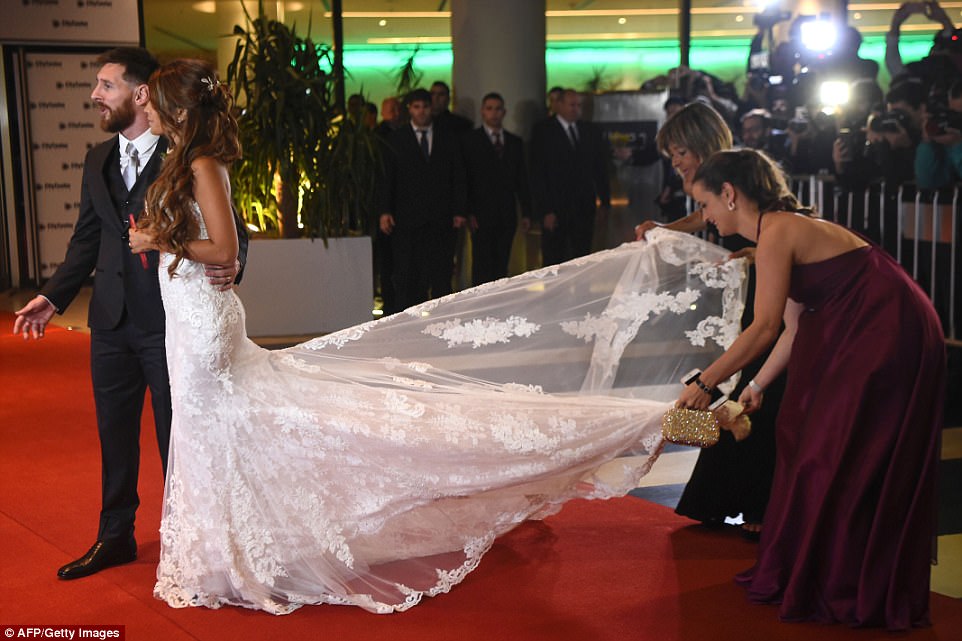 For their big day, Messi wore a crisp Armani suit while Antonella’s dress was made by Rosa Clara – a Barcelona-based designer who has dressed actress Eva Longoria, Sofia Vergara and Spain’s Queen Letizia.

Teammates from Argentina’s national team, including Sergio Agüero and Ezequiel Lavezzi were present as well.

It is reported that wedding guests were encouraged to bring different outfits to avoid clashes or repetition of clothes.

It’s Still October But Christmas Is In The Air. Here’s Why!