On the 2nd of December 2016, like it has been done every 1st Friday of December for the past 10 years, the world’s biggest gospel concert, The Experience Lagos will take place at the Tafawa Balewa Square (TBS), Lagos.  known for being a crowd puller, a gigantic audience of over 700,000 live and more than 1,000,000 viewing online or via broadcast Television worldwide; summing up to almost two million viewers across the globe!

The brand called ‘The Experience’ can hardly be termed new to the ears of Nigerians and worshipers all over the world. It sparks excitement, faith and anticipation every time it is mentioned. For a decade, the experience, hosted by the founder and senior pastor of House on The Rock Church, Pastor Paul Adefarasin, has served as a gateway to the secret place of the Most High for Christians and non Christians alike. It has commanded the desire of Nigerians and foreigners to praise, pray and worship like they can no where else.

The Experience Lagos : An Ever Growing Legacy

When it debuted in December 2006, it was mostly thought of as an over excited gathering of Christians who would soon loose their spark. Although 70,000 people gathered to praise that year, it was hardly impressed in their hearts that it would metamorphose into something bigger in the coming years. But then such is the hand work of the Most High God; using the little things to make the most incredible impact.

In 2007, eyes and ears were tickled with surprise as over 250,000 worshipers gathered from all over Africa to exalt the name of the one true King. International ministers were invited in to lead God’s children in deep and secret places, where their hearts can find expression in worship. Even when the rains came in 2008 to disrupt the flow of God’s agenda, the worshipers were unapologetic in their resolve to pray and praise. With the miraculous flow of testimonies, Nigerians were unrepentant in their resolve not to compromise on their 11 hours of worship and praise.

An interdenominational praise concert, the Experience has created a culture of putting aside political ties, religious differences, tribal diversities and class barriers in exchange for a few hours of uninterrupted praise and prayer. Nigerians and foreigners alike have come to understand the powerful importance of coming together to seek the face of God through the gateway of praise and worship. The legacy of love, unity and unbridled expression of faith as represented by The Experience Lagos cannot be denied even in years to come.

Little wonder that ministers and worshipers alike are stoked about the Experience Lagos 2016. The likes of Donnie McClaukin who has adopted an Igbo heritage, Micah Stampley who is literally a member of House on The Rock Church and many believe is originally Nigerian and Don Moen who finds peace in worshiping amidst Nigerians. Blessed and powerful gospel artistes like Frank Edwards, Travis Greene, Tope Alabi, Micah Stampley, Cece Winans, Donnie McClurkin will be ministering on the much anticipated night of December 2nd, 2016! Also ministering are Gabriel Eziashi, Eno Michaels, Chioma Jesus, Onos Ariyo, Glowreeyah, Sammie Okposo, Nwando, Tim Godfrey, Midnight Crew, Smokey Norful  and Samsong. 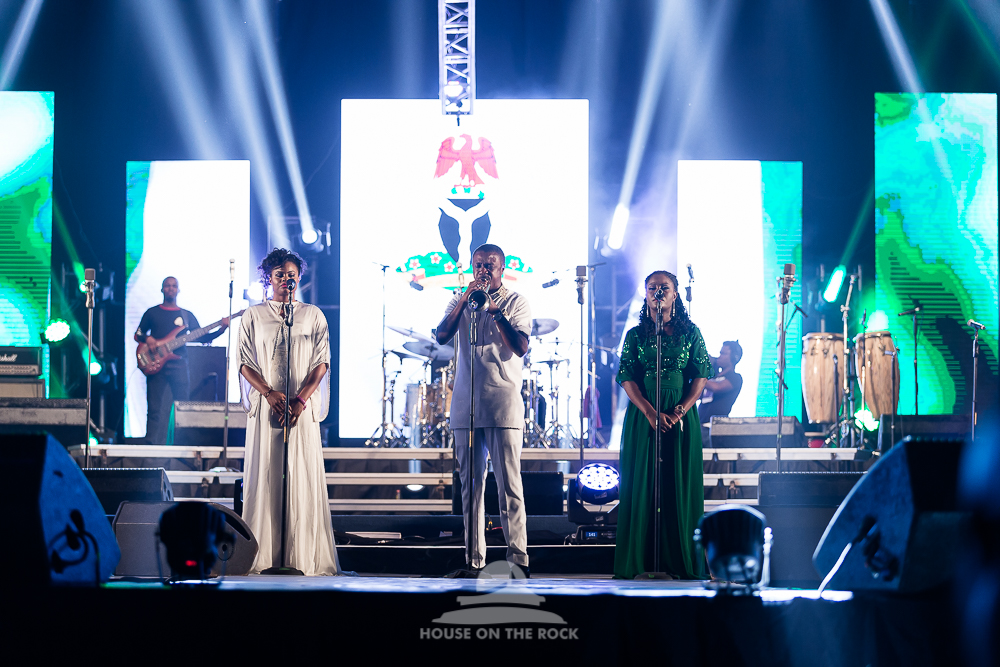 No doubt, Nigerians are stoked in anticipation of the 11th edition. For us, we can’t wait to just put all worries aside and join over 700,000 voices in sending an avalanche of praise up, so that God’s blessings can  come down on us all, especially in the times we are in. It also helps that the security is always great and there are lots of vendors selling food and drinks.

How Toke Makinwa Got Nigeria Talking