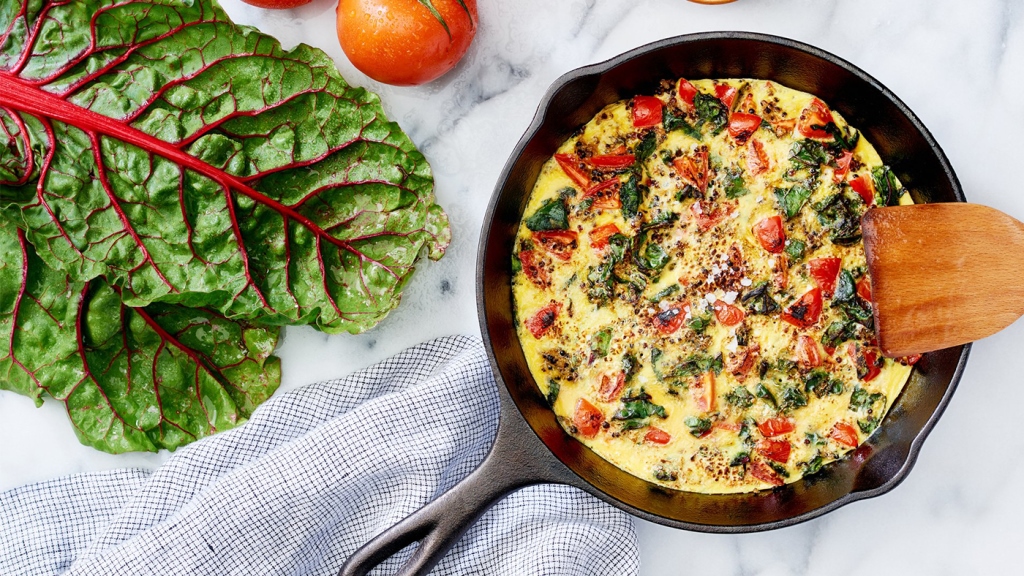 The ketogenic diet first gained fame through its effectiveness for weight loss. The high-fat, low-carb diet promotes nutritional ketosis–a normal metabolic state marked by moderate levels of ketones in the blood. The idea with carb restriction in terms of weight loss is that it prompts the release of body fat to be burned or converted to ketones for energy (extra dietary fat also contributes to ketone production). Glazia published an article about some possible side effects that may occur with Keto diet, read it here.

For decades, much of dieting focused on counting caloric intake. But not keto. Let’s explore why you should be paying more attention to the types of food consumed instead of that little number on the back of a nutrition label.

Are All Calories Created Equal?

The question sparking hot debates in scientific circles! The first law of thermodynamics (or the law of conservation of energy) states that energy cannot be created or destroyed. When applied to weight control, this law translates to the basic formula:

This traditional viewpoint argues that the food eaten is unimportant–a calorie is a calorie. To lose weight, create a calorie deficit by either eating less or burning more. To gain weight, increase calorie intake.

The opposing viewpoint maintains that calories still count, but the type of food consumed has a trickle-down effect on the amount of energy expended, and what foods the body craves. It takes way more energy to process and store protein than it does carbohydrate or fat–this is called the thermic effect of food. Essentially, one burns more energy dieting protein because it requires more energy for the body to process. In one study, twice as much energy was expended after meals on a high-protein diet versus a high carbohydrate, low-fat diet.1

The loss of energy as heat through the thermic effect of food is consistent with the second law of thermodynamics, which states that some energy is always lost in any chemical reaction. The idea that “a calorie is a calorie” defies this law.3 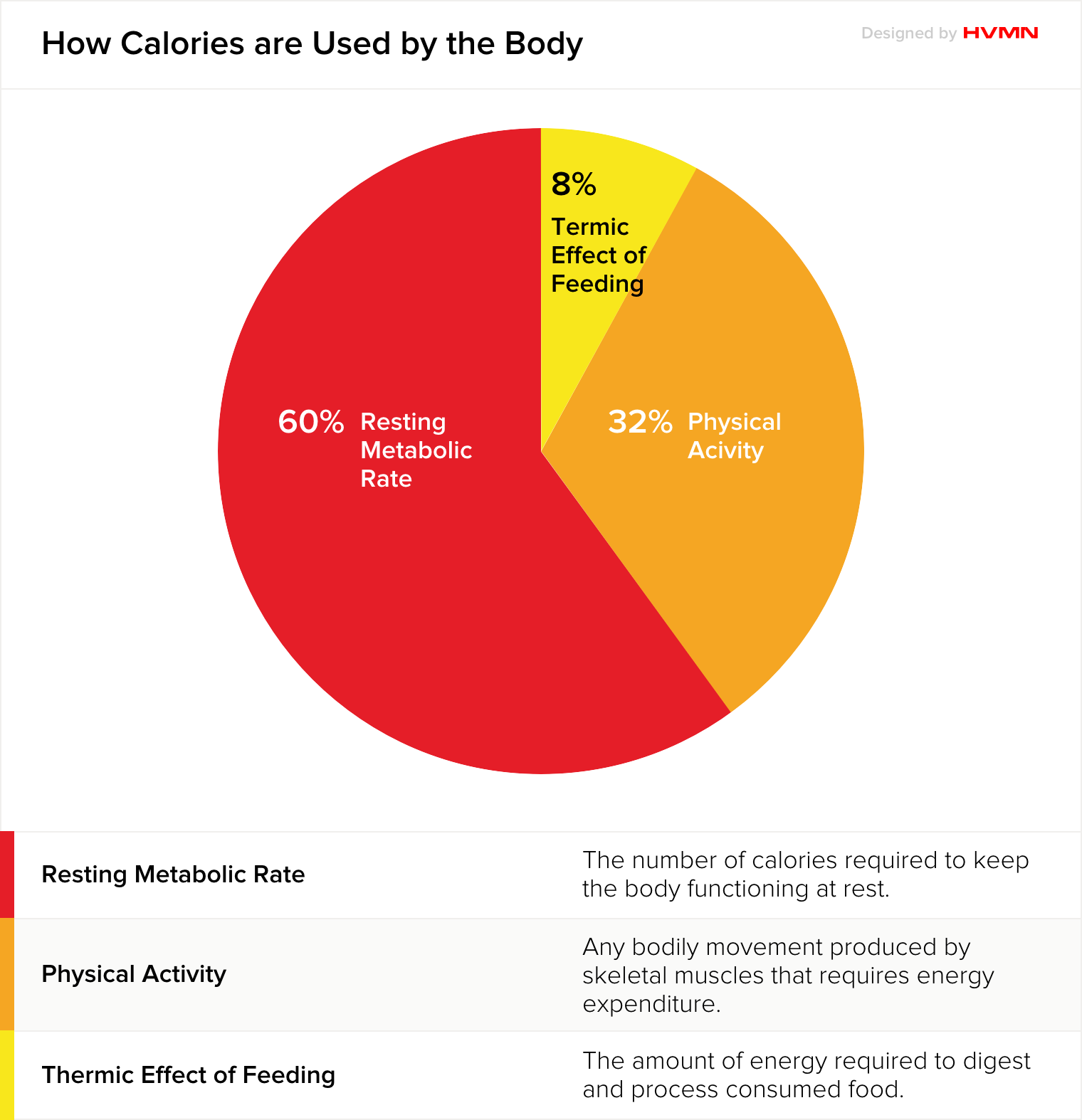 It seems obvious that the type of food consumed can affect energy expenditure and fat loss. Staying away from processed foods made with refined starches and added sugar is, “the road map to reducing the obesity epidemic in the United States,” said Dr. Dariush Mozaffarian, a cardiologist and dean of the Friedman School of Nutrition Science and Policy at Tufts University.

Food reward regions in the brain programmed much of this physical dependence on processed foods and refined starches. But the body can reverse it. Acute bouts of aerobic exercise have been shown to significantly suppress appetite and hunger while increasing satiety and fullness.6 Exercise in the form of resistance (weight) training can enhance insulin sensitivity,7 which results in reduced insulin secretion.8 Less insulin helps bodies favor fat burning over fat storage.

At its core, weight loss results from burning more calories than you consume. But the macronutrient composition of those calories is also vital. Different foods have substantially different metabolic and hormonal effects on the body. So what’s eaten (and how calories are expended) can change how much you eat and whether those calories are burned or stored.

It almost sounds counterintuitive at first; can a high-fat diet promote weight loss? A review of 13 randomized controlled trials (1,415 patients) found that people on the ketogenic diet lost significantly more weight than people on low-fat diets. They also kept the weight off for 12 months or more.9 While the diets in these studies contained no more than 50 grams of carbohydrate (a typical keto diet plan), low-carb diets with more generous amounts of carbohydrate (≥ 120 gm/day) showed similar results (more weight loss with low-carb than low-fat) in a review of 17 randomized controlled trials.10 More recently, type 2 diabetics lost 12% of their body weight after one year in diet-induced ketosis.11

“Weight loss from low-carb diets is mostly water weight,” some will argue. Initially, there’s definitely water loss from glycogen depletion, but studies have demonstrated that weight loss from a keto diet lasting a few weeks or longer is predominantly fat.5,12

So how is the keto diet so effective at promoting major weight loss? There are two theories.

According to one hypothesis, low-carb diets have a distinct “metabolic advantage” over diets with higher carbohydrate content when the amount of calories consumed are the same.3 This metabolic advantage is essentially an increase in the expenditure of energy (calories) on the low-carb diet. Factors that may account for this higher rate of calorie burning include:

Published studies established the metabolic advantage of low-carb diets.4,3,15 A recent pilot study–though flawed and biased against low-carb eating–showed a significant increase in energy expenditure (100-150 calories/day) associated with a ketogenic diet.16 If sustained, this would lead to ~ 10 to 15 pounds of fat lost, or not gained, over a year.

A common symptom of the ketogenic diet is appetite suppression.17 This feeling of fullness associated with the state of nutritional ketosis may be linked to a higher intake of protein and fat.

While both appetite suppression and higher energy expenditure likely play a role in low-carb weight loss, they may not always act independently. For example, the increase in body temperature resulting from the greater energy cost of higher protein consumption translates into feelings of satiety.21,4

Should You Count Calories on Keto?

It’s more about the type of calories than the amount. Long-term underlying metabolic issues, such as insulin resistance, have not been resolved with calorie-counting diets. This failed, traditional approach of calorie deprivation has been used for decades while obesity rates continue to soar. The vast majority of overweight people are unable to lose weight and keep it off.22

Counting calories does have some benefits. It may be useful on keto for people who are still not getting results. These individuals may be unknowingly consuming too many fats, such as coconut oil, in order to increase ketones. Tracking calories may offer a reality check on what normal portion sizes look like.

In general, strict control of calorie balance is unnecessary on the ketogenic diet. The keto diet is consistent with the foods we were designed to eat. A diet low in starchy/sugary carbs and favoring proteins and fats, along with fiber-rich vegetables, was the mainstay for humans for thousands of years.

Proteins and fats promote satiety and help control blood sugar to reduce cravings. Resting metabolic rate increases somewhat, and does not continue to spiral downward as the body sheds excess fat. As you become more keto-adapted, calories burn at a higher clip. Elevated levels of ketones (beta-hydroxybutyrate) even reduce inflammation, whether introduced endogenously through diet or exogenously through HVMN Ketone.23

Body weight is self-regulated on the keto diet by emphasizing the types of food over quantity of food consumed. This is the best approach to reducing obesity, as well as related disorders such as diabetes and cardiovascular diseases.24

This article was authored by Nate Martins and first published at HVMN.

5 Foods That Help to Improve and Promote Healthy Bones

This Little Plant Can Boost Your Memory, Reduce Anxiety & More!

Taking Care of These Three, Will Help You Achieve a Healthy Lifestyle