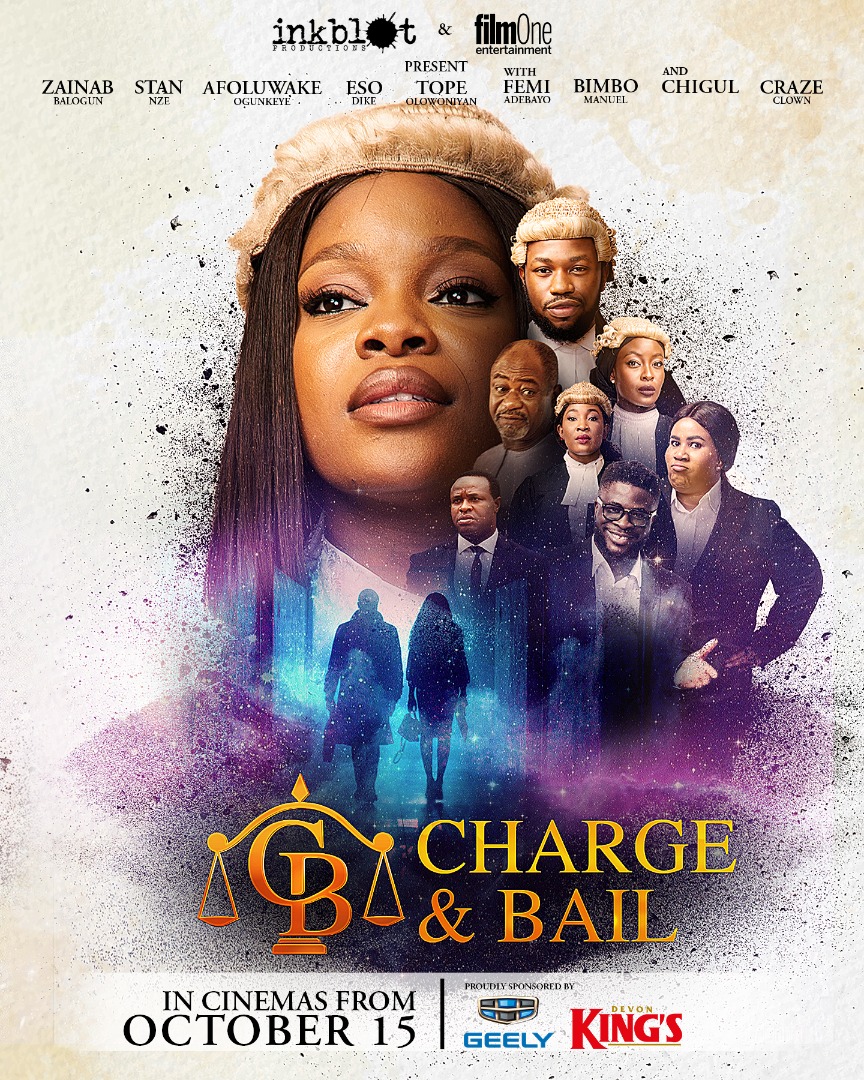 The trailer for Nollywood Director Uyoyou Adia’s upcoming blockbuster is a sight to behold. The movie, Charge and Bail is an original creation brought to life by the collaborative effort of Inkblot Productions and FilmOne Entertainment, making it the seventh film produced by the powerful duo.

So far, the trailer has been widely accepted by the public as social media has already set an official hashtag #ChargeAndBailMovie with an expectant audience tweeting their excitement having recognised some of their favourite stars featured in the movie.

Speaking on the plot of Charge and Bail,  director Uyoyou reveals that, “It’s an exciting story about a young woman in Nigeria seeking to find herself in a place where she least expects. It’s a story that resonated deeply with me and will resonate with the Nigerian audience”.

Leaving its audience with many varying emotions, suspense, and incessant curiosity, the storyline has the upper hand as it relates to the lives of many Nigerian youths navigating life changes.

Zainab Balogun manifests the role of Boma, a lawyer from a well-to-do family doing her NYSC in a charge and bail firm owned by two brothers Dotun (Stan Nze) and Wole (Femi Adebayo). Also starring in the movie are Folu Storms, Tope Olowoniyan, and Eso Dike. Comedians Craze Clown and Chigul played two characters that many audiences have their eyes peeled out for. Our all-time veterans still killing it in the acting world, Bimbo Manuel and Chris Iheuwa leave no stones unturned. One character that many look forward to witnessing in the film is rave of the moment, current Big Brother Naija housemate, Pere Egbi who obviously shot the movie before going into the #BBNaija house.

It is worthy to note that Inkblot and Film One have been consistent in delivering some of  Nigeria’s highest-ranking movies of the decade including The Wedding Party Series, The Arbitration, The Set Up and New Money. The trailer for Charge and Bail Movie has proved that the duo is yet again delivering nothing but the best in Nollywood.

5 Reasons Why You Should Take Swimming Classes