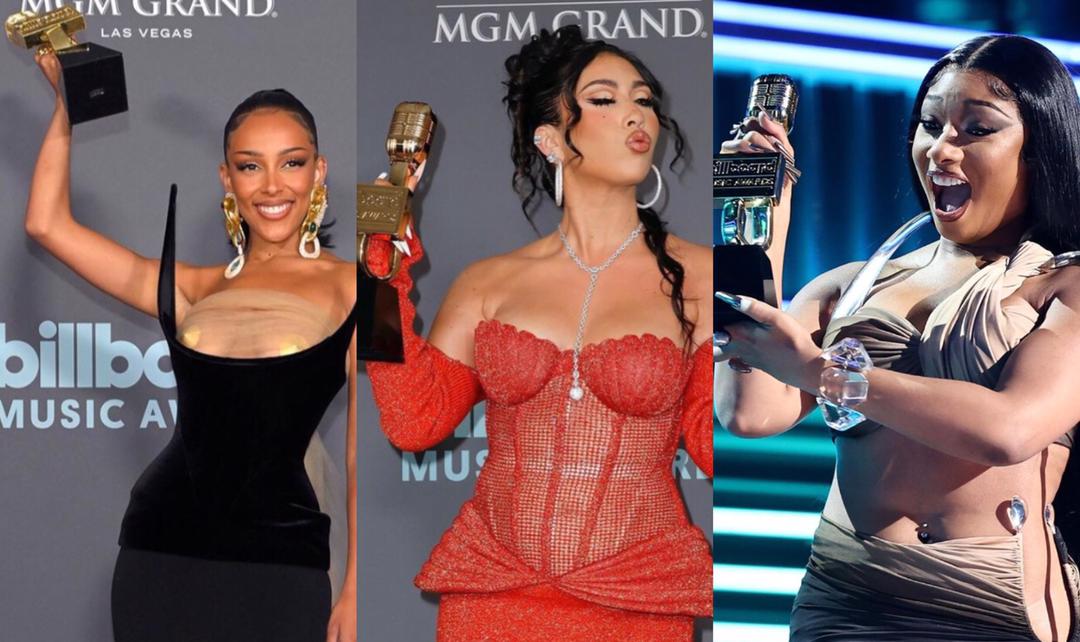 The Billboard Music Awards 2022 was hosted on Sunday, 15th May MGM Grand Garden Arena in Las Vegas. The music event featured top stars from all genres of music. It was a night full of stars and paparazzi as legends like MachineGunKelly, Maxwell, and BeckyG, Ed sheeran,Travis Scott, Megan thee stallion, performed gracefully on stage. Interestingly, there is a lot to mention and praise to dish out.

First, our very own African giant, Burna boy became the first African artiste to perform at the Billboard Music Awards. He performed ‘Last last’ and ‘Kilometre’ at the show last night.

In addition, Billboard celebrated songs that topped charts such as Gayle’s abcdefu and Charlie Puth’s Lightswitch which went tiktok-viral. Also, many artists went home with several awards. Some for albums and songs and others for songs or albums only.

See the full list of winners at the Billboard Music Awards 2022.

The new artist made history as the artist with the most wins for the night with a whooping 7 awards, making her one of the strongest showings by a new artist in BBMA history. Her wins include; Top New Artist, Top Female Artist of 2022, Top Hot 100 Artist, Top Streaming song (Sour) Artist, Top Radio Songs Artist, Top Billboard Global 200 Artist  and Top Billboard 200 Album

BTS won three awards, more than any other group or duo this year.

Kanye won six awards, more than any other male artist this year. This brings Ye’s career BBMA total to 17, which puts him in a tie with Eminem for seventh place on the all-time BBMA leaderboard.

The Impact of Social Media: Prince Harry Worried for his children, Archie and Lilibet!