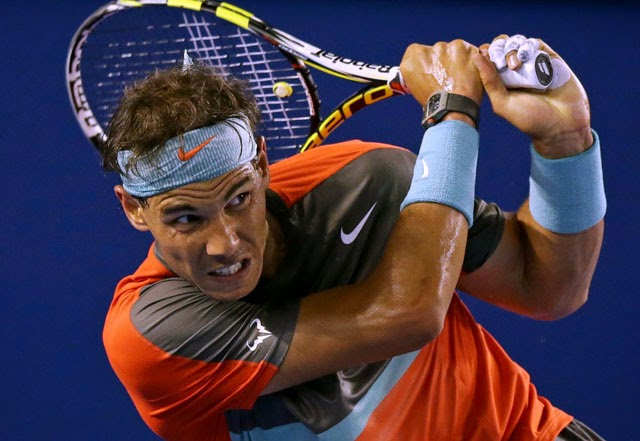 did you read our pre-game analysis on Nadal vs Federer? you an read IT  here, guess those painful looking huge blisters couldn’t stop the resilient bull as he dominated Federer to win in straight sets 7-6,6-3,6-3. How did we even think the game would get to a 5 set match? seemed like Nadal had a date he couldn’t afford to miss as he whizzed right through Federer.

Those blister drama were not absent in the game either.. Nadal received treatment for the blisters whilst playing and we also saw a frustrated Federer grumbling to the Umpire about Nadal’s grunts.

Could he do it?Could nadal defeat Wawrinka to claim his 14th major title? could he win all four major titles two times?

Nadal has now defeated Roger Federer 23 times more than anybody( he also has 22 victories over Novak Djokovic). How cool is that?
On Sunday we will see what happens with Stan Wawrinka at the Aussie finals.

Wawrinka is playing very well and he will come to the final with a lot of confidence after beating Novak Djokovic and Tomas Berdych. I will continue to play with my aggressive style. – Nadal