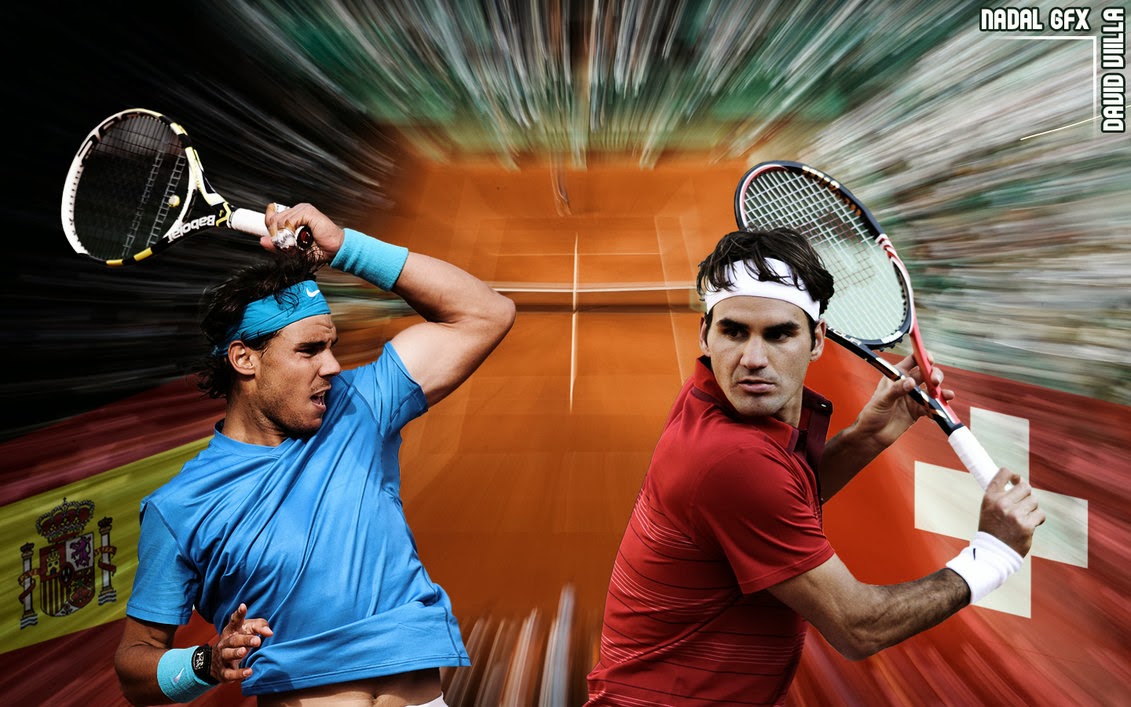 This is probably the longest rivalry in the history of Tennis (33rd meet), they are both so good it is always fun to watch. The tennis scene was solely owned by Federer until a wide eyed teenage Spaniard with a passionate streak came in and started causing trouble for the Swiss.

Nadal may have gotten the hang of beating Federer  (8-2 advantage to Nadal on major meetings) in recent times,but  Federer seems to be in a good shape right now so it’s looking to be an epic game(remember that ultra epic 2007 Wimbledon final?).  Add the fact that Nadal had those huge blisters in his last game against Dimitrov to Federer’s good form, it would seem that Federer has this game in the bag. Now that would be so easy if it were anyone but Nadal, who may just be the most resilient player out there. He can never be written out until the championship point.

So, in less than two hours, you will be watching a total player (Federer) take on a resilient bull (Nadal). The game would have been 60-40 with the odds favouring Nadal, but throw in those blisters and we leave it at an even 50-50.

Who do you see winning today?

AUSTRALIAN OPEN: AND HE WINS! WHAT A NADAL?!