Alex Unusual is making new moves and this time, it’s in an area that many have said is unlikely… etiquette! In all of these, one thing is clear, the love for children is a driving force for the media personality who shot up to fame as a 2018 Big Brother Naija star.

The Children’s Etiquette Training which entailed lessons and practices of deportment, public speaking, dining etiquette, leadership skills was specifically designed for child grooming and comportment, tailored for kids between the ages of 5 and 13.

“Research has shown that 85% of the time what we need tosucceed in this life is EQ (Emotional Intelligence). In as much as IQ (Intelligent Quotient) is very important, we need to learn to be emotionally intelligent and have soft skills that can help us, especially the children to survive in today’s world” Alex said in reference to the purpose of the training. “If we are able to get kids to learn these skills at their early stage, they’d grow with it and there is no doubt they’d be successful in life” she added.

The training which was held in two batches – the second being May 29, Inauguration Day – took place within the prim premises of The English Manner Nigeria in Lagos, Nigeria. Children of ages five to thirteen were tutored on speaking boldly, walking confidently, proper sitting posture, handling and use of cutlery and other dining etiquette.

“I learnt a lot of new things including the rules of dining. I think it has helped me develop other skills and I can teach anyone who wants to learn” one of the young trainees said.

The 23-year old reality show star and fast rising entertainment brand has over time expressed her love for children by engaging in an interactive session with children at the Akada Children’s Book Festival organized by Clever Clogs Books at the British Council in April where she also led an anti-bulling campaign.

She disclosed in an interview with us at the etiquette training that there are plans to set up a children’s foundation in the near future. She also hinted on some upcoming projects that she will share with the public when the time is right. 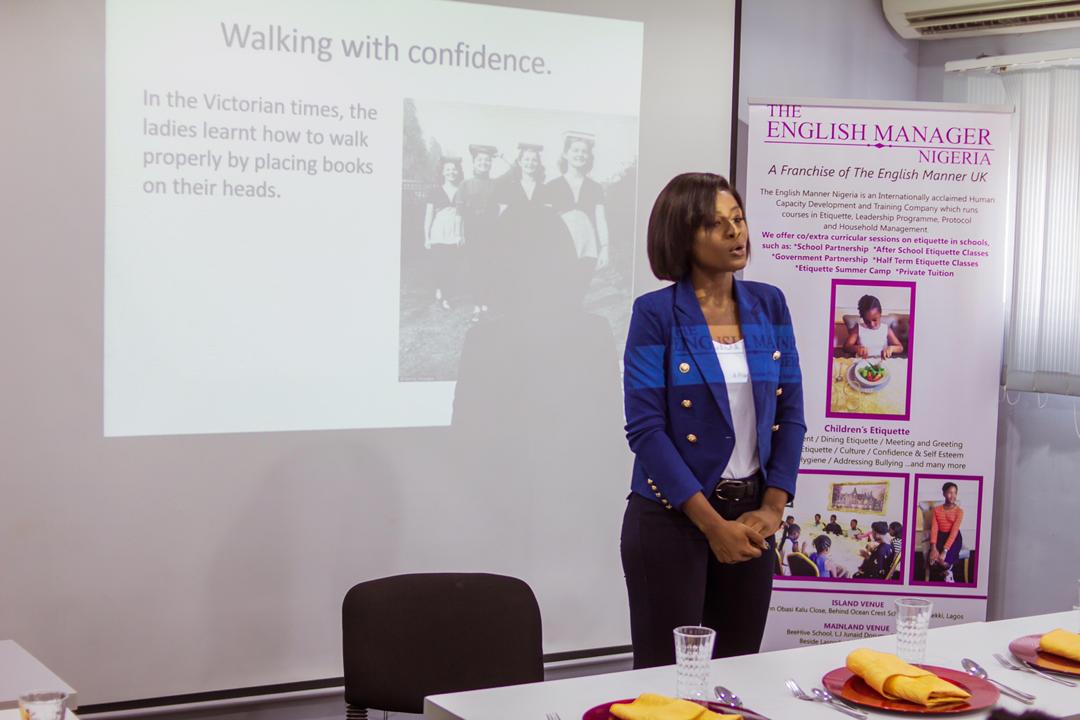 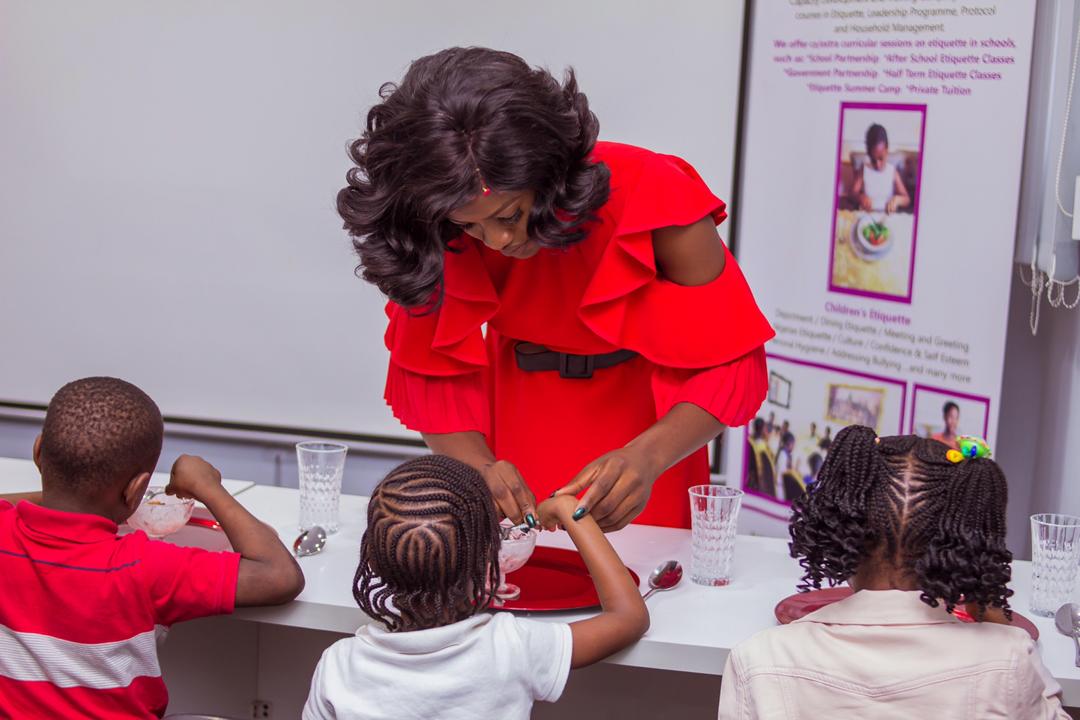 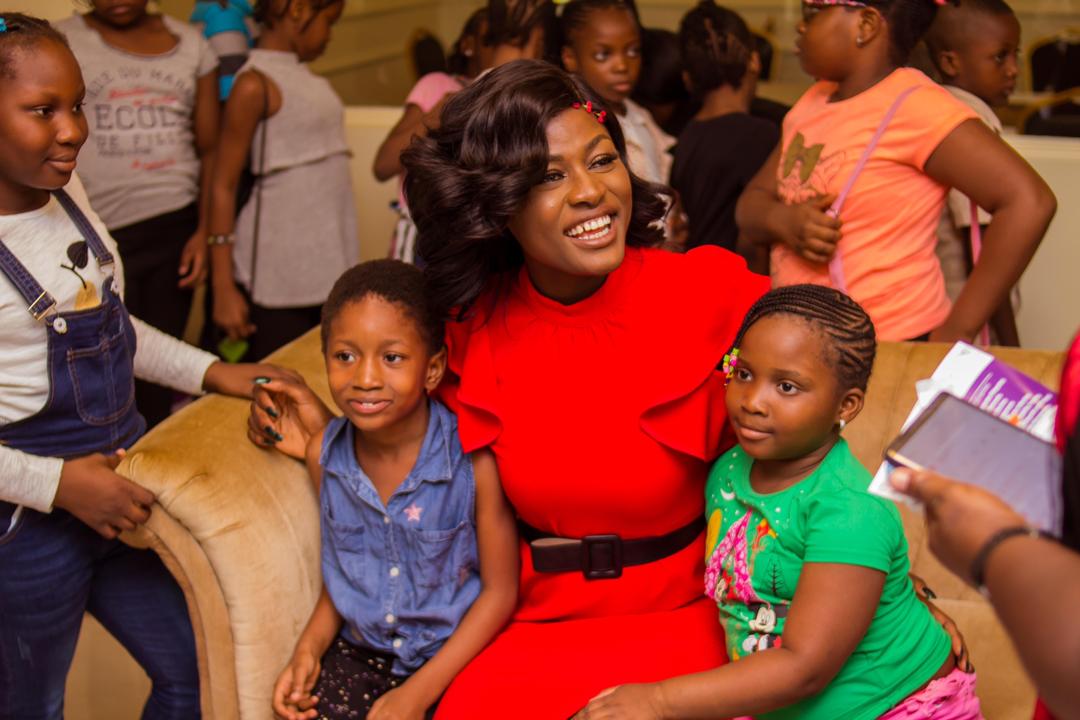 Most Fashionable Stars of the Week, See Our Top 10!