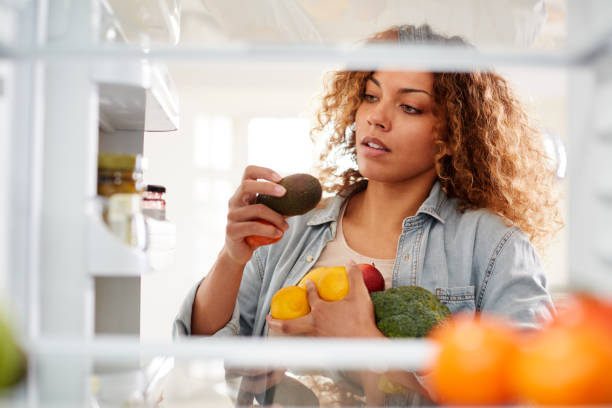 The freezer is a kitchen necessity, as it can store premade meals until you need them, plus there are plenty of already frozen foods that are staples in most kitchens. Fruits and other perishables are able to be preserved longer when you have a fridge or freezer. But like anything else, some foods are better for you than others, and there are others that simply should not be in your freezer.

Below is a list some foods that really should never find their way to your freezer. If you happen to have these in your freezer currently, it might be time to get rid of them. Your waistline will thank you for it.

A pie you find in the frozen aisle seems like a sweet deal. You don’t have to bake anything yourself and when it comes time for dessert, you either pop it in the oven, or let it sit out and thaw, depending on the type of pie. However, this is yet another example of how you’re better off putting in that extra time to make your own, as you’re in control of the ingredients that way.

It really isn’t a shock that ice cream isn’t considered a healthy food. While there are plenty of light ice cream options out there that are perfect for indulging, there is one ice cream flavor you’re going to want to keep away, which is the peanut butter ice cream. The pints you’ll commonly find of peanut butter flavored ice cream are often some of the most caloric and are drowning in sugar.

Frozen dinners are obviously convenient, but there are certain meals you’re going to keep out of your freezer, no matter what. Fried chicken based frozen meals tend to be some of the worst options. If you’re often eating high-sodium foods, you can start to gain weight and you’re ultimately putting   yourself at risk for more serious health concerns, as high sodium intake is associated with a higher risk of developing high blood pressure.

Sometimes the pizza craving hits and you might not feel like waiting around for the delivery guy to show up with a pie. So you keep some frozen pizzas on hand for these emergency moments. But you’ll want to toss those, as they’re not helping you drop any unwanted pounds. Take a close look at the nutrition labels, and you’ll uncover the fact that many frozen pizzas are fat and sodium bombs.

These are just sugar-filled, fiber-less foods that will have you crashing after the sugar rush, looking for something else to eat soon after, as you’ll be hungry again. Plus, eating too much added sugar can lead to belly fat and increase your risk of having a heart disease.

7 Foods You Should Totally Avoid Before Bedtime

Ever Heard of Lean Proteins? Here’s Why You Need Them and How to Get Them.

9 Dangers of Skipping out on Fruits.