Please don’t judge me before you read this through. I know we are so good at glossing over the surface, at seeking the escape ruse, at getting emotional over everything. We are never interested in the detail, never interested in digging through the depth; our minds have become so weakened by fear. 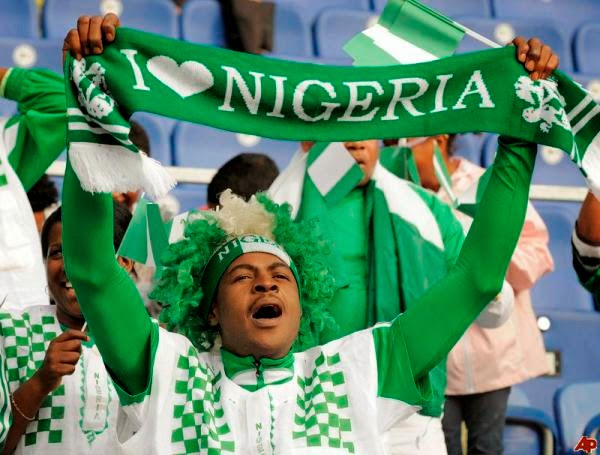 And please don’t give me that sanctimonious sermon about being positive. I need not be a prophet to know that the centre no longer holds, not firmly. May be we are just waiting for things to really fall apart. Just may be.
I was there at the International Gospel Centre, IGC, of the Word of Life Bible Church, Warri on November 2012, the venue of the public lecture, “The Nigeria of My Dream: Towards the Consolidation of National Unity,” in honour of Pastor Pastor Ayo Oritsejafor’s  40th anniversary in ministry.
I was so excited to meet, for the first time, one-on-one with former president Olusegun Obasanjo who chaired the lecture delivered by Professor Bolaji Akinyemi and guest speaker Deacon Gamaliel Onosode. It was a quintessential Obasanjo that spoke at the event. He waxed philosophical when he was asked to comment on the Boko Haram challenge, and minced no word in asserting that it was an ill-wind that blows nobody any good.
But the one that struck me most was when he explained, “if you say you don’t want a strong leader who could have all characteristics of leadership including God fearing, then have a weak leader and the rest of the problem is yours.” Of course he was making an allusion when he said this. We could say it was prophetic, but Obasanjo knows Jonathan.
Any sincere Nigerian will agree with me that while the problems we are facing today as a people were not given birth to by the present administration; this incumbent weak leadership has just allowed these problems to fester.
Corruption and capital flight have assumed gargantuan dimensions. Our political class, milks the economy to its bone marrow, and then dash their Oyibo friends the proceeds to lubricate their economy. This is the only habitat where the animals rob their kind to feed different species. Little wonder unemployment has become the Goliath defiling our rulers and economic thinkers.
We know those who are looting the treasury. Jonathan knows them, but rather than prosecute them he celebrates them. Abacha’s case comes easily to mind. Just a few months after celebrating him, the federal government is seeking the help of the World Bank in retrieving part of his loot.
Diezani Allison Madueke still walks tallin government corridors despite her massive squandering of public money on private jets. She has run to the judiciary to prevent small enquiries from members of the House of Representative. Mallam Sanusi Lamido is also taking cover there. Unfortunately, the judiciary has become a shield for thieves.
Boko Haram is exploiting our weakness, it is killing us gradually yet the political class is only grandstanding over it. They are making a political fortune off our grief. But do you blame them? Even Jonathan claims some of the sponsors of their activities are in his administration but he cannot mention their names talk more of prosecuting them.
May be the victims of boko haram visitations are mere collateral damage to our ruling class. May be our sisters (girls) from Chibok are mere games to please pigs who have been doing great jobs for their masters. Just may be.
Aren’t you bothered that nobody is really protesting? How come we are yet to see the same kind of national protests that greeted the attempt to liberalize the downstream sector of our oil industry few years ago? Are we really awake or have we all gone to slumber? Or is it that some of us are feeling it is their problem? I suspect this latter case may be it. And that’s the focus of this piece. 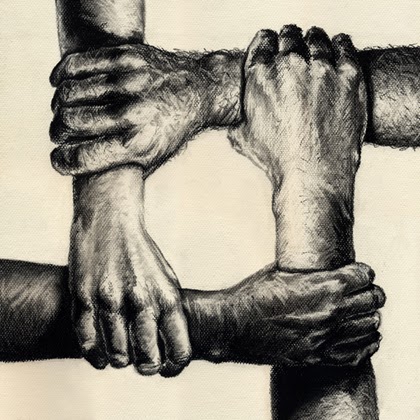 You know, one question I was not able to ask Obasanjo at the public lecture as he exuded that air of patriotism was “Why must we stay together even when it is obvious it’s not working?” I wont hide it, I failed to as ask the question because I succumbed to the fear of labelling. Only God knows what the people would have called me.
Today, we are spending 12 million naira on each delegate at a national conference the political class is doing everything to kill just like they killed the others before it. It may interest you to know that the conference delegates were warned from the beginning that ’s unity is a no go area. But I think it’s just a threat to shut those who would want to genuinely call for true federalism.
If we must not genuinely discuss our living together then what are the delegates doing there? Yesterday, the conservatives killed a genuine request for state police for the fear that it may be the beginning of the demand for fiscal federalism.
They have forgotten that before the oil boom, at some point when there was cocoa boom in the west and groundnut pyramid in the north, we had 100% resource control. That was how the late Chief Obafemi Awolowo was able to provide free education for the western region. They have forgotten. The rest are just too afraid!
The only way, the only true way to stay together is to weigh the benefits of such venture, ask ourselves if it really worth it, and then sincerely pursue it.
To be continued…
Written By: Jucson Uko
Previous Article

BEYOND THE GLAMOUR: What It Truly Means For An African To Be Named People’s World’s Most Beautiful Woman Of 2014

EUPHORIA: COULD SHE BE THE NEXT BEST THING?