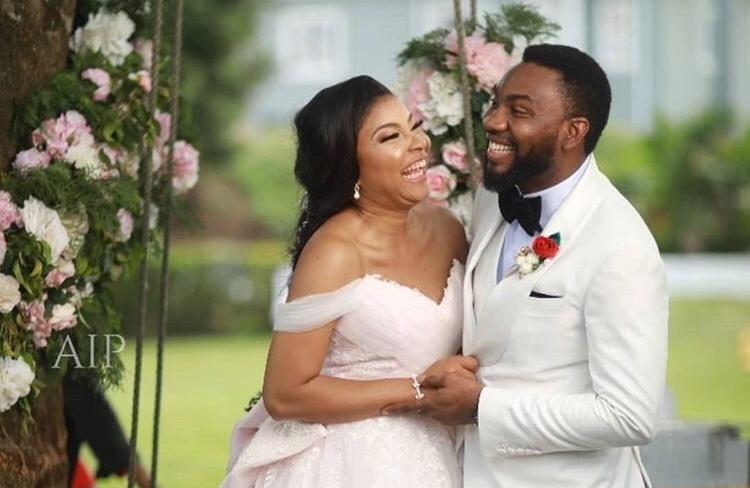 What’s in the Tinsel water? Nollywood Actors Ihuoma Linda Ejiofor and Ibrahim Suleiman brought fairy tale to life over the weekend with their traditional and white wedding ceremonies. Just like Ihuoma’s BFF, Adesua Etomi and husband, Banky W who were love interests in 2016 movie, “Wedding Party”, Ihuoma and Suleiman currently play love interests on Africa Magic TV series, Tinsel. Considering that this is neither the 1st nor 2nd Tinsel wedding, one can’t help but ask, what’s in the water at Tinsel?

Ihuoma and Suleiman’s wedding announcement took the public by surprise as they kept their romance way under the radar. A very picturesque ceremony, the wedding was held at Jhalobia recreation park and gardens in Lagos on Saturday the 11th of November. They had previously had their court and traditional wedding ceremonies on the 8th of November 2018.

The intimate ceremony was attended by families, close friends and colleagues of the couple including Adesua Etomi, who not only was the matron of honor, but also sang a special song for the bride as she walked down the aisle.  The bridal party looked resplendent in Mai Atafo Bridal Atelier and as expected, Ihuoma Ejiofor was a stunning bride in a beautiful white ball gown, lined with pink for a special princess-ey effect. According to the designer, the bride “wanted a nice big bow” on her dress. 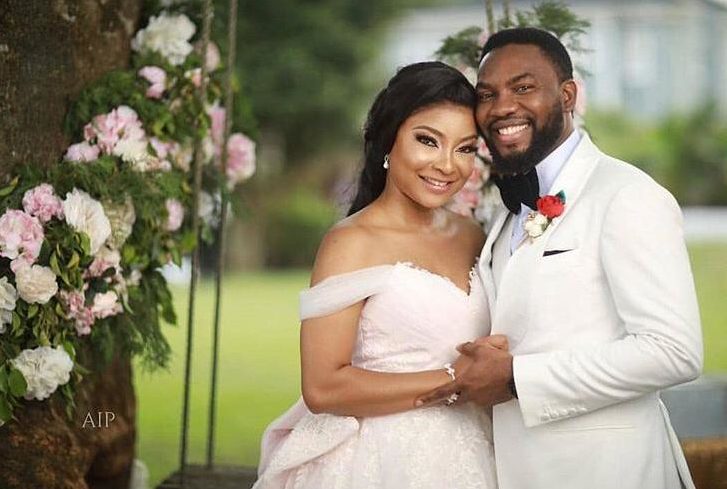 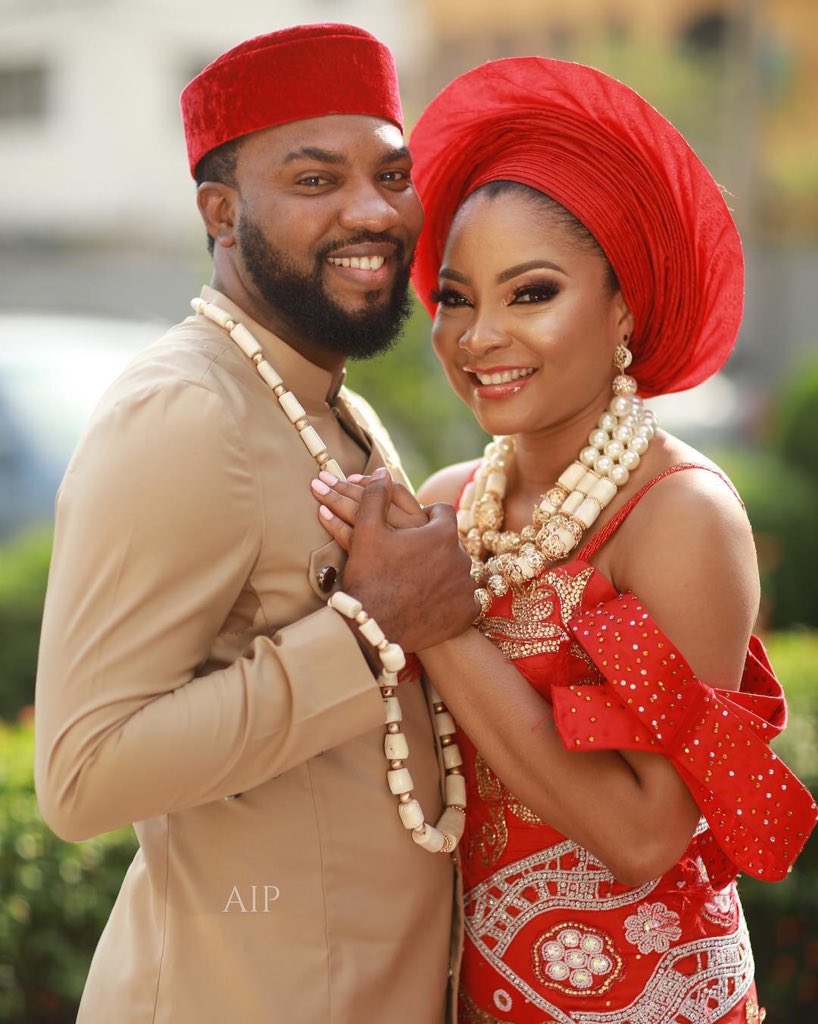 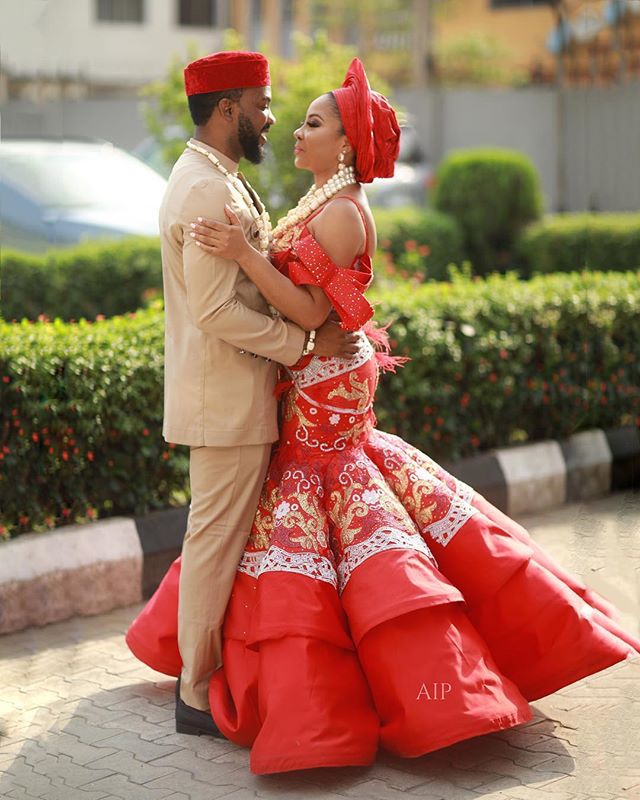 Why 7:21 is a Special Number for Pusha T and New Bride, Virginia Williams

Banky W & Adesua Etomi’s Wedding : The Good, The Baad and The Stylish