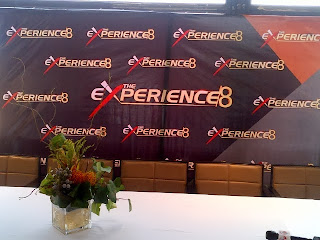 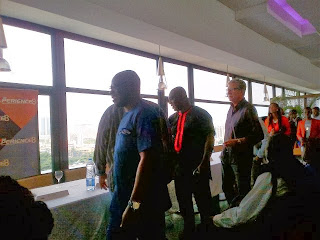 The Experience which is arguably the largest gospel concert in the world is in its 8thedition and would take place tonight at the Tafawa Balewa Square (TBS), Onikan Lagos.
Pastor Paul Adefarasin was joined by the guest artistes for the experience and pressmen from various organisations across the country.
In his opening speech, The Senior Pastor of the House on the Rock Church who is also host of the Experience observed a moment of silence in honour of the just passed away Nelson Mandela. He expressed his heartfelt sympathies to the people of South Africa and Africa at large. Pastor Paul stated that this year’s Experienceis tagged “Heaven on Earth” and it seeks to bind all Christians in Nigeria, regardless of tribe, creed and beliefs. He also said it is an opportunity for Nigerians to pray over salient issues of need in the country. 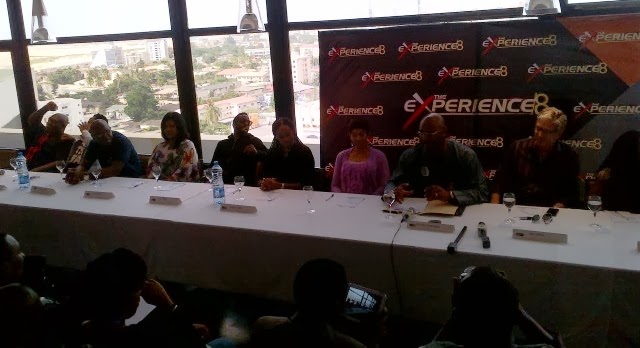 The guest artistes all took turns to make remarks. Freke Umoh believes the concentrated presence of God is going to be at the TBS tonight and urges people to come ready.
Cece Winans was a hit at the press conference as she was given traditional names by Freke and Pastor Paul Adefarasin respectively. Her Ibibio name according to Freke is Imabong (love of God) whilst Pastor Paul gave her Olufunke (God has given us this to care for).
Cece, who stated that her favourite place to sing in is Africa, prays that God does something tonight that would last forever.
For Tye Tribettwho already had a Yoruba name ( Olwuaseyi), he believes that Lagos, Nigeria is in need of healing and God told him the land will be healed.
When asked by our reporter if she was nervous for tonight since it was her first time at the Experience, Yolanda Adams replied that she was very confident and reliant in the abilities of God so there was no room for nerves. She is looking forward to a great time tonight.
It was a very relaxed and jovial press conference with Donnie McClurkin jr. leading the pack with the jokes and fun. For him, coming to previous editions of the Experience changed his whole view about the culture of America as a lot was taken from Nigeria there without them knowing. McClurkin, who is reeling from a series of personal losses in his family, made the sacrifice to come and is looking forward to a great time in God’s presence. The Experience for him is the greatest concert he has ever been in his life. 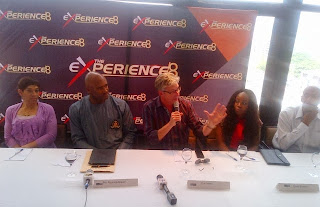 Don Moen who has been coming for the Experience added that for him (someone who has travelled so many countries around the world to minister), he is honoured to see the level of excellence in the House on the Rock protocol and her entire team.
This year’s Experience is different in a way as there are more indigenous guest artistes than there ever used to be. Indigenous artistes include frequent performers like Sammie Okposio, Mike Aremu, Midnight Crew and Experience newbies: Eben, Frank Edwards, Kingsley Ike, Freke Umoh and Glowreeyah Braimah. The indigenous artistes were all thrilled and humbled to share the same stage with gospel greats whose songs they listen to.
Pastor Paul Adefarasin iterated that he wants everyone, especially the media to help shed the light on positive events like this and celebrate good things happening in Nigeria rather than the negative things that are being spread by foreign media around the world. For him, he is looking forward to a time where the Experience will not only be happening in one place but at multiple venues simultaneously.
Musical talents expected for this year’s edition are: Sammie Okposo, Freke Umoh, Frank Edwards, Eben, Donnie McClurkin, Glowreeyah Braimah, Tye Tribett, Kingsley Ike, Yolanda Adams, Don Moen Micah Stampley (who will be joining the HOTR choir to sing the two stanzas of the Nigerian National anthem during the event) and the Midnight Crew. 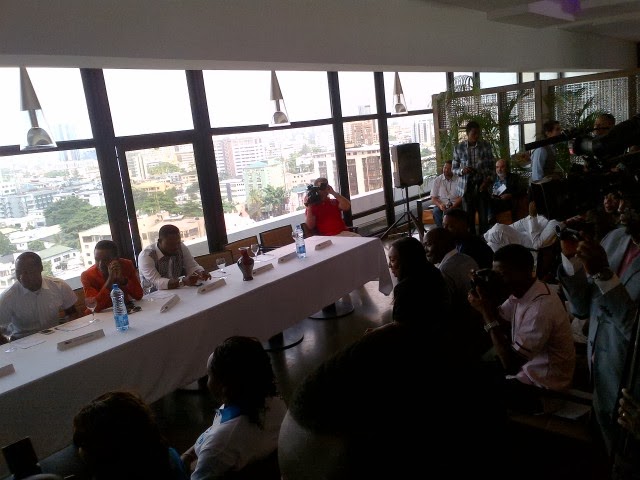 There you have it, where would you be tonight? It is safe to say: if you are in Lagos and do not come for the Experience tonight, you have succeeded in being nowhere. The event will be broadcast across Africa and parts of Europe, Asia and as many places as possible.
Previous Article