Kanye West had an interview with BBC Radio 1’s Zane Lowe, and he adds another title to his numerous ones (most of which he gave himself) LOL. One thing we can all agree on, is that Kanye has the biggest ego of them all and he is never shy to admit it. As a matter of fact, we are so used to Kanye being overly 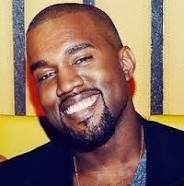 confident that we love him for it and cannot understand it when he goes humble.

He never misses an opportunity to tell you what he really thinks and doesn’t care what anyone says.. in this 1 hour interview which aired on Monday, Kanye says:

He however admitted that there was one person better and even at that… read what he said: (can’t stop laughing):

“there would be no Kanye West if it wasn’t for Michael Jackson ” wait for it guys, he goes:

“I’ve got to a point that Michael Jackson did not break down. I have reached the glass ceiling, as a creative person, as a celebrity…and I’ve been at it for 10 years,” he told Lowe. “I look around and I say, ‘Wait a minute. There’s no one around here in that looks like me. And if they are, they’re quiet as f–k.’ So that means, wait a second — now we’re seriously like, in a civil rights movement.”

he further went on to say that he was not getting the freehold to display his potential.

“I shouldn’t be limited to only one place of creativity,” he stressed sadly “You guys don’t understand — I did the Air Yeezys and they eBay’d for $90,000…but I didn’t get a call from Nike the next day”

He also appreciated his friend, Jay Z’s business acumen and noted that Jay Z had gotten the hang of things (Kanye, get some lessons from Jay, why don’t you?). To be fair, I was discussing with a friend the other day how Kanye is such a genius, he really is very good. You don’t have to wait for people to call you what you want to be called, start calling yourself that and everyone would follow suit.. e.g Mourinho and his self given title The special one.

When asked about Kim Kardashian and if he gets any time for himself, Kanye answered: “Yeah, it’s like family time. That’s what Kim gave me. She gave me everything, she gave me family, she gave me a support system. She was in a powerful enough situation where she could love me without asking me for money, which is really hard for me to find.”

So, do you agree with Kanye? In your opinion, who is the No.1 Rockstar on Planet Earth?

SEEN & HEARD : CUTE PHOTOS FROM ALL OVER THE WORLD