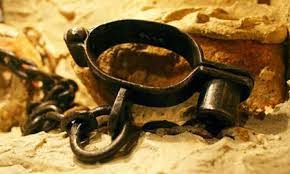 Please allow me to start by saying I missed Glace. That’s the truth.
More importantly, I missed the creative discussions I used to have with ‘the boss,’ Queen Omawumi. I call her the boss because for her it is either you go big or you go home. I totally agree with her. There must be a paradigm shift is must be the country we wish her to be in 2025.
For almost a month or thereabout, I have been very busy traveling and working on a ‘special’ project that made it difficult for me to write. This is added to the fact that there is hardly anything good to write about . But I took time to think about her, the land of my birth. Even now, I seem to be a slave of my thoughts of her. I love my father’s land. I love her people, but our ‘culture’ is why I’m drinking panadol.
Yesterday I listened to Brymo’s song – Down – from the album Merchants, Dealers and Slaves. In recent times nothing has come close to the song in describing the state of .
Brymo definitely had in mind as he sang of a town with a building where the chief sleeps with the thief’s wife while an aboki (a name that has become associated with almajiris in ) around the corner sleeps with the chief’s wife. And then, a neighbour’s daughter is pregnant for the thief’s child. Chei, rere run (there is trouble oh!).
This is really a theatre of the absurd; please permit the cliché. But then that is . The APC is seriously struggling for the jugular of the PDP. It carries itself as a better alternative to the PDP, yet they are the same political class that has grounded .
In fact, I think the APC is worse. And their defeat in Ekiti is a sign that Nigerians are beginning to see through their shenanigans. Too bad for them. I have always thought that they started too early to fight Jonathan, and that Nigerians being who they are will see through them before 2015. Now this has been proven too early.
Their anointed spokespersons (the Ruffians) have become so Jonathan-phobic that the whole drama is nauseating. They could hardly see beyond their noses. They have become so naïve that they couldn’t read the mood of Nigerians. But why should they bother? They and the PDP – the political class – are the merchants and the dealers, while the masses are the slaves. The merchants and the dealers never care about the slaves. The slaves are mere collateral damage.
So what are they trading on? … to be continued in the next article.
Previous Article

"THINK LIKE A MAN TOO" IS THIS WEEKEND'S BOX OFFICE NUMBER 1!