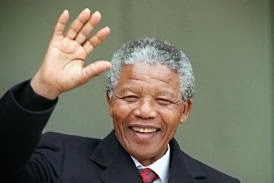 Nelson Mandela’s memorial was held at the FNB stadium in Johannesburg, South Africa today. The memorial which had about 91 world leaders in attendance is arguably the biggest gathering of world leaders in modern history.
One highlight if the memorial was when spiritual leaders of different religion & creed came up to take the opening prayer. The programme director of the event stated that Nelson Mandela would have wanted that. This goes to further cement the legacy of the late world Icon: Love, Unity, Peace and Freedom.

The stadium which is said to have a capacity of 95,000 was filled with people who braved the rain to pay their respects. It was said that the rain symbolizes peace and acceptance of Mandela into the gates of heaven. 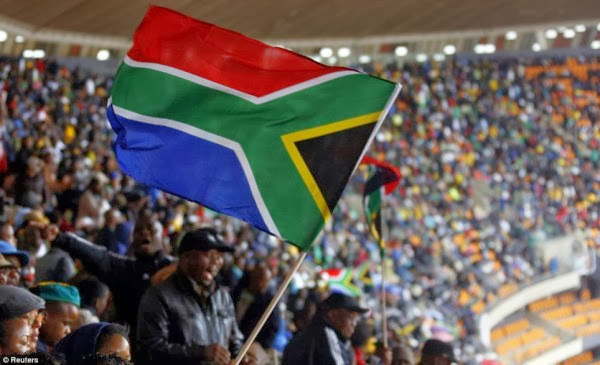 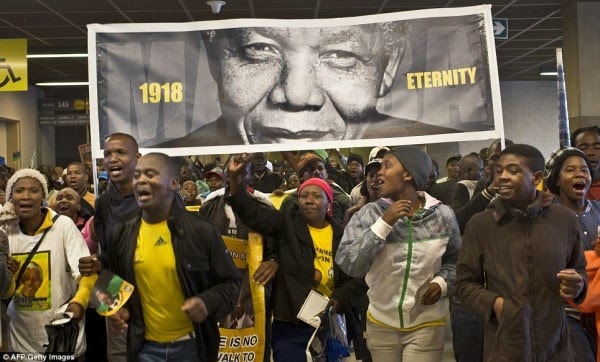 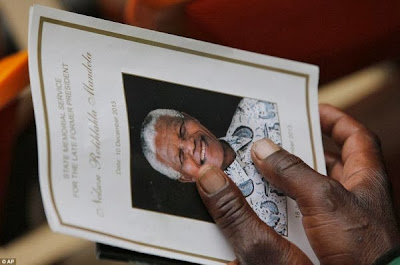 American Gospel artiste, Kirk Franklin was one of the musicians who performed at the memorial.
Mandela represented the moral conscience of South Africa and many are worried that with him gone, there may be agitation in the country.

“We will never see the likes of Nelson Mandela again, but let me say to the young people of Africa, you can make his life’s work your own… While I will always fall short of Madiba’s example, he makes me want to be a better man” -Pres. Barack Obama

South African president, Jacob Zuma gave the keynote speech at the memorial which was broadcast live on major news stations around the world. 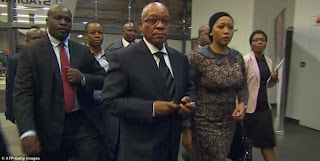 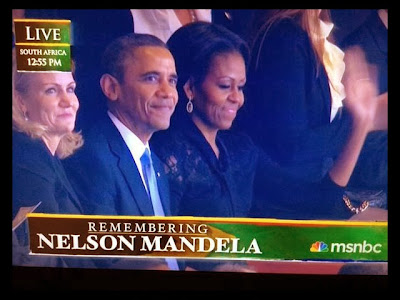 Africa’s Most Powerful women in Entertainment: THE ONES TO WATCH OUT FOR

BETWEEN THE DANISH PM AND THE OBAMAS