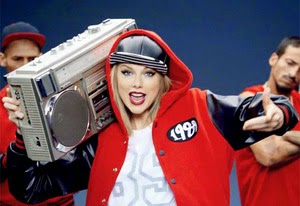 Taylor Swift has a new song and it is in a different genre from country: POP! And like all TS songs, it’s about someone. So you know if you offend her,you’re going to end up in a song. Reports have it that “Shake it Off” was written for an ex-boyfriend(but of course!) 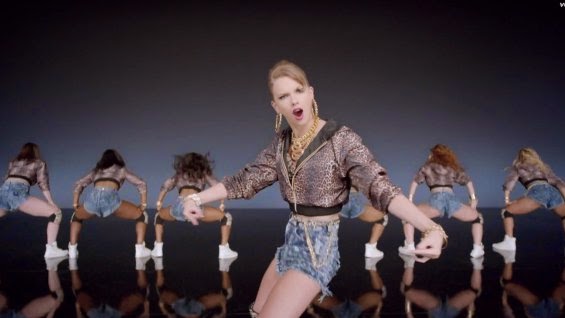 The idea behind the song is that I’ve had to learn a pretty tough lesson in the last couple of years : People can say what they want about us at anytime and we cannot control that. The only thing we can control is our reaction to it. I figure we have two options: we can let it change us.. option  two is, you can just shake it off. – Says Swift.

Anyways, we are having a ball with fun,upbeat and summery song (we may have played it quite
a lot….ssssh) and it’s our “song of the day”.

We give it a 4+ Star Rating but you can WATCH THE VIDEO  below and tell us if you think Taylor Swift succeeded in her Pop venture.

MTV VMAs : THE BEST HIGHLIGHTS, WINNERS PLUS ALL YOU DIDN'T SEE AND HEAR.