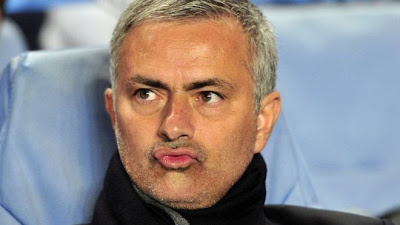 Jose Mourinho aka The Special One as he dubbed himself, may not have had a good night’s sleep after last night’s Champions League woe as FC Basel came from behind to seal a stunning 2-1 win at Stamford Bridge on Wednesday.
“I’m not in shock. The reality is that sometimes you don’t win. I’m not happy of course. We have taken a step back in qualification but we have five games left to finish in the top two,” Mourinho stated after Chelsea’s first Champions League group stage home defeat since 2003.
Mourinho, who has one of the best coaching careers in current history;  has already overseen Chelsea’s worst start to a Premier League season for a decade and, just five days after a 1-0 defeat at Everton, he has now suffered a second successive loss and one of the most embarrassing setbacks of his career. 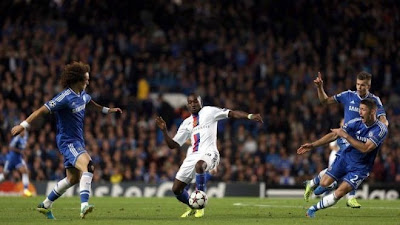 Blues owner, Roman Abramovich was seen shaking his head, with the home crowd booing their disapproval. Fans and football enthusiasts tweeted their shock at the home defeat, which is somewhat a rarity for Chelsea FC.
In all sincerity, Chelsea is not playing anywhere near “brilliant” at the moment but knowing Russian Billionaire; Abramovich’s style, should we expect a sack sometime soon? You remember what led to his dismissal from Chelsea the last time? (Reminder: an unimpressive 1-1 draw against Rosenborg in the Champions League 6years ago).
Hopefully, both team and coach are just trying to get to know each other better and will pick up form. Meanwhile, Arsenal is having a very impressive start, let’s hope they continue.