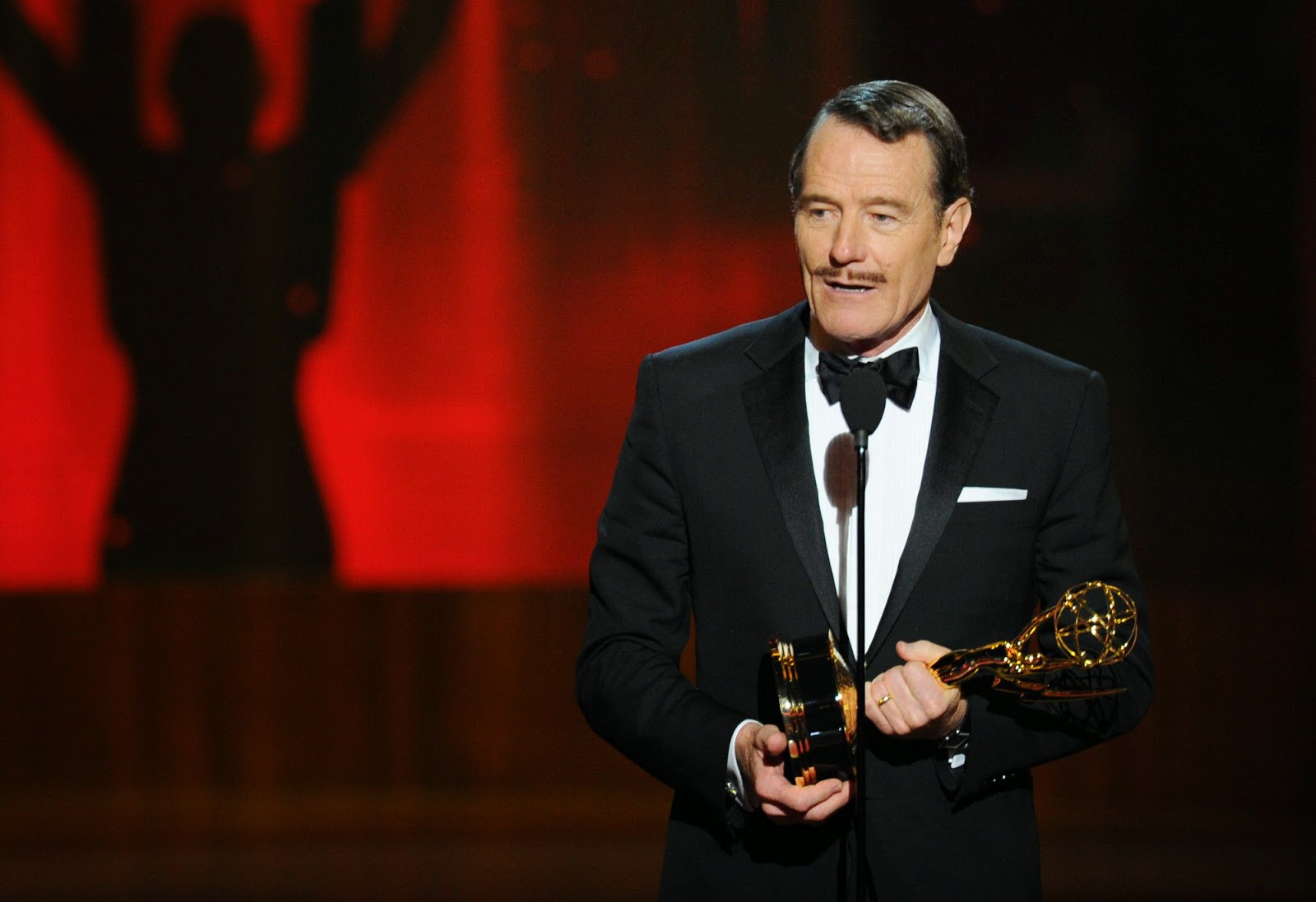 In an award thirsty period such as this, the Emmys couldn’t have come at a better time. Here are some of our best highlights from Monday night.
1. Breaking the Emmys:

Yeah Mr. White, yeah science! It was good to see one of our favorite shows break the Emmys in a bad (good) way. The now finished AMC hit show took home five awards. We couldn’t agree more with the creator, Vince Gilligan that this was a perfect farewell to a great show “Thank you so much for this wonderful farewell, you have been very kind to us indeed,” said Breaking Bad creator Vince Gilligan, who lauded his crew and cast for their work on the series. 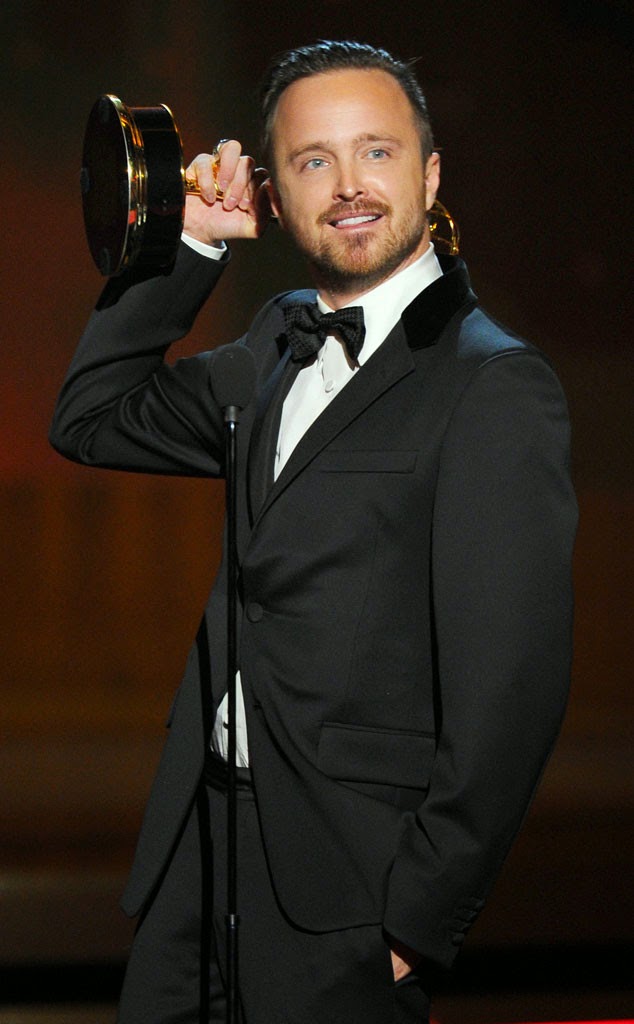 One for The Road: oh, and they all (Bryan Cranston, Aaron Paul and Anna Gunn) all got one award each.
2. Wanna Spin? :  Now if you need to put any TV actress on a turntable and let her spin who would she be? If we took a poll, you can be sure 80% would say Sofia Vergara. Oh well, the the Academy of Television Arts and Sciences Chairman Bruce Rosenblum after being introduced by Vergara asked the Latina to stand on the pedestal that spun 360 degrees as he spoke about the state of the Television industry. “What truly matters is that we never forget that our success is based on always giving the viewer something compelling to watch.” Rosenblum said while Sofia (compelling of course) spun some more and joked “Ok, enough enough, this is why I stopped doing the car shows”.
Now, we are certain this was done in a bid to pop some humor into the ceremony but some people are saying it was a very sexist thing to do. Sofia Vergara is a 42-yr- old successful actress (highest paid TV actress too) and if she wasn’t threatened to stand there, why should it be sexist? We all know Sofia is much more than just a hot body so why can’t we have that body on display? And she looked good in that white dress too. Let’s not find inequality in everything, enjoy some moments for what they are.
3. EGOT McCONAUGHEY?  Matthew McConaughey, who won an Academy Award for best actor this year (for “Dallas Buyers Club”), was nominated for his performance in HBO’s “True Detective.”Jimmy Kimmel, when invited on stage poked fun at McConaughey for rudely winning all the awards (“Should we just give you the BET Award for Best Male Hip Hop Artist, too?”). McConaughey didn’t win the category but that was a very hilarious one from Kimmel.
4. Do You Remember?

When they came up to present, Bryan Cranston and Julia Louis-Dreyfus had a little run in. Louis-Dreyfus couldn’t “remember” that Cranston was a guest star on Seinfeld and that the two even made out on camera.  On her way to the stage to collect her prize for Best Actress, Cranston rushed to her and swept her into a deep kiss (yeah, there was some serious tongue), until she finally remembered. It made for excellent TV and was probably the best highlight of the night. Little wonder they got Best Actor and Actress respectively.