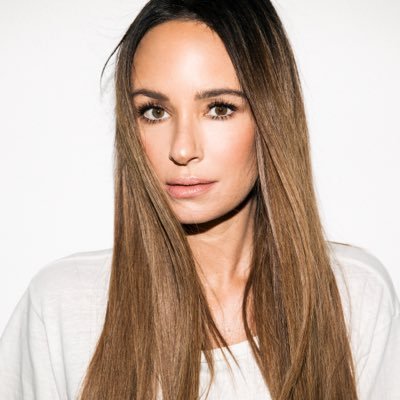 Now former E! Entertainment TV news anchor and host Catt Sadler has explained why she left her job after 12-years. In a statement which was posted on her official website, Sadler revealed that it was a massive disparity in pay  –  her male co-host (Jason Kennedy) had been receiving “close to double [her] salary for the past several years.” – that made her resign from E!

Sadler’s exit was announced Monday, and in her Tuesday statement, explained that the information about the unequal pay came to her attention this year after she was named a co-host of “Daily Pop,” “which meant double duty.”

“Coincidentally, around this same time an executive from E brought something alarming to my attention — namely, that there was a massive disparity in pay between my similarly situated male co-host and myself” she wrote. “More recently, when E reached out to renew and extend my deal, I learned that he wasn’t just making a little more than I was.” she wrote.

Read Her Full Statement Below:

I know first hand that dreams do come true. For the past twelve years, I’ve been living mine out loud as one of the hosts on E television. For more than a decade I’ve walked through the doors at E and traveled into people’s living rooms around the world. I’ve reported from a royal wedding, the Olympics, and the Oscars. I’ve been to film festivals in France, movie premieres in Rio, and fashion week in Paris. I’ve gotten chased by the paparazzi on camera while shopping with Kris Jenner, co-hosted shows with Khloe, Kim and Kourtney, and interviewed Kendall and Kylie back in those early Keeping Up days when no one could remember their names. It has been unpredictable, intoxicating, rewarding and hard work. Five days a week since February 2006. First, for The Daily 10 and later for E News. 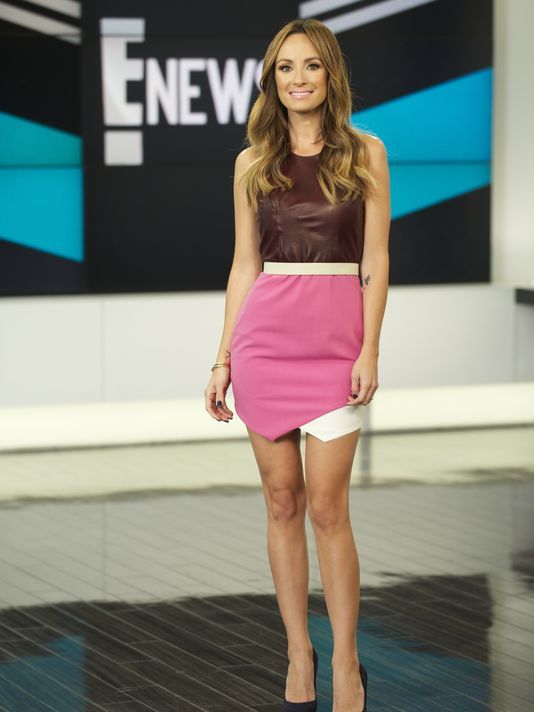 Then, this year happened. Daily Pop was born. I was named host which meant double duty. Hosting a live, two-hour daytime show while also hosting E News most nights. It was creatively challenging but genuinely one of the most fulfilling years of my professional career. Coincidentally, around this same time an executive from E brought something alarming to my attention — namely, that there was a massive disparity in pay between my similarly situated male co-host and myself. More recently, when E reached out to renew and extend my deal, I learned that he wasn’t just making a little more than I was. In fact, he was making close to double my salary for the past several years.

Information is power. Or it should be. We are living in a new era. The gender pay gap is shrinking, although admittedly we have a long way to go. And well, I learned this first hand. My team and I asked for what I know I deserve and were denied repeatedly.

Know your worth. I have two decades experience in broadcasting and started at the network the very same year as my close friend and colleague that I adore. I so lovingly refer to him as my “tv husband” and I mean it. But how can I operate with integrity and stay on at E if they’re not willing to pay me the same as him? Or at least come close? How can I accept an offer that shows they do not value my contributions and paralleled dedication all these years? How can I not echo the actions of my heroes and stand for what is right no matter what the cost? How can I remain silent when my rights under the law have been violated?

It’s scary. I am a single mother of two boys. The unknown can be terrifying, but it can also be the most beautiful gift. Countless brave women have come forward this year to speak their truth. Females refuse to remain silent on issues that matter most because without our voices, how will we invoke lasting change? How can we make it better for the next generation of girls if we do not stand for what is fair and just today?

It was my desire to stay at my job. To continue entertaining our loyal viewers around the world. To keep working alongside some of the best writers, directors, and producers in the game. Everyone from the studio crew, hair and makeup artists, to the security at the front door are true friends of mine. They have been my work family and I love them dearly. Unfortunately, however, my decision was made for me and I must go.

I will find more work. I will create content with meaning. I will continue to pursue my passions while making my children proud. The way I see it, I have an obligation to be an agent for change.

It was important for me to explain my departure. I did not want to disappear from your television screens and have you wonder why. Thank you for your precious time all these years. Thank you for the support. Thank you for the constant exchange of ideas on social media as well. This chapter is over and a new one begins.