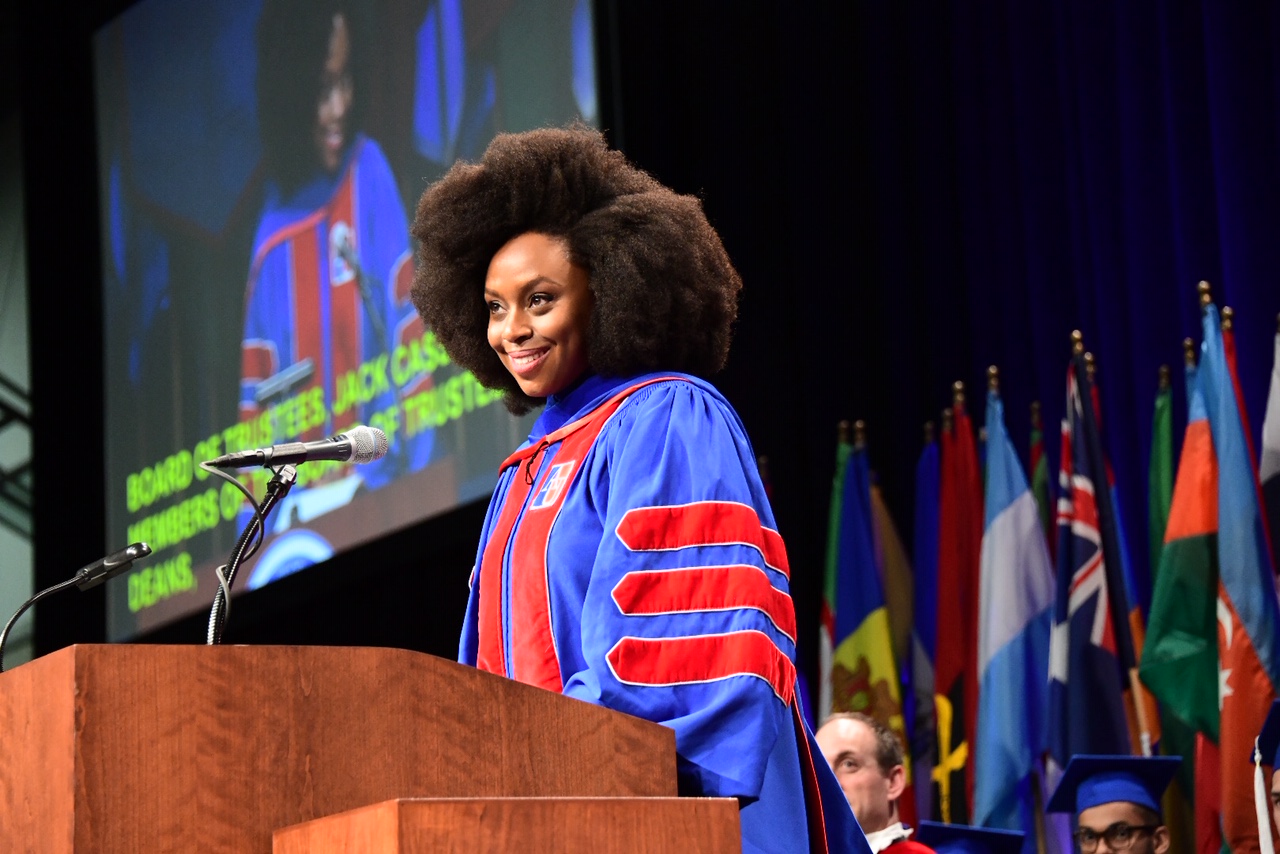 Award winning writer, Chimamanda Ngozi Adichie delivered the commencement address to the College of Arts and Sciences at the 137th commencement ceremony of the American University on May 11th, 2019.

The commencement ceremonies which held on May 11th and 12th, 2019, had speakers from across different spheres – politics, arts, finance, communications and justice – in its line up. Alongside Adichie, some other speakers were former Democrat candidate for governor and minority leader of the Georgia House of Representatives, Stacey Abrams, and president of Viacom Nickelodeon Consumer Products, Pam Kaufman who both spoke at the School of Public Affairs and School of Communications respectively.

Her speech was filled with wisdom and laced with humor. “As you prepare to soar away on your eagle wings today, as you graduate with your hard-earned degrees, please don’t think of today as the day you stop being a student. Be a student for the rest of your life, and the best way to this is to read; every day. Preferably books but otherwise anything continuous and relatively long”. “Which means Twitter doesn’t count” she joked.

Chimamanda Adichie was also awarded a Doctor of Humane Letters, Honoris Causa degree by the American University. This would be the 8th honorary degree received by Adichie from a major US university in light of her exceptional achievements as a novelist and speaker.

Arguably the most famous African writer in recent times, Chimamanda Adichie’s award-winning novels, short-stories and talks have been celebrated globally and have set the tone for conversations about feminism amongst other topics.

5 Ways to Improve Your mental Health in a Challenging Environment