We don’t do these kind of stories but we have been monitoring the situation since yesterday and could no longer turn a blind eye to the injustice.

Yesterday, the leadership of the Ugborodo Escravos Trust and their faction, allegedly sent ships of Naval Officers to kill the villagers.  We spoke to some of the villagers and they informed us that the women all got naked and stood in front of the river bank as a form of protest against the Navy.

The attack is said to be borne out of frustration on the part of the Ugborodo Trust Leadership because the villagers are against the current trust leadership seeing as there is no light, portable water and development in a village that is responsible for a major part of Nigeria’s wealth. 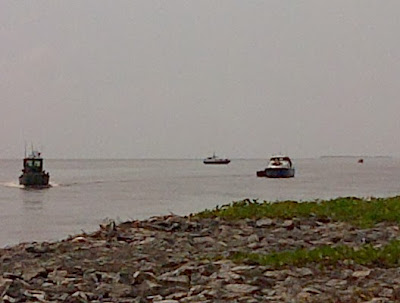 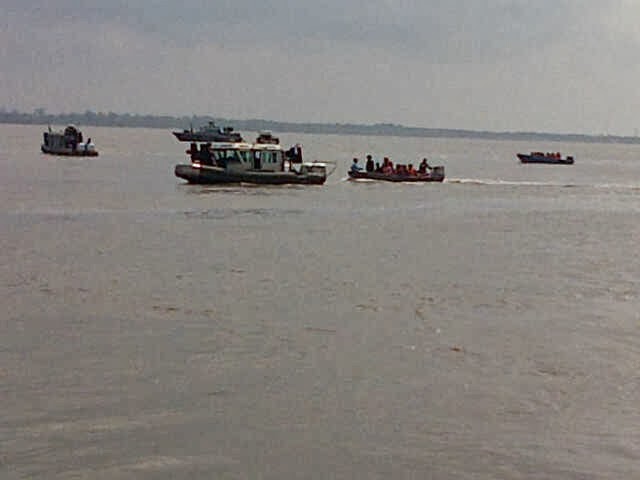 Apparently, that only stalled the attack as the villagers were sacked this morning and attacked with tear gas. Some individuals with guns were able to enter the village through the canal and attacked the defenceless villagers.  We were able to speak with a few of the villagers since everyone is running for their lives. As we write, the attack is ongoing, one of the people we spoke with is hiding in the bush with her 87 year old husband.
We can inform you that witnesses saw the killers(Tools of the sponsors) opening the bellies of the people they killed and throwing them in the water just so they don’t leave any evidence behind. We could not get more pictures because of the danger involved.

Parents,spouses and  children have been separated and we cannot tell you exactly how many people have been killed but seven people are feared dead at this moment.Our witnesses have given us a few names of the killers they saw but we will not write that for now until we get further verification. reports say the Naval officers are still there…

How does an individual or a group of individuals pay the Navy that is supposed to protect the people to be against the people? President Goodluck Jonathan and Governor Emmanuel Uduaghan you are needed urgently!

Fact: Ugborodo is an Oil rich  community in Warri South-West LGA of Delta State Nigeria, home to Chevron Nigeria Limited.
Note: Send us pictures if you have them.
Previous Article

GWYNETH PALTROW WANTS TO HELP YOU GET YOUR PRE-HOLIDAY BODY BACK!