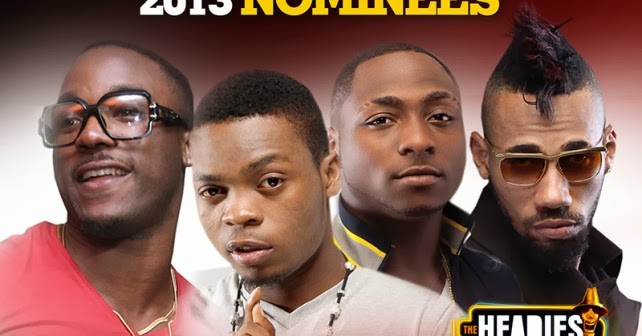 1. BEST RECORDING OF THE YEAR
A non-voting category for the best single recording by an artiste or group in year under review.
1. I WISH – WAJE
2. GOOD MORNING – BRYMO
3. NATURAL SOMETHING – SOUND SULTAN
4. THIS YEAR – JAYWON >>> WINNER
ANALYSIS: We bless God for Jaywon, this year, this year.

ANALYSIS: we are going to say this only once; Olamide deserved all his awards! He has been phenomenal, rose like a phoenix above unflattering comparisons between him and the late rapper, Dagrin and and found his perfect style.

19. ARTISTE OF THE YEAR
Most critically and commercially adjudged artiste in the year under review. Overall most successful artiste for the year under review.
1. IYANYA >>>> WINNER
2. DAVIDO
3. WIZKID
4. FLAVOUR
5. OLAMIDE
6. ICE PRINCE
ANALYSIS: Well, Iyanya had a massive year especially the time in review. It’s rather surprising that Wizkid didn’t get any awards or did they “Kanye” him? Wizkid has been more than amazing!
20. SONG OF THE YEAR
A voting category for the most popular song in the year under review. This category is usually decided by voting.
1. DUROSOKE – OLAMIDE
2. UR WAIST – IYANYA
3. ALINGO – P-SQUARE
4. SHO LEE – SEAN TIZZLE
5. LIMPOPO – KCEE WINNER
ANALYSIS: Big ups to Kcee.. oya Limpopo, baby go limpopo. where’s Presh though? who would have expected Kcee to make it better than Presh? He seemed to be the one who sang more then… reminds me of JC Chasez of Nsync and Justin Timberlake.
21. BEST AFRICAN ARTISTE
A non-Nigerian award category for an individual African artiste with the most outstanding album and astonishing achievements in year under review.
1. R2BEES
2. MAFIKIZOLO
3. LIQUID DEEP
4. SARKODIE
5. MICASA
What happened to this category?
Other awards:
Hall Of Fame
Wasiu Ayinde The 1st

Most Downloaded Callertune
Mandela – Harrysong
Congrats to all the winners!
Where we didn’t write any analysis, we had no problem at all.
WHAT DO YOU THINK? HAVE MORE TO SAY?
Previous Article