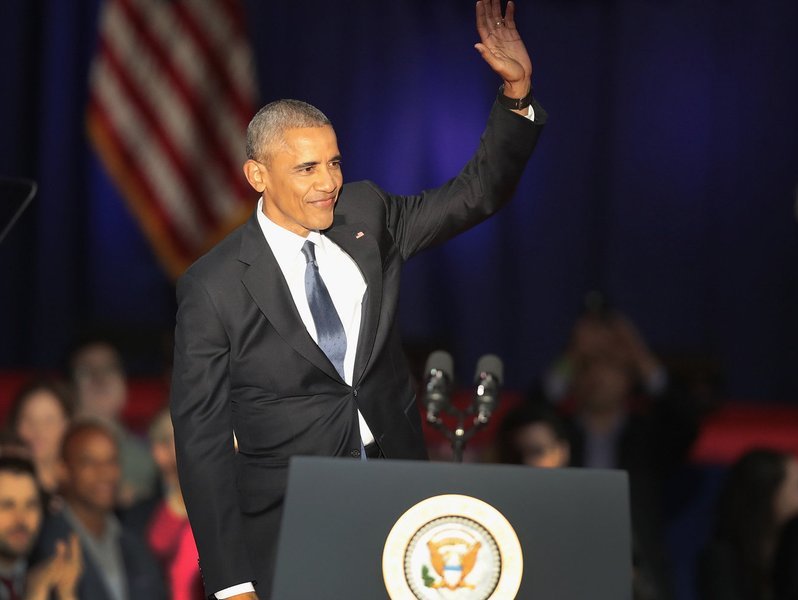 In his final address to the nation, outgoing American President, Barack Obama was expected by many to use the time to remind America of his presidential successes, give the most flamboyant speech of all time or mention things he did that historians will later use to define his legacy. But instead, Obama moved from a partisan speech and focused on sending a message to the American citizens and to the world, what he called ‘the State of Our Democracy” . He appealed to Americans to recognize and work to resolve matters which were an existential threat to the country’s democracy.

If you are like us, you may have fought down a tear or two. We have listed out our favorite quotes from his speech

“Understand, democracy does not require uniformity.  Our founders quarreled and compromised, and expected us to do the same. But they knew that democracy does require a basic sense of solidarity – the idea that for all our outward differences, we are all in this together; that we rise or fall as one”

“After all, if every economic issue is framed as a struggle between a hardworking white middle class and undeserving minorities, then workers of all shades will be left fighting for scraps while the wealthy withdraw further into their private enclaves.  If we decline to invest in the children of immigrants, just because they don’t look like us, we diminish the prospects of our own children – because those brown kids will represent a larger share of America’s workforce.  And our economy doesn’t have to be a zero-sum game”

Obama Appeals to Americans to Uphold The Country’s Democracy

“Laws alone won’t be enough. Hearts must change,” he said. “If our democracy is to work in this increasingly diverse nation, each one of us must try to heed the advice of one of the great characters in American fiction, Atticus Finch, who said, ‘You never really understand a person until you consider things from his point of view … until you climb into his skin and walk around in it.’”

“Democracy can buckle when we give in to fear.  So just as we, as citizens, must remain vigilant against external aggression, we must guard against a weakening of the values that make us who we are”

“Our democracy is threatened whenever we take it for granted.  All of us, regardless of party, should throw ourselves into the task of rebuilding our democratic institutions.  When voting rates are some of the lowest among advanced democracies, we should make it easier, not harder, to vote.  When trust in our institutions is low, we should reduce the corrosive influence of money in our politics, and insist on the principles of transparency and ethics in public service”

“If you’re tired of arguing with strangers on the internet, try to talk with one in real life.  If something needs fixing, lace up your shoes and do some organizing.  If you’re disappointed by your elected officials, grab a clipboard, get some signatures, and run for office yourself.  Show up.  Dive in.  Persevere.  Sometimes you’ll win.  Sometimes you’ll lose.  Presuming a reservoir of goodness in others can be a risk, and there will be times when the process disappoints you.  But for those of us fortunate enough to have been a part of this work, to see it up close, let me tell you, it can energize and inspire”

And then he got the crowd roaring and on their feet when he spoke about the First Lady, Michelle Obama.

“Michelle – for the past twenty-five years, you’ve been not only my wife and mother of my children, but my best friend.  You took on a role you didn’t ask for and made it your own with grace and grit and style and good humor.  You made the White House a place that belongs to everybody.  And a new generation sets its sights higher because it has you as a role model.  You’ve made me proud.  You’ve made the country proud”.

“Malia and Sasha, under the strangest of circumstances, you have become two amazing young women, smart and beautiful, but more importantly, kind and thoughtful and full of passion.  You wore the burden of years in the spotlight so easily.  Of all that I’ve done in my life, I’m most proud to be your dad”

The Curious Case Of Chinese Clubs