After the UEFA Draws results were announced, I saw someone re-tweet some tweets that were posted by someone(some people) whose handle was @uefacorruption on twitter. what amazed me was that the person supposedly tweeted predictions of the draws correctly for every club, 1 day before the draws were announced. see the tweets below: 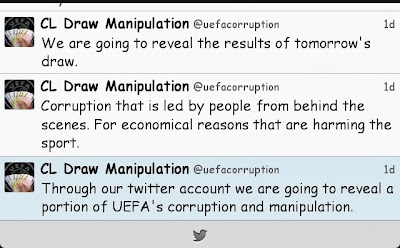 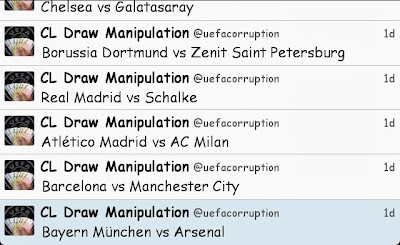 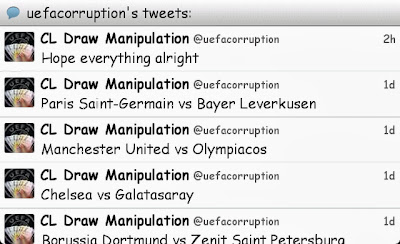 Mind boggling isn’t it? shocked doesn’t begin to cover my feeling at first, as a matter of fact; I was sold on the idea that UEFA was indeed corrupt, how could someone predict every outcome correctly? Then I noticed something else: Why did their mentions only have replies from after the draws and not when they were making their predictions? I decided to dig a little and voilà, see what we have! 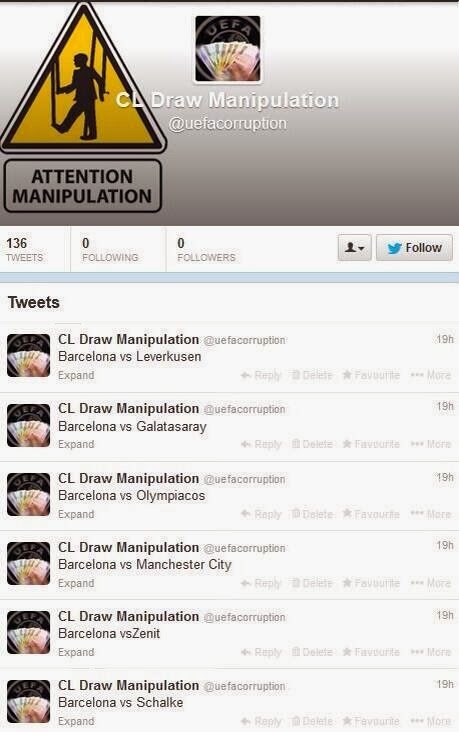 Apparently, they tweeted all 48 possible outcomes and deleted the incorrect ones after the draws today. They probably got their friends or their other twitter accounts to draw attention to the @uefacorruption account because their followers skyrocketed and they are currently trending on twitter.
Now who is corrupt? what people would do for fame… pretty brilliant effort I must admit.
Previous Article

UEFA CHAMPIONS LEAGUE ROUND OF 16 DRAWS: WHO GOES THROUGH?