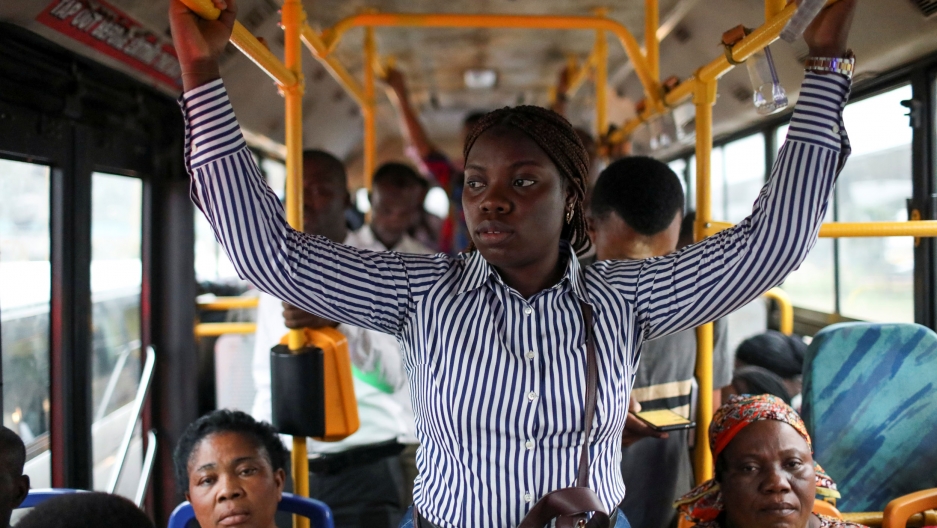 As we welcome the New Year, I cant help but reminisce on the last time I went home, last year. 2020 was rough for the most part and I was done being in Lagos the moment we welcomed September. The time came to travel back home last December, and I was pumped. I booked my bus three days prior to the 23rd. Even though the transport cost was unnecessarily high; at 15,500, I didn’t mind. I was so excited about this trip that I even packed my box two days to the travel date, which is unlike me.

The 23rd came and off we went to the park. I was travelling with a friend. We got to the park at past 6am, Our bus was for 7am and we didn’t want to risk paying extra 1k for coming late. We got our tickets and waited almost an hour before boarding and we had to pay extra 1k because we had too much luggage. We didn’t care though, seeing goodbye Lagos and welcome to delta state was the only thing we were thinking about. It was a Warri here we come kind of day.

We moved!!! With our cookies, water bottles, facemask, hand sanitizer, toilet paper, wet wipes we were ready for this journey, or so we thought. We had just left Lagos when the driver noticed something was wrong with the bus. He managed it until we got to a little village in Ogun State. The bus then stopped. The driver then got down, got under the bus and fixed it for us to manage it to a place where we can get it fixed.

Finally, we got the bus to a place where it can be fixed. We all came down and waited a while. After it got fixed, we happily jumped in and we were on our way. A few seconds later, the bus started acting out again and we quickly turned back. The guy didn’t fix it well, we needed to take it to an electrician. We came down again and off they went to fix the bus. The bus came back fixed, we entered again and continued on what seemed like an endless journey to my city.

We stopped at Ore, bought suya, bought “agbalumo” and waited for everyone to come back to the bus, so we can continue our journey. I was excited because getting to Ore meant we had 4hrs left until we get to Warri. I think after I had that thought, the road looked at me, laughed and said “Now your suffer begins”. That has to be the reason why a tanker will just fall in Edo state.

Not one but two trailers had fallen just ahead of us. My friend and I were as frustrated as everyone in the bus at this time. The soldiers allowed us to pass one way as long as we maintained just one lane but trust lawless people to disobey. They got angry and told everyone to turn back. So we stayed there for 30minutes before a unanimous decision was made, we would go and pass through Ondo to enter Benin and they said it would take us 4hrs to do that. We donated funds for petrol and off we went turning from Edo to go pass Ondo, we even waved people goodbye as we passed them.

It took us almost 4hrs just to get from Ondo to Akure, I was getting very angry because these people told us Ondo to Benin is 4hrs instead of the almost 8hrs that it actually was. It was past 9pm and we still weren’t close to Warri. We were getting calls and messages from all our family members as it was getting really late and everyone was worried.

The driver was driving so fast because the road was not safe. At one point, the bus swerved so hard that I thought we would enter the bush but the driver handled it like a pro that he was and we kept going like nothing happened. A lot of times, we would scream Jesus at the top of our lungs in fear and he would even bulge. We finally got to Sapele at past 11pm and made it to Warri in one piece. I flew into my family friends car and was over that journey because to me, it will never happen again.

I got home at almost 12am and well, I can boldly say it was definitely onee of the top 2 worst journeys of my life. However, asides all that, it felt so good to be back in The Oil City of Warri.

4 Unhealthy Habits That Ruin Your Skin.

7 Foods That Help Boost Your Mood