Entertainment, Reviews
March 22, 2014
by admin
0
Yesterday, an excited Kim Kardashian informed the world of her Vogue magazine April cover and then  a volcano erupted. 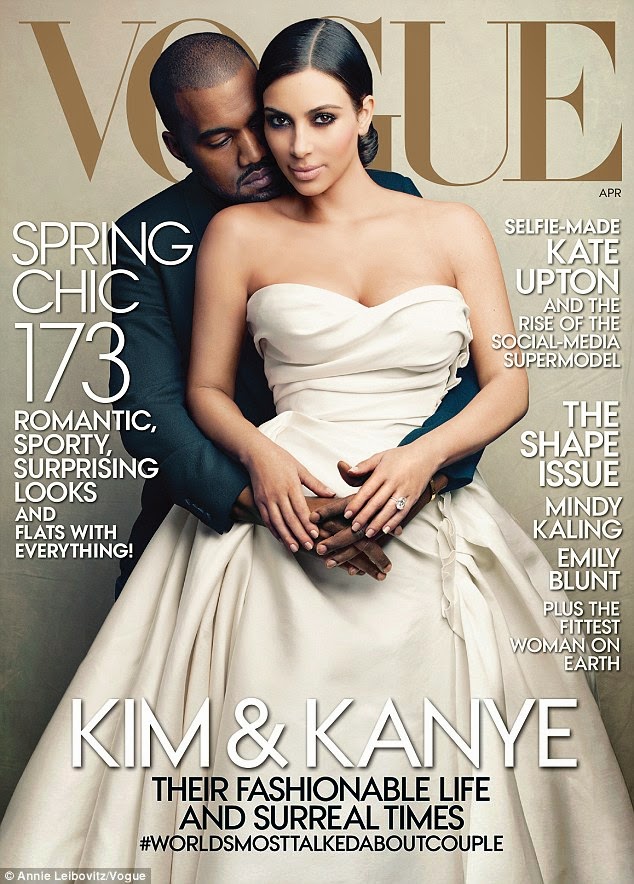 Whilst some people loved it, some “Vogue subscribers” and “non-subscribers” alike were protesting and saying they were going to cancel their subscriptions because Kim was on the cover. Even Sarah Michelle Gellar had to get a slice off the attention by tweeting she was cancelling her Vogue Subscription, I saw her tweet and thought to myself “how about getting  more acting jobs so we don’t have to always use buffy the Vampire Slayer  to remember who you are?”

I asked myself “What is so bad about Kim on the cover?”  For the amount of people that claim to hate this lady, she is one of the most followed celebrities on Social Media.
Vogue called Kim and Kanye the #WorldsMostTalkedAboutCoupleand they just about proved that right. I cannot remember a Vogue cover that has gotten this much attention in recent times. Kim and Vogue were trending in different countries and in all Social media sites. Vogue must be clicking in their offices, smiling and saying to themselves “we did the right thing by putting KimYe on the cover” because trust me, every publicity is GOOD publicity.
You know what really impressed me? Some weeks back, the buzz was about how Kendall Jenner (Kim’s little sister) made it to Vogue before her and may just get a Vogue cover before Kim. We even asked that question here at GLACE. I loved how Kim kept quiet and didn’t say a word; she waited for her time and announced her Vogue cover.  According to EBONY Magazine’s contributing editor Love B. Scott, “That’s how you do it, drop your success on top of their heads! #BOOM”
Here are a few questions:
1     1.   That she made a sex video, should it be held over a head the rest of her life?
2      2.     Is Kim Kardashian the only one in the whole world to have made a sex video?
3      3.   Think about all the Vogue covers (as many as you can remember in their more than 100yrs) has it been     just  saints on the cover?
4.  Is kanye West an excellent artiste?
5.  Has Kim been able to pick herself up and become one of the most hard-working celebrities?
6.      Is the April cover beautiful? 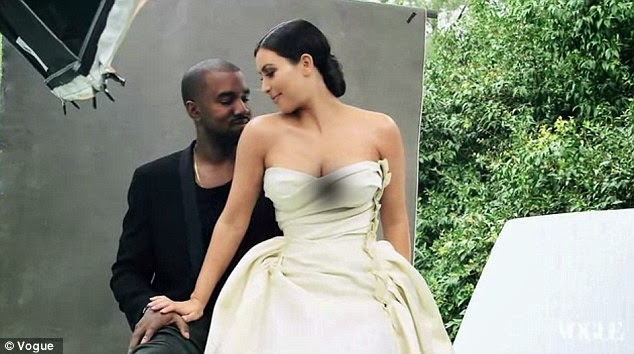 Now I ask again, why are you really mad about Kim and Kanye being on the cover of  Vogue?
#SmileandBreathe
Previous Article

AMVCA 2O14 RED CARPET: THE GOOD, THE NOT SO GOOD AND THE DOWNRIGHT BAD!