The BBA season 5 winner had previously announced that he was releasing a Christmas single. The song which was produced by the brilliant Mac Roc, is titled O Holy Night. 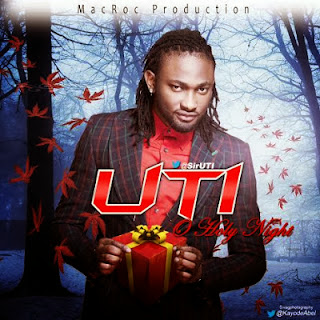 Score: Although the Jara Presenter had  released  a rock song some years back, he really isn’t viewed as a singer. Uti totally impressed with his rendition of the popular Christmas carol that has been covered by so many famous singers like Mariah Carey, Michael Bolton , Lea Michele etc. The fact that  Uti added a kind of rocky, raspy sexy feel to the song was a nice touch.

Sorry, haven’t mastered how to post music on blogger yet (please don’t laugh) so you have to listen or download HERE and tell us what you think.