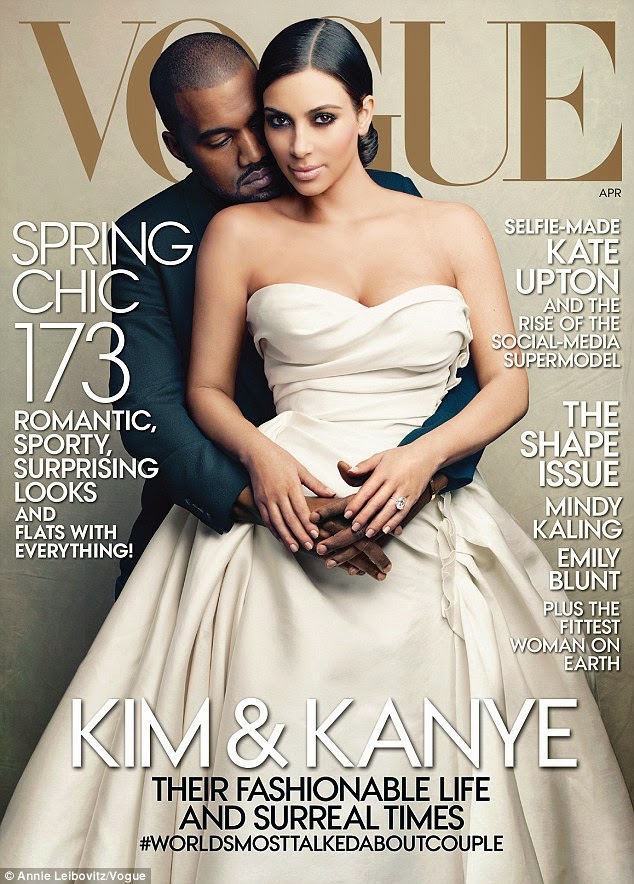 Oh not this over exposed couple again! did you just lament?  well, seems the couple’s title as the #WorldsMostTalkedAboutCouple  seem to be sitting pretty on their perch. 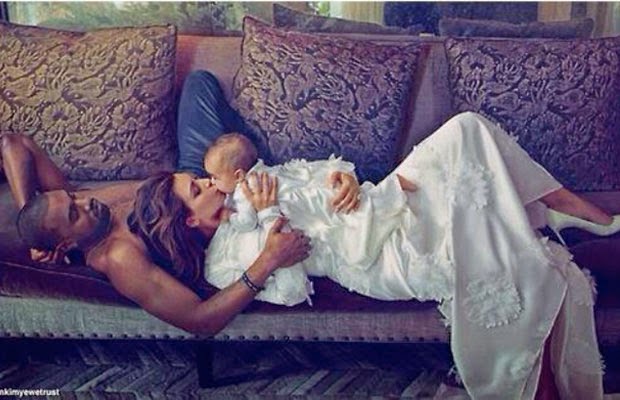 As we  analysed when the cover was released, Anna Wintour knew exactly what she was doing putting Kim Kardashian and Kanye West on the cover of Vogue  and it really paid off! Like we said then, every publicity is sgood publicity and guess who’s smiling to the bank? you guessed right: VOGUE! According to reports, With 500k copies sold on news-stands, Kim and Kanye have the most in-demand cover in Vogue magazine’s historyAlthough Kim  was caught on Camera ( probably her Keeping Up With The Kardashian camera crew) buying out some copies to give out as well, we do know that achieving a 500k print sales in this digital age is a really big deal.
This record bumps out the Beyonce and Michelle Obama Vogue sale record of 350K and 300K copies sold respectively.we’re also told that if you add in subscriptions, that number more-than-doubles — wto a total of 1.2 million issuesof the Kimye cover out there total.
We’re sure Sarah Michelle Gellar and the rest “un-subcribers” will be biting their finger nails as we write this. Congrats to #Kimye and Vogue on this success. Dont hate, celebrate!

EUPHORIA: COULD SHE BE THE NEXT BEST THING?