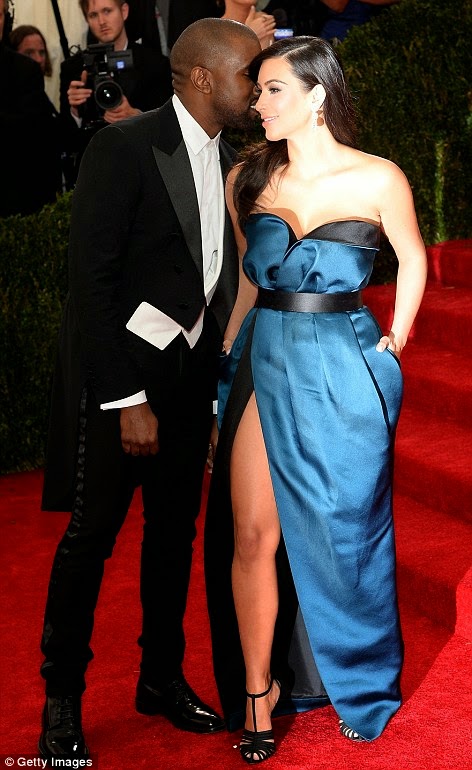 At first, it was certain that Kim Kardashian and fiancé, Kanye West would wed in Paris. Now, that certainty is shaky as there are reports that claim the couple would say “I do ” in Florence, Italy, on the 24th of May.
A spokeswoman at the Florence mayor’s office, Elisa Di Lupo confirmed on Friday that the power couple will get married at the city’s imposing 16th century Belvedere Fort on May 24.
The couple rented the fort, located next to Florence’s famed Boboli Gardens, for 300,000 euros ($410,000) and a Protestant minister will preside, spokeswoman Di Lupo said.
There has been no explicit confirmation from either Kardashian or West. In an email  to The Associated Press on Thursday, Kardashian’s representative Ina Treciokas said she wasn’t able to comment on reports about the nuptials.
But in an interview with Florence’s La Nazione newspaper Friday, West praised  the beauty of Florence and said he was “very excited” about the May 24 nuptials.
He said he and Kardashian had come to Florence last year, incognito, and believed that their daughter was conceived “among the Renaissance masterpieces.”
On Thursday, a source told ET that Kardashian and West are actually having a dinner in Paris the night before the wedding, but will fly their guests to Italy on private planes for the ceremony.
Considering that Kim Kardashian had a surprise bridal shower with a Paris (from the much we could see of the very private shower) theme on Saturday last week, one doesn’t know what to believe about the Kimye wedding anymore.

The question is : Where really, is the KimYe wedding taking place?

We will not be surprised to hear that the wedding date (May 24) is just a decoy and the actual date kept a secret. hmm, with the amount of publicity this couple is getting about their wedding, we must give them credit on how they’ve managed to keep things under wraps till now.
Previous Article